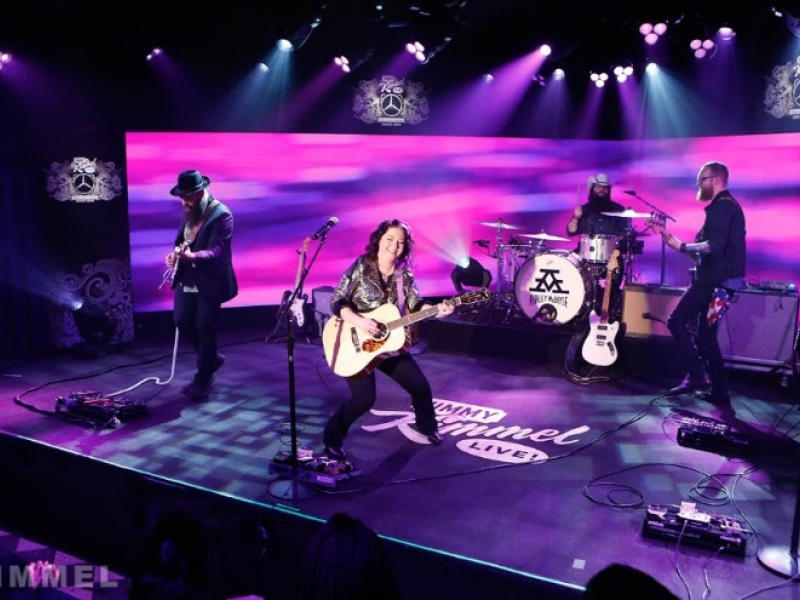 “The record is a proper introduction to a true-blue talent, one who is capable of injecting personality into all types of country songs,” proclaims The Fader on Atlantic/Warner Nashville’s newcomer Ashley McBryde’s major label debut, Girl Going Nowhere. Friday’s 11-song Jay Joyce-produced album has received rave reviews from Rolling Stone and Variety, a “Next-Gen Nashville” Billboard feature, inclusion in NPR’s All Songs Considered and half-page features in both The New York Times and Sunday’s issue of The Washington Post.

Prior to recording Nowhere and signing a deal with a major label, McBryde spent the better part of her adult life driving between Nashville, Memphis and her hometown of Mammoth Spring, Arkansas playing any biker bar or dive she could book. There were nights when she didn’t know if she had enough gas in the tank of her teal 1971 pick-up to make it home, yet she would listen to the radio to distract herself from the then-grim reality.

Now, when she turns the dial she hears everything from her single, “A Little Dive Bar in Dahlonega,” on Country radio, to album cut “American Scandal” on SiriusXM’s The Highway, to NPR discussing none other than “Radioland,” as featured in this week’s broadcast/podcast of All Songs Considered, which deems Girl Going Nowhere a “fantastic album, that is just what country needs. The cheap comparison would be female Chris Stapleton, but Ashley is her own woman. She really does however, combine the energy of rock, the earnestness and simple beauties of prime-era Springsteen or John Mellencamp; her songs are about family, working people, about living your best life when your best life is maybe on the outskirts of town on a ranch house with a manual lawnmower.”

McBryde took to ABC’s Jimmy Kimmel Live! stage (on 4/2) to perform her “resilient” (Rolling Stone) single, “A Little Dive Bar in Dahlonega,” and Tuesday evening (4/3) she plays an album release show at Los Angeles’ The Roxy before rejoining Luke Combs on tour.

About Ashley McBryde
Lauded by The New York Times for her “clean, powerful and slightly creamy voice,” Ashley McBryde caught the attention of some of Nashville’s most raucous entertainers, landing her dates opening for Eric Church, Chris Stapleton, and, most recently, Miranda Lambert and Luke Combs. The Washington Post raves, "McBryde's blue-collar storytelling and straightforward singing set her apart," including a set during her debut on the Grand Ole Opry stage, notably sharing "Girl Goin' Nowhere," the seminal title track from her March 30, 2018 Jay Joyce-produced LP for Atlantic Records/Warner Nashville. McBryde was the most added new artist and most added female with her debut single “A Little Dive Bar in Dahlonega.” The track hit No. 1 on SiriusXM’s The Highway Top 30 in 2017 and is currently Top 35 and climbing at Country radio. Learn more about McBryde at AshleyMcBryde.com or follow her on Facebook at https://www.facebook.com/AshleyMcBryde, Instagram @ashleymcbryde and Twitter at @AshleyMcBryde.