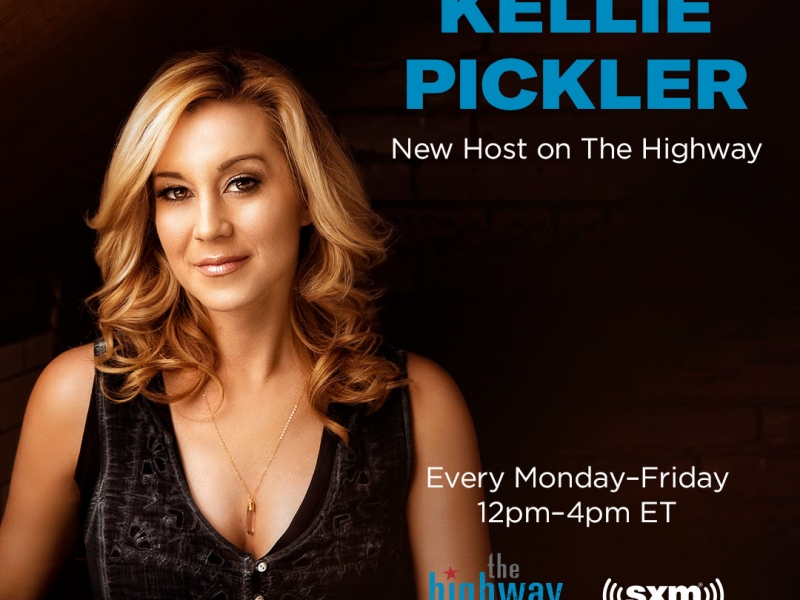 “I am so excited to join the SiriusXM family as a host on The Highway,” shares Pickler. “This is such a fun and amazing opportunity to really connect with Country music fans across North America. I’m looking forward to sharing some of my current favorite songs and artists, along with chatting with some very special guests!”

Kellie Pickler will host middays from 12pm-4pm ET Mondays through Fridays on SiriusXM’s The Highway via satellite (ch. 56) and on the SXM App.

Last year, Pickler was announced as one of the USO’s Global Ambassadors, supporting the organization’s Give More Than Thanks initiative – a campaign encouraging all Americans to find actionable ways to express their gratitude for the service and sacrifice of our troops and their families.

SiriusXM’s The Highway plays new Country music including the hottest country superstars, up-and-coming artists, and the very latest discoveries direct from Nashville. SiriusXM is available to subscribers in their car, on their phone and connected devices at home with the SXM App. Streaming access is included for most subscribers. Go to www.siriusxm.com/ways-to-listen to learn more.

About Kellie Pickler
Country singer/songwriter and actress Kellie Pickler grew up immersed in country music in the small town of Albemarle, North Carolina with the words of Tammy Wynette, Patsy Cline, Loretta Lynn and Dolly Parton shaping her musical footing. At the age of 19, she gained fame as a contestant on the fifth season of “American Idol.” In 2006, she signed with 19 Recordings/ BNA Records and released her debut album, Small Town Girl, which has gone on to sell more than 900,000 copies worldwide and produce three hit singles: “Red High Heels,” “I Wonder” and “Things That Never Cross a Man’s Mind.” She followed that in 2008 with her self-titled sophomore record, featuring country radio hits “Don’t You Know You’re Beautiful,” “Best Days of Your Life” (co-written with Taylor Swift and her first Top 10) and “Didn’t You Know How Much I Loved You.” Having established herself as not only a powerful vocalist but also a songwriter, Pickler released her third studio album, 100 Proof, in 2011 to huge critical acclaim. The album was named the No. 1 Country Album of The Year by Rolling Stone and listed on the “Best of 2012” by The Washington Post.

In 2018, Kellie made her Hallmark Channel debut with “Christmas at Graceland,” their highest-rated movie in history and most-watched movie of the year, playing the film’s lead, Laurel: a finance executive who rediscovers her passion for singing; a role she reprised in the June 2019 sequel “Wedding at Graceland.” For the films, Kellie recorded and performed beloved Christmas songs including: “Silent Night,” “I’ll Be Home For Christmas,” “Joy To The World,” and Elvis Presley hits “Can’t Help Falling in Love” and “Hound Dog.”  In-between touring, Kellie filmed her third Hallmark Channel movie “The Mistletoe Secret,” which premiered in November 2019.