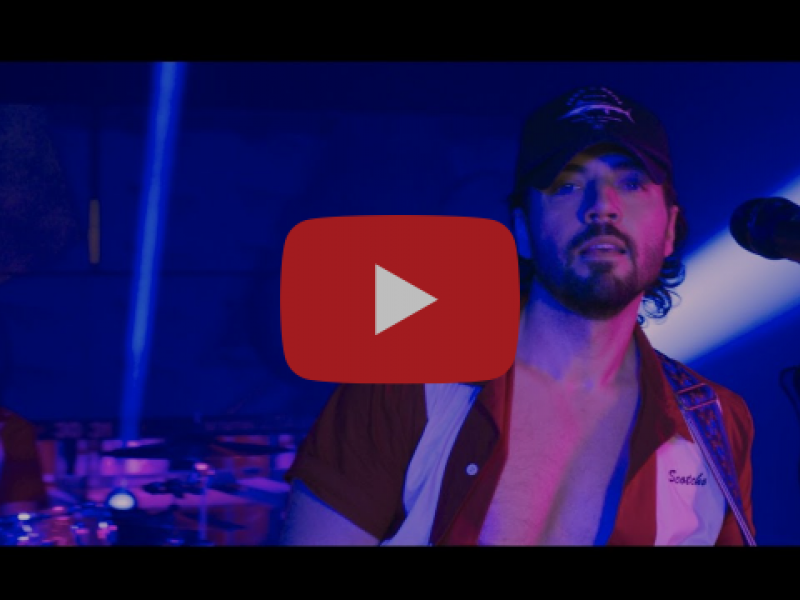 Shot last month at a bowling alley in Murfreesboro, the video is equal parts sex and comedy with a dash of trippy. Directed by Chris “Booba” Young and produced by Forerunner, Stevens takes on the role of charismatic narrator and walks you through a Lebowski-esque rock and bowl show.

Well, those heels, they look nice, baby,
And we both know your clothes fit your right, baby,
But I won’t lie, baby
I think you’d look sexy with some neon on ya.

Stevens, an East Tennessee native, not only penned the song, he also developed the video treatment. “I wrote this song because I wanted to take my wife out so bad,” Stevens explains. “We had recently had our son, John, and he’s an angel. But we hadn’t had a night out or really any fun together in months. For us, that’s a big deal, because we both love a good time, live music, seeing friends and all that.”

Stevens said the idea of using a bowling alley instead of a bar as the video backdrop was an idea he'd been toying with for a bit. “I really wanted a concept that sort of flanked the storyline of the song but still pays homage to it. And honestly, I really love The Big Lebowski!” he laughs.

According to his label head, Nashville music veteran Mickey Jack Cones, president and COO of Verge Records, “If you listen closely, we are telling Scott’s story through his music. From his first Verge release, ‘Country Soul Survivor,’ followed by the cleverly written and empowering ‘New Boots,’ to the deeply personal ‘Missing You’ about his grandfather, and the feel good/sexy vibe of ‘Neon on Ya,’ you progressively learn more about Scott with each release—he embraces a style he calls ‘Country Groove Rock;’ his lyrics are smartly written and can be intensely personal; and he understands that music should reflect how people feel right now.”

About Scott StevensEast Tennessee native Scott Stevens is a husband, dad of three and self-declared “groove obsessed” country rocker. He blends rhythm, soul, loud guitars, and percussive lyric to produce his own unique sound. He’s been writing, producing and performing since his earliest days in the church, and then as a fixture on the college bar circuit at UT Knoxville. The college bar circuit led him to the University of Alabama, where he attended law school. After passing the bar (exam, not circuit), he moved to Nashville to make music. Only recently, however, did he land on the sincerity and frankness that’s come to define his best work.

Early 2020, Stevens’ artistry caught the ear of Mickey Jack Cones, president and COO of Verge Records, the in-house label arm of global music solutions company ONErpm, who immediately signed Stevens to a label deal. Stevens is currently working on his debut album with an expected release later this year.
About Verge Records
Verge Records, an independent label founded in 2006 and the genesis of global music company ONErpm, relaunched in June 2019 with music producer, publisher and artist manager Mickey Jack Cones at the helm. Verge Records is based in Nashville and utilizes ONErpm’s global presence to sign talent and leverage opportunities for the Verge roster, including a radio trigger for tracks that reach set streaming and video metrics.