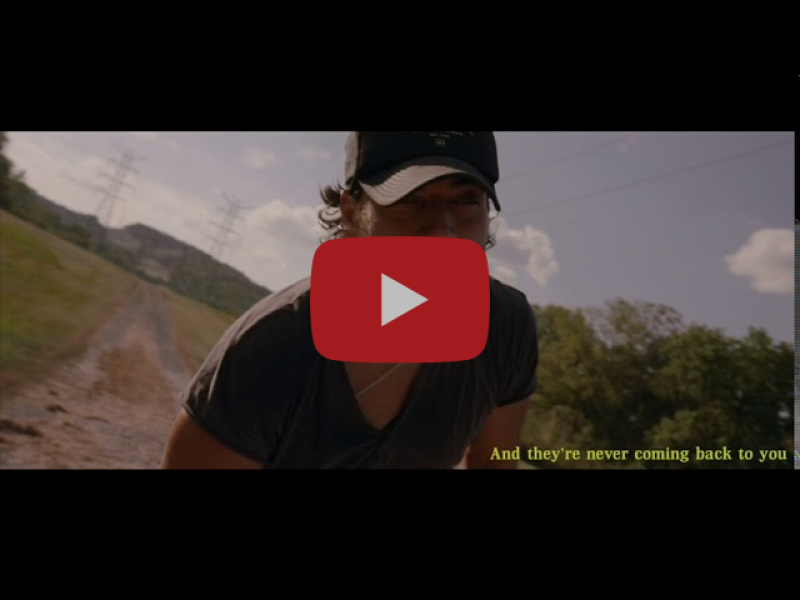 Embracing his love of country and rock, self-declared “groovethusiast” Scott Stevens is releasing his latest single, “New Boots (Pts. 1 & 2)” on Friday, Aug. 21 via Verge Records. Listen to the single HERE.

“New Boots” is an up-tempo, “movin’ on” story song (“I’ve got to be who I’ve got to be from my head down to my soles”) with smartly written lyrics (“She gave me an ultimatum/She said verbatim”) by Stevens, Mikey Reaves and Aby Guiterrez.

In describing the title of the song, Stevens, an East Tennessee native, says, “I haven’t bought a new boot in 10 years—I moved to Nashville in these boots and still wear them every day,” perhaps as a reminder, he reflects, to keep himself grounded.

“At the beginning of my time in town,” he explains, “I got a little sidetracked and started trying to make music that I honestly didn’t completely connect with—following trends, money and generally all the things you shouldn’t steer your compass by.”

But this song was a turning point for Stevens. “I vividly remember when we started writing ‘New Boots’ two years ago. I was becoming way more comfortable with the fact that it’s okay that I sound a little different; it’s okay that I like my speakers to rattle; it’s okay that lyrically sometimes I like to go weird places. I guess it was my version of moving on.”

During that time, Stevens caught the ear of Mickey Jack Cones, president and COO of Verge Records, who signed him on the spot.

“When I was first introduced to Scott, I thought to myself, ‘this guy has done what many try, but fail to do in country music; he has created his own lane,’” shares Cones. “And when I say ‘created his own lane,’ he literally writes, records, produces and performs all of his songs and brings his sonic visions to life. Not to mention he’s got a few ‘saucy’ dance moves (watch the videos). Scott’s new lane is going to break down barriers and set new limits. Verge is proud to be partners with him in paving that lane.” Stevens is managed by Pete Hartung, president of L3 Entertainment. For more information, follow Scott Stevens on Facebook.com/ScottStevensMusic, Instagram @ScottStevensMusic, Twitter @ImScottStevens, YouTube,
Spotify and Apple Music.About Scott Stevens
Authenticity. Heart. Grit. Scott Stevens likes the way those words roll off his tongue. “It’s all about being able to flourish in your own skin,” he says. The East Tennessee native’s music is a master class in what happens when a musician leans into his natural-bred confidence and emotion. Stevens has been writing and performing songs for years, dating back to his earliest days singing in church and then as a fixture on the college bar circuit while attending the University of Tennessee. It wasn’t until two years ago, while in the midst of one of the most tumultuous periods in his life, that he finally landed on the sincerity and frankness that’s come to define his new work. Embracing his twin loves for rock and country music, Stevens set out to blend rhythm, soul and lyrics into one while taking a no-holds-barred approach to songwriting.