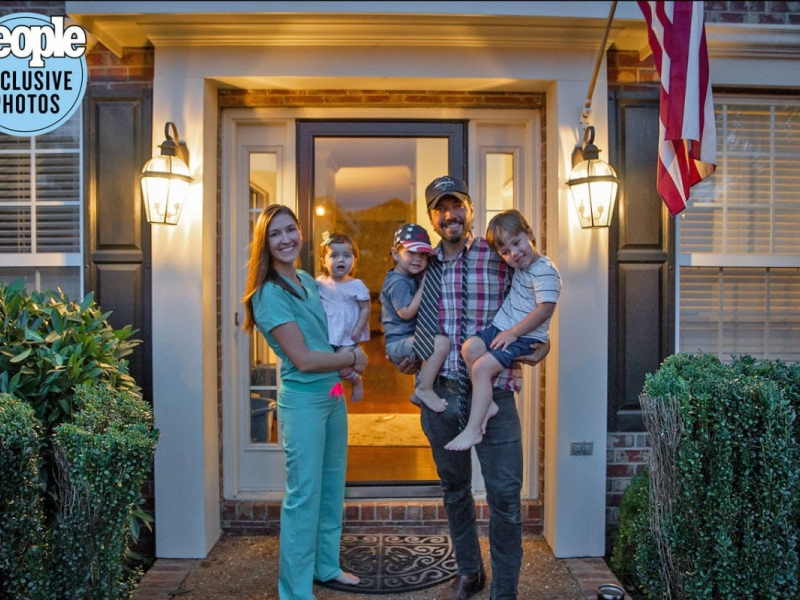 NASHVILLE, Tenn. – Verge recording artist Scott Stevens is pumped about his new single, so much so he thinks it may just be his favorite song yet. Delivered in Stevens’ signature deep drawl with an undulating R&B vibe, “Come Home to Me” is, in his own words, “unabashedly a tribute to my better half.” Written with close friend and co-producer Alex Marshall and tapped as the lead single for Stevens’ forthcoming album, “Come Home to Me” is available now on all platforms, following the track's exclusive premiere with PEOPLE.com yesterday, Oct. 14.

An East Tennessee native, Stevens says this one hits close to home for several reasons. “With everything that’s going on in the world lately, honestly it’s felt a little trivial to me to be making music. But I recently came to peace with the fact that there’s one thing the world needs, regardless of the chaos: that one thing that breaks through everything is LOVE.

“That’s why this one means the world to me,” he continues, explaining that he wrote the song for his wife because “she’s been with me through all of it. Three kids and seven years later, I still just want her to #comehometome.” Even more special, his oldest son Henry (four years old), designed the artwork for the single.

“Come Home to Me” is also a tribute to Stevens’ love for late ’50s/early ’60s rhythm and blues. “It’s a Sam King/Otis Redding style love song,” he notes, “blended with my own brand of country.”

“Scott is the real deal,” says Mickey Jack Cones, president and COO of Verge Records, the in-house label arm of global music solutions company ONErpm. “‘Come Home to Me’ will make you a believer in Scott’s integrity as a writer, as well as his ability to deliver a song.”

About Scott Stevens
East Tennessee native Scott Stevens is a husband, dad of three and self-declared “groove obsessed” country rocker. He blends rhythm, soul, loud guitars, and percussive lyric to produce his own unique sound. He’s been writing, producing and performing since his earliest days in the church, and then as a fixture on the college bar circuit at UT Knoxville. The college bar circuit led him to the University of Alabama, where he attended law school. After passing the bar (exam, not circuit), he moved to Nashville to make music. Only recently, however, did he land on the sincerity and frankness that’s come to define his best work.

Stevens is currently working on his debut album with an expected release later this year.