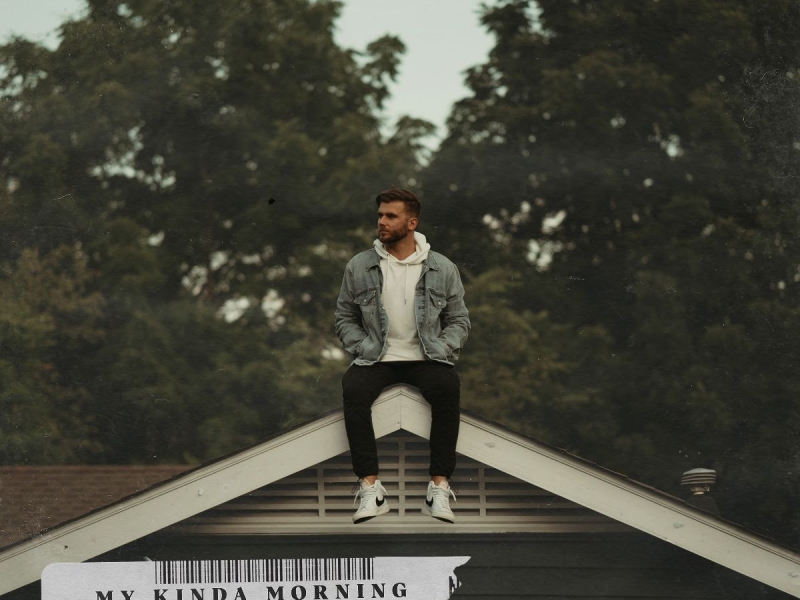 At only 23 years old, country newcomer Chase Wright is already a much-buzzed-about singer/songwriter who has captured the attention of industry veterans landing a publishing deal with Toby & Molly Music and signing with Morris Higham Management for exclusive representation.

“I started playing covers and teaching myself guitar my freshman year of college, and from posting videos and playing around campus, my buddies entered me into a contest to win a weekly gig at our local bar Swizzle Stick. At the time I was furious and embarrassed, yet the athlete in me was too competitive not to give it my all, and from that, there the fire kindled,” shares the Indiana native. “Shortly after I realized the reactions to songs I wrote weren’t the ones people got a refill on, and that’s when I knew I needed to be in Nashville.”

Today he makes his debut with the release of track “My Kinda Morning” written with Matt Jenkins and Josh Jenkins. Listen HERE. The first of many new songs to come, Wright is also set to release his debut music video to accompany the song on Aug. 19.

Produced by Zach Abend, “My Kinda Morning” is infused with many of the pop and rock elements that Wright grew up with. The energetic song is a confident genre blend for an artist with obvious respect for country music’s way around a story.

“I love Rascal Flatts and Keith Urban. I’ve seen Keith live more than any other artist,” the Indian native shares. “But I also grew up listening to 3 Doors Down, The Fray, Matchbox Twenty and Goo Goo Dolls. You can hear pop, rock and country, all the genres I love, in my music.”

With his feet firmly planted in relatable storytelling that the country music format is known for, Wright also adds his own flair with dashes of electric loops and pop-rock chords alongside the traditional sounds made from steel strings and wood. Committed wholeheartedly to beat-heavy moodiness, “My Kinda Morning” channels his pop-rock leanings.

About Chase Wright
Chase Wright is doing more than make his childhood dreams come true: he’s introducing himself as a bold new Nashville artist with a freewheeling approach to genre, firm footing in relatable storytelling, and soft spot for big choruses. Respect for country music’s way around a story without feeling beholden to it defines the Indiana native’s energetic songs, which rely on electric loops and pop-rock chords alongside more traditional sounds made from steel strings and wood. It’s a confident blend that belies the fact that 23-year-old Chase first picked up a guitar only four years ago as a freshman track star at DePauw University. After graduating with a degree in economics, Chase packed his bags for Nashville, where he has since earned a publishing deal with Toby & Molly Music and signed with Morris Higham for management. Written with Matt Jenkins and Josh Jenkins, his debut song “My Kinda Morning” is available now.