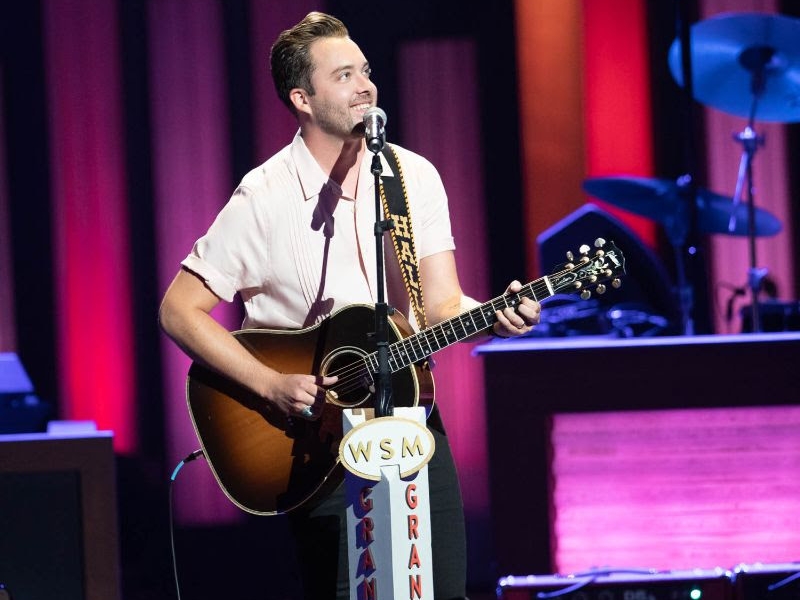 “Anyone as nervous as I am?” Hall asked following warm reception from the crowd. “All right, I’m glad I’m not alone.”

Hall’s artistry is centered around his guitar playing and songwriting, which serve as the foundation to his six-track project. Co-produced by Hall, Pete Good and AJ Babcock, the EP includes featured guitarists and vocalists on each song. Six Strings features Brad Paisley, Vince Gill, John Osborne, Brad Tursi of Old Dominion, Tenille Townes and Kassi Ashton.

Named to Pandora’s “Ones to Watch” and a Fender “Next Artist,” Hall’s journey began more than a decade ago in Gainesville, Georgia, where singing came naturally and the guitar eventually became an obsession, a work ethic originally rooted from weekends hitting the rodeos barrel racing. Starting at about 14-years-old, Hall would wake up before school and practice guitar, then come home from school and go play an acoustic gig somewhere, then come home and literally fall asleep playing the guitar.

While Hall was still in high school, he landed a booking agent and started playing 125+ shows a year. Life on the road was already a huge part of his DNA since traveling for barrel racing competitions as a kid. With his parents support they drove him all over the Southeast before he was old enough to have a license and any given weeknight the family would drive states away for a gig. They of course made the drive for their son’s debut on the Opry stage last night.

Reflecting on his parents Hall says, “They never told me I couldn’t do this, so I just kept going for it. I still am today.”