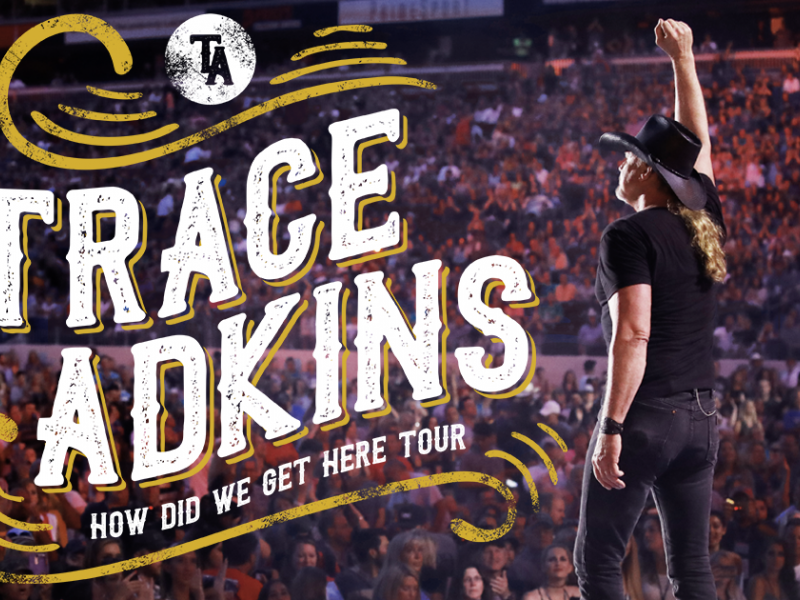 Country music legend Trace Adkins will embark on his own How Did We Get Here Tour in 2018, kicking off on April 6 in Biloxi, MS with dates across the U.S. and Canada into the fall currently announced. An exclusive fan pre-sale began Tuesday, January 30 and endstonight (2/1) at 10PM local venue time. Tickets will go on sale to the general public beginningFriday, February 2 for select dates. To access the exclusive fan pre-sale, join the free Trace Adkins Community at: http://tadkins.co/community.

Written by Phil O’Donnell and Wade Kirby, “Still a Soldier” is the current single off Adkins’ latest release on BBR Music Group/Wheelhouse Records, Something’s Going On. Director Mike Stryker and producer Shanah Zigler of Casting Life Films helped Adkins create a compelling tribute to veterans and their loved ones for song's powerful video, featuring a glimpse into the life of Army Specialist Bryan Gerwitz, which can be seen HERE.

Adkins will also add another major motion picture role to his prolific acting resume in 2018, starring alongside Dennis Quaid and Bart Millard in I Can Only Imagine. Telling the story behind the all-time best-selling Christian song of the same name, I Can Only Imagine releases in theatersMarch 16.

Adkins’ trademark baritone has powered countless hits to the top of the country charts, sold more than 11 million records and received three GRAMMY nominations. Adkins is also a TV personality, actor, author, and spokesman for the Wounded Warrior Project and the American Red Cross, for whom he raised more than $1.5 million dollars as winner of NBC’s All-Star Celebrity Apprentice.