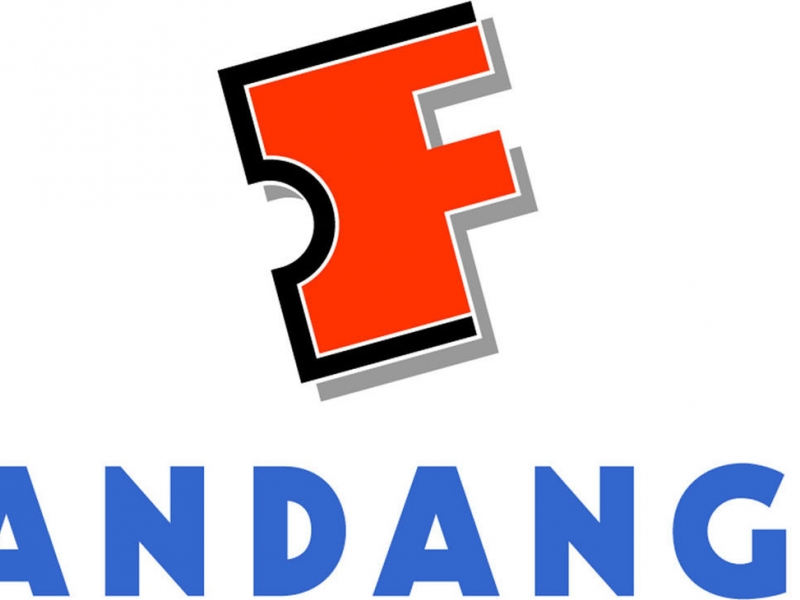 LOS ANGELES (July 29, 2015) – – Fandango Movieclips, the number one destination for movie trailers and movie-related video content on YouTube, launched today a Country Edition of its “I Love Movies” original video series, featuring four new episodes with Country Music stars Brad Paisley, Scotty McCreery, Maddie & Tae, and Old Dominion. The episodes, filmed on location at CMA Music Festival in Nashville earlier this summer, are available now for viewing on Fandango Movieclips on YouTube and Fandango.com. “I Love Movies” celebrates the joys of moviegoing and showcases celebrities and other cultural influencers across the globe, sharing personal stories and introducing fans to the movies that have touched their lives.

“There is a similarity between Country songs and the movies, maybe more so than any other art form,” said Brad Paisley, during his “I Love Movies” episode where he reveals, “It’s a Wonderful Life” as his favorite movie.  He added, “Country songs, when done in a story form, are the closest thing to a Hollywood script you’ll find.”

Scotty McCreery reveals how the film “Miracle,” based on the historic U.S. Olympic men’s hockey team victory over the Soviet Union, inspired him during his “American Idol” competition.  McCreery recalls, “If you could read my mind when Ryan Seacrest said the winner of ‘American Idol’ is Scotty McCreery, you could almost hear those lines ‘Do you believe in miracles?’ It was incredible for me out of nowhere, small town USA, to be getting up there and doing that in front of all those people.”

For band members of Old Dominion, “Back to the Future” is the movie that has most influenced them, so much so that their first music video for hit song, “Break Up With Him,” was a parody inspired by the film. Band member Trevor Rosen says, “It has so permeated our lives and it has permeated our music.”

The 2008 horror thriller, “The Strangers,” has left a lasting impression on Country Music duo, Maddie & Tae. Maddie admits it’s the only scary movie she’ll watch with Tae, who has been a huge fan of the genre from an early age.  Tae shares, “It is something my Dad and I would bond over. Any time a scary movie comes out, he’s my go-to date buddy,” and now she’s trying to bring that tradition over to Maddie, who shows some serious reluctance.

Brad Paisley is a critically acclaimed singer, songwriter, guitarist and entertainer whose talents have earned him numerous awards, including three GRAMMYs, two American Music Awards, and 14 CMA Awards (including Entertainer of the Year), among many others. He has been a proud member of the Grand Ole Opry since 2001. Paisley has written or co-written 20 of his 23 No. 1 singles with the first being his 1999 hit “He Didn’t Have To Be” and his most recent, “Perfect Storm,” from his chart topping 2014 album Moonshine in the Trunk.  Paisley’s current single is “Crushin’ It” from the same album, and he kicked off his CRUSHIN’ IT WORLD TOURthe middle of May by playing to over 50,000 fans the first weekend.

Scotty McCreery burst onto the national music scene in 2011 at age 17 and has quickly established himself as one of Country Music’s hottest new stars.  By age 21, the singer/songwriter has sold nearly 2.5 million albums, debuting three consecutive albums at No. 1 on a Billboard chart.  In 2011, after winning season 10 of “American Idol,” McCreery released his debut album, the Platinum-certified Clear As Day, which made him both the first Country artist and the youngest male artist to debut their first studio album at No. 1 on the Billboard Top 200 Albums chart. His 2013 album See You Tonight, debuted at No. 1 on the Billboard Top Country Albums chart and featured his recent Top Ten hits “Feelin’ It” and the title song. He has also achieved three Platinum-certified singles: “I Love You This Big,” “The Trouble with Girls,” and “See You Tonight.” McCreery is currently on tour with Rascal Flatts on their RIOT TOUR 2015 this summer, in addition to doing solo dates throughout the year, and will be releasing new music soon.

Fast rising female act, Maddie & Tae introduced their debut single “Girl In A Country Song,” earning a No. 1 spot on Country radio, Gold-certification, and over 25 million views on VEVO. They are only the third female duo to peak their debut single at No. 1, in the history of the Billboard Country Singles chart. The girls from Texas and Oklahoma, respectively, most recently topped Nashville Scene’s Annual Country Critics' Poll for Single of The Year and will release their new album Start Here, on August 28 from Dot Records. The duo's Grand Ole Opry debut earned kudos from Opry member Brad Paisley. Maddie & Tae are currently on the road for Dierks Bentley’s SOUNDS OF SUMMER TOUR and will be headlining the START HERE TOUR this fall.

One of the hottest bands in Country Music, Old Dominion is comprised of lead singer Matthew Ramsey, multi-instrumentalist Trevor Rosen, drummer Whit Sellers, bassist Geoff Sprung and lead guitarist Brad Tursi. Their single “Break Up With Him” currently ranks in the Top 30 on the Country charts and spent six weeks at No. 1 on SiriusXM’s The Highway Hot 45 Countdown. The band is currently touring with Kenny Chesney on THE BIG REVIVAL TOUR for 18 stadiums this summer, and has previously toured with Chase Rice on his IGNITE THE NIGHT TOUR and this past spring with Eli Young Band. Billboard, Huffington Post, Nashville Lifestyles, Rolling Stone Country, Spotify and others have included Old Dominion on their 2015 watch lists.

Fandango, the nation's leading moviegoer destination, sells tickets to more than 26,000 screens nationwide. Fandango entertains and informs consumers with reviews, commentary, celebrity interviews and trailers, and offers the ability to quickly select a film, plan where and when to see it, and conveniently buy tickets in advance. For many theaters, fans can print their tickets at home or receive them as a paperless Mobile Ticket on their smartphones. Fandango's top-ranking movie ticketing apps, with 46 million downloads, are available on the iPhone and iPad, Android, and many other platforms.  Fandango is enjoyed by more than 36 million online and mobile visitors each month, according to comScore.  Film fans also find Fandango on Facebook at www.facebook.com/fandango and on Twitter @Fandango.

Founded in 1958, the Country Music Association was the first trade organization formed to promote a type of music. In 1961, CMA created the Country Music Hall of Fame to recognize artists and industry professionals with Country Music’s highest honor. More than 7,400 music industry professionals and companies from around the globe are members of CMA. The organization’s objectives are to serve as an educational and professional resource for the industry and advance the growth of Country Music around the world. This is accomplished through CMA’s core initiatives: the CMA Awards, which annually recognize outstanding achievement in the industry; the CMA Music Festival, which benefits music education and is taped for a three-hour TV special; and “CMA Country Christmas,” featuring Country artists performing original music and Christmas classics. All of CMA’s television properties will air on the ABC Television network through 2021.