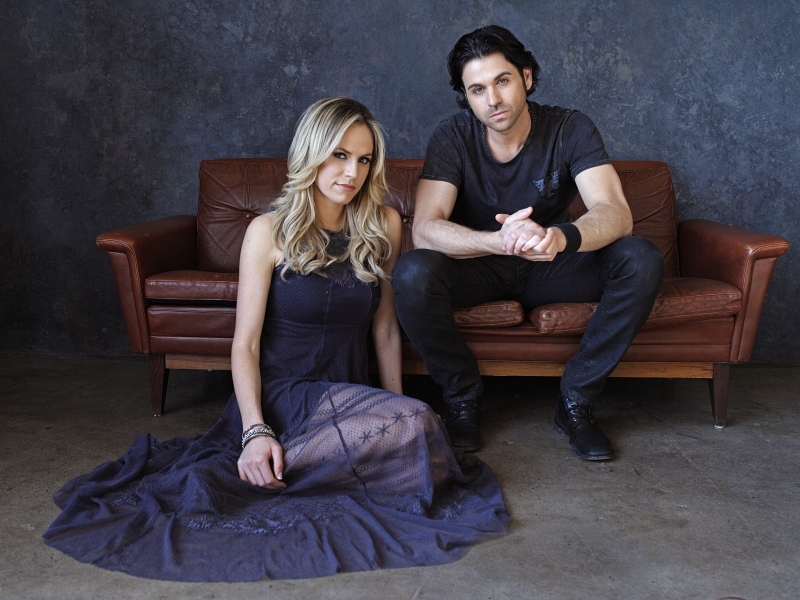 The duo, comprised of Shannon Haley and Ryan Michaels, announced the appearance Friday, Sept. 4, 2015 on SiriusXM’s "The Highway Happy Hour with Buzz Brainard" – a show that is meaningful to the duo as they premiered the single on the "Happy Hour" in May 2015.

Since the single’s SiriusXM debut, Haley & Michaels have been overwhelmed by the fan reaction and support. Fans throughout the country have contacted the recently married duo to share the ways the song has been part of their wedding stories.

“Knowing that people have incorporated this song into their special days is incredibly moving,” Haley expressed. “It’s always touching to know that our music is connecting with others, but to see that couples feel compelled to have this song be part of their wedding day – a song that we used at our wedding, as well – makes it that much more meaningful.”

The song resulted from Haley & Michaels writing their vows and became the song that played as Haley walked down the aisle during the duo’s May nuptials in Northern California.

On July 30, Kotb suggested “Giving It All (To You)” to viewers during the iHoda segment, playing a snippet of the song and even singing along on air. Now, at Kotb’s request, the duo will play it live on air during the fourth hour of Today.

The video, which is available today exclusively on Entertainment TonightOnline,  was filmed at Mountain Winery in Saratoga, Calif. with award-winning director Shane Drake at the helm. The couple returned to the winery just months after saying, “I Do” to film their video, which features a compilation of footage from their wedding day interspersed throughout.

About Haley & Michaels
Haley & Michaels grew up in Northern California just three miles apart, but didn’t meet until their guitarist introduced them in Nashville several years ago. They had immediate chemistry and have been writing and recording together ever since; they were married in May. The duo has experienced great success on SiriusXM’s The Highway and has sold more than 120,00 units independently. For more information on Haley & Michaels, visit www.haleyandmichaels.com or follow them at @haleynmichaels on Twitter, facebook.com/HaleyandMichaels and @haleyandmichaels on Instagram.