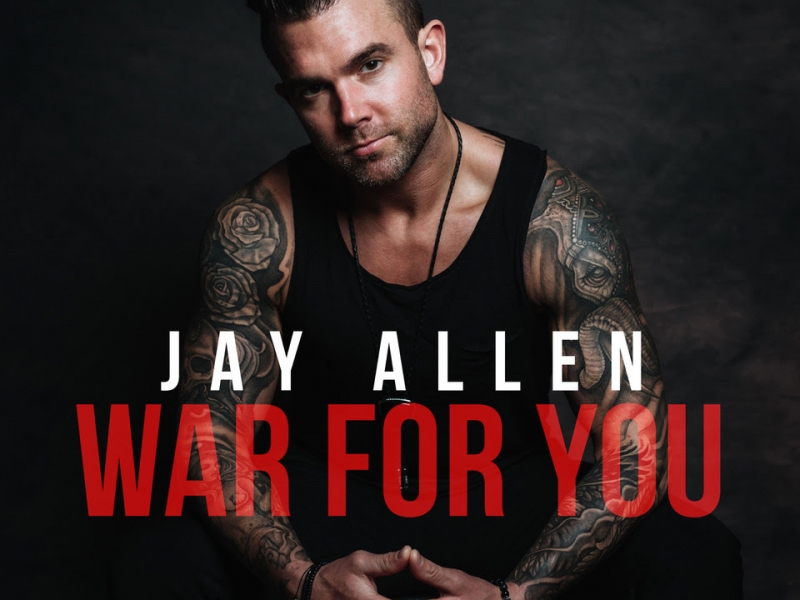 Verge Records flagship artist and small-town Iowa native Jay Allen releases his debut song and video “War for You.” Written as a follow-up to his viral social media release “Blank Stares,” which garnered over 200 million views, this song pays tribute to front-line responders who have sacrificed so much to help those in need.

Originally penned over a year ago as a thank you to those who faithfully cared for Allen’s mother who passed away from early-onset Alzheimer’s at age 54, the scope of “War for You” has been expanded to include frontline responders and caregivers who are treating those infected and affected by COVID-19.

Editor-In-Chief for TheBoot.com Angela Zimmer comments, “Jay Allen's personal song has become something much bigger in this time of social distancing. Every listener can find a personal connection to this timely composition.” Allen penned “War for You” alongside first-string session vocalist and guitarist Micah Wilshire. Fans will embrace their lyrical message inspiring strength, determination and hope:

Allen states, “These heroic men and women wake up every day and go to war for us. They’re exhausted, they’re stressed, and are literally putting their lives on the line. They deserve to be honored. There’s not a lot I can do, but I can offer them this song.”

According to Mickey Jack Cones, Verge president and COO, “Jay is a powerhouse - unique voice, heart of gold, incredible story and a work ethic like I’ve never seen. I look forward to showing the world what this artist is made of!”

Allen took to social media earlier this month, asking his followers to submit photos and videos of people they knew on the front lines of the pandemic with the idea of including them in the video for the song. In less than 48 hours, the compilation of emotional content had exceeded all expectations. Watch the video for “War for You” HERE.

A portion of the proceeds will go to families in need who have been affected by the virus.

Jay Allen was named “The Highway Find” on SiriusXM in 2017 and has helped raise millions of dollars for the Alzheimer’s Association through his involvement with the Rita Hayworth Gala, Brain Ball and numerous other events around the world.