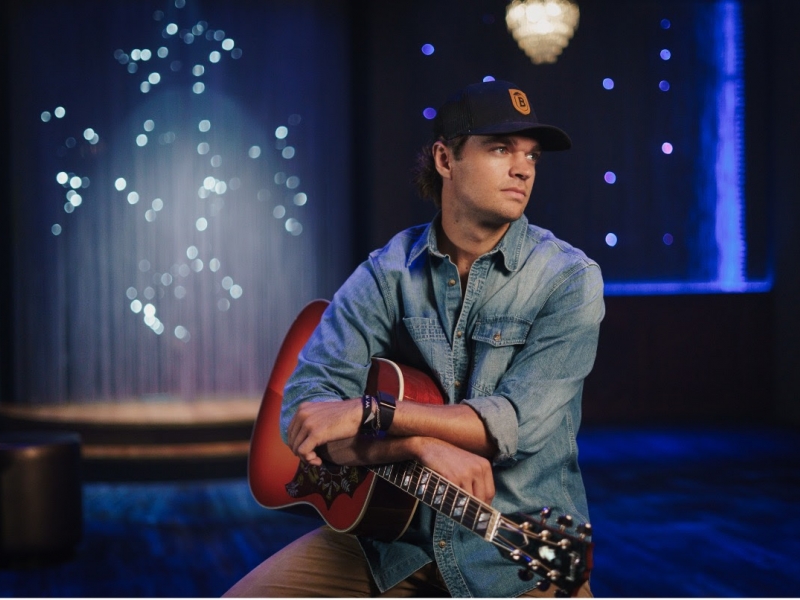 NASHVILLE, Tenn. – Today, the Grand Ole Opry announced the latest addition to its Opry NextStage Class of 2022 with rising singer-songwriter Conner Smith. Smith is the sixth act to join the 2022 class that includes BRELAND, Callista Clark, Restless Road, Elvie Shane and Morgan Wade. Smith will return to the Grand Ole Opry to make his NextStage artist debut on Tuesday, Oct. 25. Tickets are available to purchase HERE.

Watch HERE for Smith’s exclusive NextStage interview discussing his love for songwriting and the Grand Ole Opry visit that led him to writing his first song. Smith also performs his brand new single “Take It Slow,” which has already amassed nearly 60 million global streams to date. Watch the performance HERE.

On being named the Opry NextStage Artist of October, Smith said, “I have been so blessed to see a lot of my dreams come true this year but there has not been a moment comparable to my Grand Ole Opry debut. Standing in that circle, as a kid from Nashville, I truly felt the weight and history of the Grand Ole Opry in all its depth. To be even more accepted by the Opry as a NextStage Artist means more than I can say.”

Signed to BMI at the age of nine, Smith has penned most of his songs including five of the six songs on his debut collection DIDN’T GO TOO FAR. The release features his first top 40 hit “Learn From It” and virial smash “I Hate Alabama.” Named one of Spotify’s Hot Country Artists to Watch for 2022 and Amazon Music’s 2022 Amazon Artists To Watch, the 22-year-old artist was the only Country act named to Pandora’s prestigious all-genre accolade, Artists To Watch 2022: The Pandora Ten list.

About Conner Smith
Conner Smith was born to write songs. His mother interviewed songwriters as part of her work when he was a small child; he remembers being in her office, transfixed, listening to the tapes of the people most music lovers never saw telling the stories of where the songs came from. By the time he was 6, he was writing his own. By the time he was 9, he’d signed to BMI as a writer. Being so immersed in songs and where they came from, the 22-year-old rising artist is the rarest of all things: a songwriter from the inside out. Smith penned five of the six songs from his recent debut DIDN’T GO TOO FAR via The Valory Music Co. Produced by Zach Crowell, the collection features his first top 40 hit “Learn From It” and fan-favorite new single “Take It Slow,” which has already amassed nearly 60  million global streams to date. Continuing to feed his growing fanbase with new music, the Tennessee native fittingly released new song “Orange And White” in time for football season. Considered the sequel to his viral hit “I Hate Alabama,” Smith delivers a love story that could end up in the hall of fame. Smith has been giving fans a behind the scenes look at his meteoric rise, while showcasing his “wide vocal range and contagious pipes” (CMT) on Thomas Rhett’s BRING THE BAR TO YOU TOUR, with a five part video series available now on YouTube + Instagram. Named one of Spotify’s Hot Country Artist to Watch for 2022 and Amazon Music’s 2022 Amazon Artist To Watch, Smith is the only Country act named to the Pandora’ prestigious all-genre accolade, Artists To Watch 2022: The Pandora Ten list.