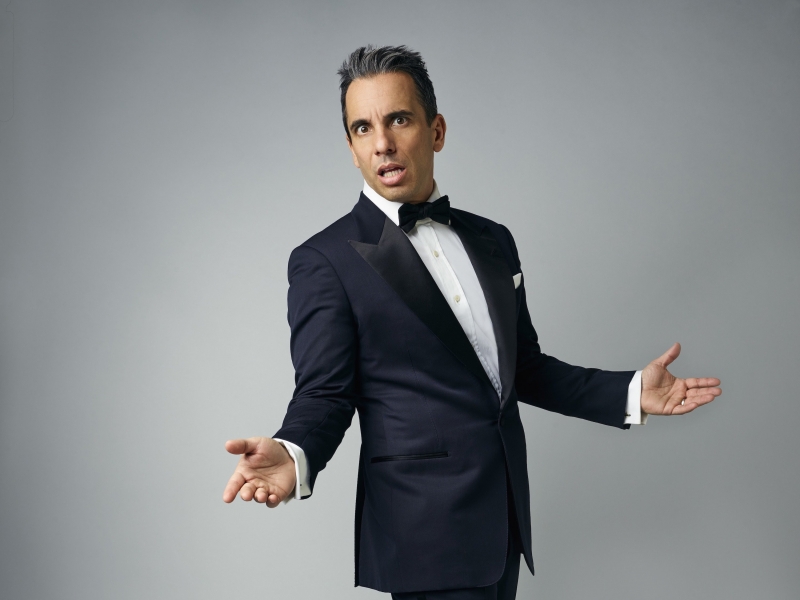 Sebastian Adds Momentum to 2017 "Top 20 Global Concert Tour" (Pollstar)
NASHVILLE, Tenn. – Sebastian Maniscalco continues to build upon arguably the most successful year of his career yet: In 2016 he was named Just For Laughs Stand Up Comedian of the Year, selected for People Magazine’s annual “Ones to Watch” package, and his third hit special Why Would You Do That? was declared Showtime’s most successful comedy/variety special premiere in 2016. This year, shortly after welcoming his daughter, Serafina, into the world with his wife Lana, he set the record for most consecutive comedy appearances at the Borgata with a seven-performance stint in Atlantic City in early July. Maniscalco continues to adhere to the voice he describes as “always in the back of my head saying ‘Don’t rest!’,” announcing today his plans to take what The New York Times calls his “own kind of panache” across the U.S. this fall. Tickets go on sale to the general public on Friday, July 21, sebastianlive.com for all details.

“I just had to go on tour this fall because with a new baby, comes new material,” shares Sebastian.

Dubbed “one of the hottest comics” by Newsday and “one of the funniest comics working stand-up today” by Esquire,Sebastian’s live performance has become a critically-acclaimed event, with the Los Angeles Times raving, “onstage, there’s an impatience to Maniscalco’s delivery as well, a hair-trigger exasperation with people and modern life, punctuated with baffled expressions, percussive thumps on the microphone and wide-swung leg kicks more associated with an Olympic speed-skater than a stand-up comic.”

In addition to starring in his wildly popular podcast as heard on SiriusXM , “The Pete and Sebastian Show,” Maniscalco is making several major motion picture appearances this year including a voice-over role in the animated feature "Nut Job 2," a role in the New Line Feature comedy "The House" starring Will Ferrell and Amy Poehler, as well as a role in the independent drama "Cruise," directed by Rob Siegel and produced by Jeremy Renner.