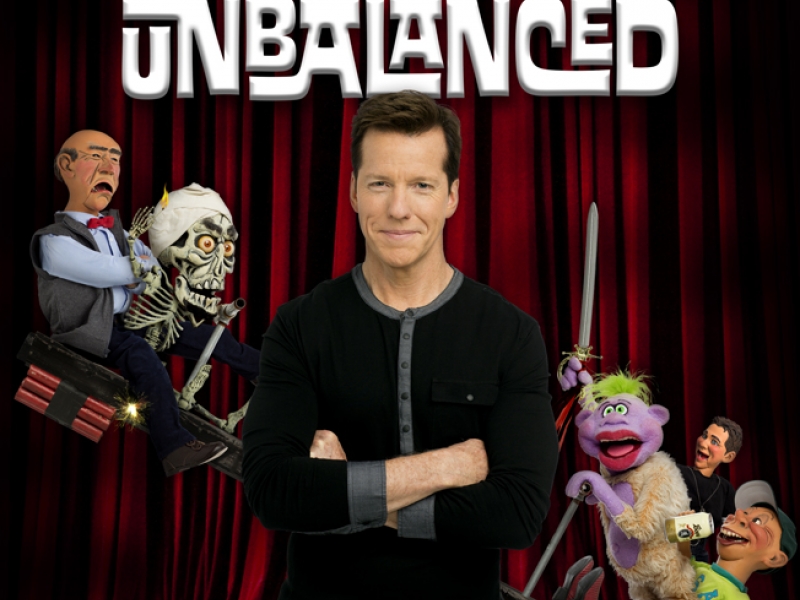 Watch this morning's appearance on The TODAY Show here; Dunham will also appear on Fox & Friends on Tuesday, Sept. 15

NASHVILLE, Tenn. - (Sept. 14, 2015) – Get ready for a whole lot of Jeff Dunham. The internationally acclaimed comedian and ventriloquist is debuting two new specials this fall and loading up the bus with his cast of characters and heading out on the road.

Dunham will embark on the Perfectly Unbalanced Tour starting Dec. 2, and the new Unhinged in Hollywood with Special Guest Brad Paisley will air at 8 p.m. ET Sept. 17 on NBC. Tickets for the 20-city run go on sale Friday and can be purchased at JeffDunham.com. Additionally fans can see Dunham on FOX News’Fox & Friends on Tuesday, Sept. 15.

Unhinged in Hollywood was shot during a two-night stand at the Dolby Theatre in Los Angeles in August. Comedy Central will give Unhinged its cable television premiere at 8 p.m. and 9 p.m. Sunday, Nov. 1. The network will replay the show at 11 p.m. Nov. 14, 6 p.m. Nov. 26 and 5 p.m. Christmas Day.

A regular on Forbes' Celebrity 100 list of most powerful entertainers, Dunham has built a comedy empire over years of constant touring and innovation. Using colorful characters like Walter the Grumpy Retiree, Achmed the Dead Terrorist, redneck Bubba J, Peanut, and Jose Jalapeno, Dunham has carved a unique corner in the comedy world that’s as funny as it is popular. He has set the record for viewership on Comedy Central, sold more than 7 million DVDs worldwide and nearly a billion views on YouTube.

For more information about Jeff Dunham, visit his website at www.jeffdunham.com.