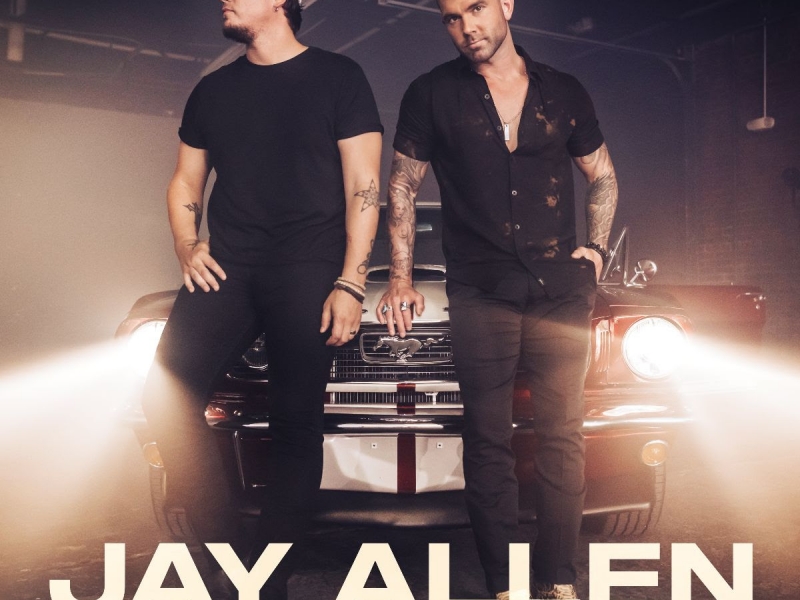 NASHVILLE, Tenn. – City slicker or country cat? Nashville singer-songwriter Jay Allen’s new single, “Mustang on Mud Tires,” available Friday, July 30, argues for a little bit of both with the help of his longtime friend, singer/songwriter and country rapper, Nate Kenyon. Listen to the new song HERE. A supporting video, featuring fellow singer-songwriter and Allen fiancée Kylie Morgan, will premiere in August. Co-written by Allen, Kenyon, Morgan and Texas native turned Nashville songwriter and producer, Blake Bollinger, “Mustang” seeks to meld rural and metropolitan, country and rap, proving it’s just fine to mix the competing styles and revel in the contrast. “‘Mustang on Mud Tires’ comes from a place of wanting to write a song that makes it okay to be both city and country, and to hopefully ease the stigma associated with being one or the other,” Allen explains. “In my case, I’m both, and my hope is to use this song to bring the two together.” In the opening verse of “Mustang,” Allen implores listeners to “Call it southern with a little bit of swagger/I was Matchbox 20 meets ole Merle Haggard” and uses the chorus to reveal, “I’m an insider on the outskirts/I like to mix a little city in my red dirt.” Next, Allen enlists the Georgia-born Kenyon to help plead their case in the second verse, juxtaposing lyrics that champion the cause with a contrasting musical style, as he raps: “While we dust kicking, it’s a must if and when you’re in a two-lane one horse/But I ain’t no one-trick pony/We can hit up ATL in the mornin’/And you can get to really know me.” In verse three, Allen brings home his appeal and the song, declaring “Straight lookin’ like I be living/On both sides of the Mason-Dixon.”  “When I first moved to Nashville,” Allen muses, “I almost felt embarrassed that I was from the north and had this rock edge about me. I tried to cover it up, act and even talk more southern. But now that I’ve been here awhile, and I’ve experienced some success in music by being vulnerable, I’ve realized that it’s okay to be true to me.” For more information, visit JayAllenOfficial.com or follow Allen on Instagram and Twitter @JayAllenMusic and Facebook.com/JayAllenMusic. About Jay AllenBorn in a small town in the American Plains, Jay Allen is passionate not only about his music, but is also deeply committed to raising money for Alzheimer’s, the disease that took his mother from him just over a year ago. Last year, in honor of World Alzheimer’s Day, Allen appeared on Chicago’s WGN “Midday News” in an interview about his viral social media release, “Blank Stares.” Allen’s “Blank Stares” reached over 400 millions views on Facebook and caught the attention of Verge Records COO, Mickey Jack Cones. To date, Allen has helped raise over $40 million dollars for the Alzheimer’s Association through his involvement with the Rita Hayworth Gala, Brain Ball and numerous other events worldwide. Jay Allen is booked by the Kinkead Entertainment Agency. About Verge RecordsVerge Records, an independent label founded in 2006 and the genesis of global music company ONErpm, relaunched in June 2019 with music producer, publisher and artist manager Mickey Jack Cones at the helm. Verge Records is based in Nashville and utilizes ONErpm’s global presence to sign talent and leverage opportunities for the Verge roster, including a radio trigger for tracks that reach set streaming and video metrics.