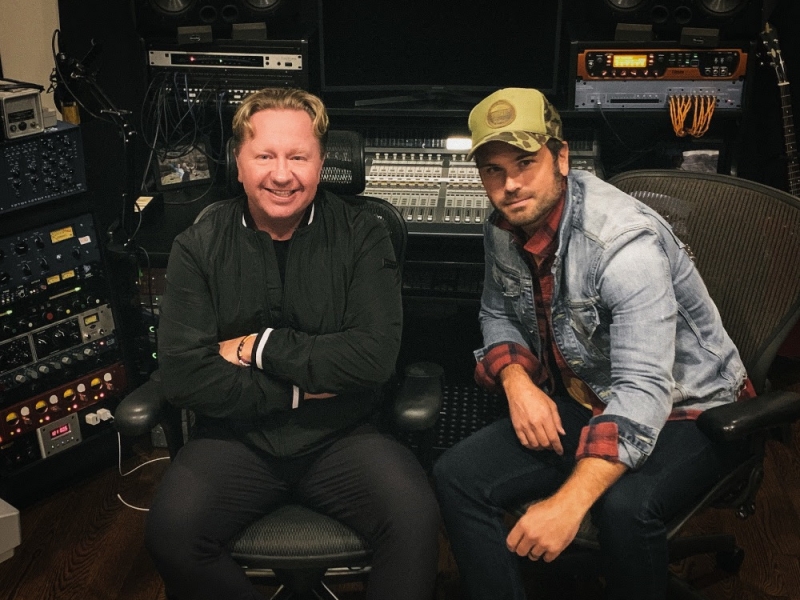 From getting married to wife Kasi to the upcoming birth of a baby boy for the newlyweds in December, the last year has been filled with life changes for Country music singer/songwriter and media personality Chuck Wicks. Whether in front of the camera or interviewing country music’s biggest stars, one thing has remained constant for Wicks all these years, his love of country music. With that love comes news of another exciting life change for the “Stealing Cinderella” singer, a new record deal and new music. Wicks has signed with Mickey Jack Cones, president and COO of Verge Records, the label arm of global music solutions company ONErpm and is set to release “Solid Gold” on Oct. 23, his first new song in nearly two years.

“The day news broke that I would not be continuing with the radio show, I got two phone calls…one from Bobby Bones and the other was from Mickey Jack,” shares Wicks. “I’ll never forget it. He said, ‘Chuck, you ready to start making music again or what?’ With zero hesitation I told him I’ve been waiting to hear that from a record label for a long time.”

Wicks continues, “I’m re-energized and refocused on what brought me to this town in the first place and that’s my music! Not everyone gets multiple shots at a dream. I’m humbled to get another shot. Mickey Jack is one of the best in the business and I’m beyond excited to take the journey with his team. This is my third record deal, and I strongly believe that third time’s the charm with Verge Records.”

“Chuck is a proven star, and we can’t wait to show him off!” Cones says enthusiastically.

Wicks has found success in various segments of the entertainment industry, including as a songwriter (with cuts by Jason Aldean, Frankie Ballard, The Swon Brothers and Steve Holy), as a co-host of a Nationally Syndicated radio show -- earning two Academy of Country Music Award nominations for National On-Air Personality of the Year-- and multiple television appearances, including as a guest star on ABC’s hit series Nashville and as a celebrity contestant on ABC’s Dancing with the Stars. A former college baseball player, sportsman and outdoor enthusiast, Wicks  was one of only 11 athletes chosen from around the world to be featured on Season 2 of NBC Sports’ “IRONMAN: Quest For Kona” and was featured on Rocky Mountain Elk Foundation’s “RMEF Team Elk” series on the Outdoor Channel.