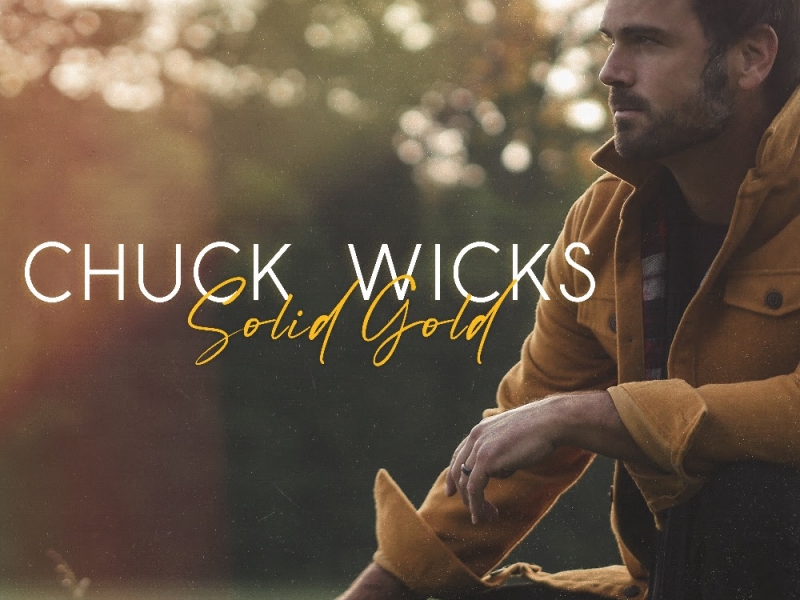 “As a singer and songwriter, I will forever stand by my work on ‘Solid Gold,’” shares Wicks. “It checks all the boxes for me on what I love about country music and that’s the reason I wanted to lead with this song as I reintroduce myself as an artist.”

From getting married to wife Kasi to the upcoming birth of a baby boy for the newlyweds in December, the last year has been filled with life changes for the singer/songwriter and media personality. Whether in front of the camera or interviewing country music’s biggest stars, one thing has remained constant for Wicks all these years, his love of country music.

It was his reverence for the format that inspired the “Stealing Cinderella” singer’s latest track, “Solid Gold.” Written by Wicks and produced by Jimmy Ritchey, the heartfelt song reflects on a love as tried and true as hits by the legends namechecked in the ballad.

Wicks has found success in various segments of the entertainment industry, including as a songwriter (with cuts by Jason Aldean, Frankie Ballard, The Swon Brothers and Steve Holy), as a co-host of a Nationally Syndicated radio show -- earning two Academy of Country Music Award nominations for National On-Air Personality of the Year-- and multiple television appearances, including as a guest star on ABC’s hit series Nashville and as a celebrity contestant on ABC’s Dancing with the Stars. A former college baseball player, sportsman and outdoor enthusiast, Wicks  was one of only 11 athletes chosen from around the world to be featured on Season 2 of NBC Sports’ “IRONMAN: Quest For Kona” and was featured on Rocky Mountain Elk Foundation’s “RMEF Team Elk” series on the Outdoor Channel.

“Solid Gold” is fan’s first taste of new music from Wicks, who has been writing and back in the recording studio. For the latest news and more information, visit chuckwicks.com and follow on Facebook, Instagram and Twitter.