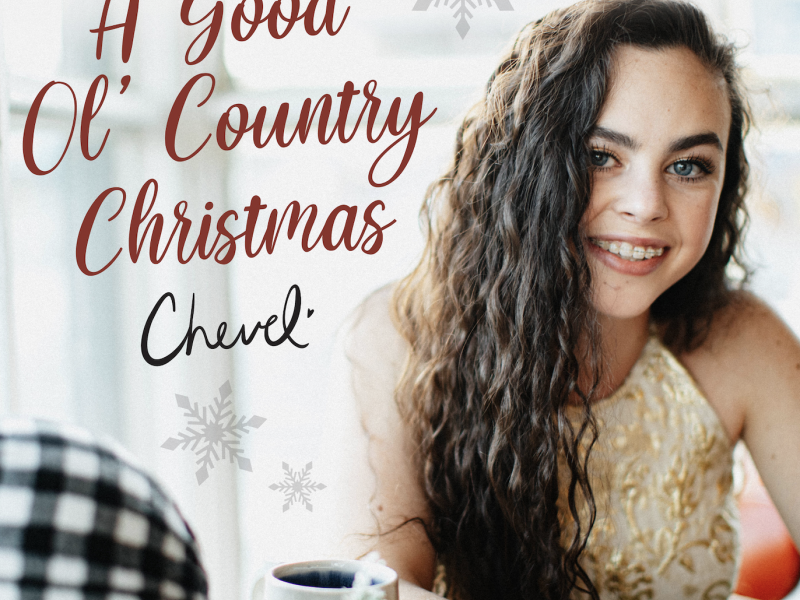 Vocal powerhouse and winner of season 15 of NBC’s “The Voice,” Chevel Shepherd, has been busy the last two weeks in Durango, Colorado self-recording and co-producing a collection of holiday tracks spanning generations—from Bill Monroe’s 1951 “Christmas Times A Comin’” to contemporary classic from The Polar Express, “When Christmas Comes to Town.” The 12-song holiday album, A Good Ol’ Country Christmas, arrives on Friday, December 11. Pre-save/pre-add HERE.

“This holiday season, more than any other, feels like one we should all give what we can and for me, that’s singing,” shares Shepherd. “My family has several Christmas traditions and singing carols has always been a big part. A Good Ol’ Country Christmas reminds me of home, the people who raised me and the traditions we hold dear.”

Released independently on Shepherd’s Country Sweetheart label and distributed by ONErpm, the album was co-produced by Shepherd and Scott “Scooter” Smith. Shepherd was accompanied by her band as well as special guests Gary Cook (mandolin and acoustic guitar) and Matt Palmer (fiddle/twin fiddles), relying on time-honored acoustics—fiddle, banjo and steel guitar—during her recording session in Colorado.

At only 18-years-old, the Farmington, New Mexico native is committed to remaining true to her roots and influences. Raised on country music and the outdoors—tending to animals on the farm, fixing cars with her dad and barrel racing at the rodeo—Shepherd reveres the sound of her musical idols, Loretta Lynn, Reba, Tanya Tucker and The Chicks. So, the wise-beyond-her-years vocalist walked away from the recording contract that comes with winning “The Voice” in order to maintain creative control of her own sound.

With what PEOPLE calls “a larger than life voice,” Shepherd’s recently released “Just Like the Circus” penned by Kacey Musgraves, Shane McAnally and Ashley Arrison. The track led CMT.com to declare her “one of country music’s most creative newcomers” while “vividly showing what heartbreak might look like under the big top” in the visually stunning music video envisioned by Shepherd and director David Dibble. Introducing herself as a mature new storyteller, Shepherd made her debut earlier this year with “Everybody’s Got A Story,” penned by Musgraves, McAnally and Brandy Clark, and “Mama Got the Chair,” a clever call-and-response to George Strait’s 1985 hit “The Chair.”

About Chevel Shepherd
Chevel Shepherd is helping us all remember the power of pedal steel and good stories. With bold sincerity and a sparrow’s natural instincts, Chevel sings modern country music that toes tradition’s best lines. The now 18-year-old New Mexico native first charmed America as the champion of season 15 of “The Voice,” nurtured by coach Kelly Clarkson. Chevel spent the next year checking off a long list of red-letter firsts, including opening shows for Clarkson, Little Big Town, Brothers Osborne, Lee Brice and more, along with singing “God Bless America” before the Indianapolis 500. On March 20, 2020, Chevel released two highly-anticipated new songs: the moving “Everybody’s Got a Story,” written by Kacey Musgraves, Shane McAnally, and Brandy Clark; and “Mama Got the Chair,” a clever call-and-response to George Strait’s iconic “The Chair” penned by Nora Collins, Nick Donley, and The Voice alum Dave Fenley. With additional releases, “Southern Boy,” “The Letter” and “Just Like the Circus,” and A Good Ol’ Country Christmas as her latest offering, fans can expect more music to come in 2021.