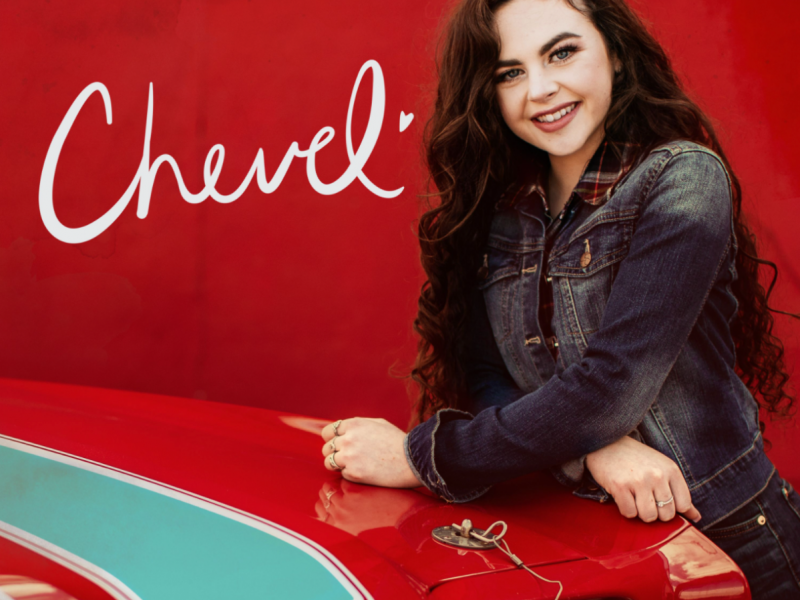 With what PEOPLE calls “a larger than life voice,” the now 18-year-old winner of season 15 of NBC’s The Voice, Chevel Shepherd, continues to pave her own path committed to a more traditional country sound. The release of her latest “Just Like the Circus,” penned by Kacey Musgraves, Shane McAnally and Ashley Arrison, pulls from the playbook of some of her musical idols, Lorretta Lynn, Reba, Tanya Tucker and The Chicks. Listen HERE.

The accompanying music video also makes its exclusive broadcast debut on CMT and CMT.com. Filmed in the wee hours at the Durango & Silverton Narrow Gauge Railroad, Shepherd and Dibble brought the song’s metaphoric circus to life with the help of Durango locals. Shepherd’s Big Top was built overnight, transforming the platform through custom handmade 1930s costumes and props. The resourceful enterprise also enlisted the help of their local college theater department, contributing to the set design.

“Storytelling is central to country music and it felt important to give a face to the characters of the song and setting the video in the 1900s allowed us to venture behind the big top and paint a really lush and fantastical world,” shares Shepherd.

Shepherd first debuted new music earlier this year with the release of “Everybody’s Got A Story,” penned by Musgraves, McAnally and Brandy Clark, and “Mama Got the Chair,” a clever call-and-response to George Strait’s 1985 hit “The Chair.”

Prior to releasing her first songs, she attended the 2020 Country Radio Seminar in Nashville, Tennessee, where she was particularly struck by a panel discussion hosted by CMT regarding the challenges facing women and airplay on Country radio. The statistics for a new female artist could be daunting to some, but Shepherd remains undeterred, sharing with Rolling Stone, “I’m proud to be a female country singer and am proud of the music the women in this format continue to create.”

During her run on The Voice, Cowboys & Indians declared that Shepherd “stands poised to become Generation Z’s newest country music star.” But the young dynamo wasn’t interested in overnight success. So, the wise-beyond-her-years vocalist walked away from the recording contract that comes with winning The Voice in order to maintain creative control of her sound. While fans patiently awaited new music, the Farmington, New Mexico native traveled between her home and Nashville during the latter half of 2019 to carefully select songs by acclaimed songwriters and scoring studio time with the help of The Voice coach-turned-mentor, Kelly Clarkson.

Raised on country music and the outdoors, Shepherd grew up feeding animals on the farm, barrel racing at the rodeo, fixing up cars with her dad and singing almost before she could walk, certainly well before walking onto The Voice stage and joining team Kelly. When it comes to the new song and her forthcoming debut EP, Shepherd knows how invaluable Clarkson’s support was to her creative process sharing with The Washington Post, “I got to pick the songs… and record it here in Nashville. Kelly just being a part of it, it’s been a blessing.”

About Chevel Shepherd
Chevel Shepherd is helping us all remember the power of pedal steel and good stories. With bold sincerity and a sparrow’s natural instincts, Chevel sings modern country music that toes tradition’s best lines. The now 18-year-old New Mexico native first charmed America as the champion of season 15 of The Voice, nurtured by coach Kelly Clarkson. Chevel spent the next year checking off a long list of red-letter firsts, including opening shows for Clarkson, Little Big Town, Brothers Osborne, Lee Brice and more, along with singing “God Bless America” before the Indianapolis 500. On March 20, 2020, Chevel released two highly-anticipated new songs: the moving “Everybody’s Got a Story,” written by Kacey Musgraves, Shane McAnally, and Brandy Clark; and “Mama Got the Chair,” a clever call-and-response to George Strait’s iconic “The Chair” penned by Nora Collins, Nick Donley, and The Voice alum Dave Fenley. With “Just Like the Circus” as her latest offering, fans can expect more music to come in 2021.