CHEVEL SHEPHERD DEBUTS: EVERYBODY’S GOT A STORY EP OUT NOW 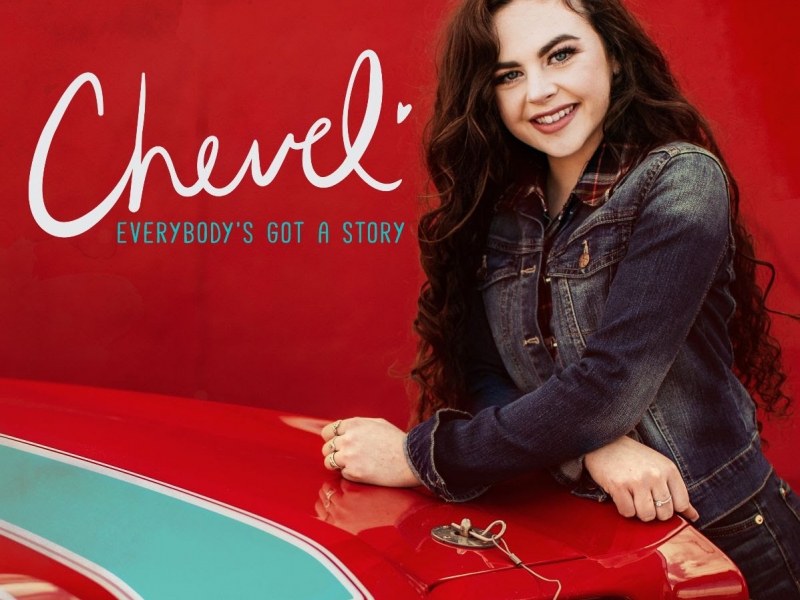 NASHVILLE, Tenn. – When Chevel Shepherd left “The Voice” stage after being crowned winner of season 15, she was determined to make music that reflects who she is as a country artist. Shepherd walked away from the recording contract that comes with winning and began paving a path of her own. Aided by her coach-turned-mentor Kelly Clarkson, the 18-year-old vocal dynamo carefully selected songs that reflect a more traditional country sound, steeped in storytelling. Recorded in Nashville with cuts written by acclaimed songwriters, Kacey Musgraves, Shane McAnally, Brandy Clark and more, Shepherd’s debut EP, Everybody’s Got A Story, is available now.

“I was singing almost before I could walk, surrounded by the music that my parents listened to – country music and classic rock,” shares the New Mexico native. “Loretta Lynn, Reba, Tanya Tucker and The Chicks are some of my musical heroes. What they have accomplished in their careers inspires me to stay true to who I am – embrace my traditional sound, style and love for storytelling.”

Known for her “powerful, emotional voice” as noted by Billboard, Shepherd released her first new music following “The Voice” with title-track “Everybody’s Got A Story,” penned by Musgraves, McAnally and Clark, and “Mama Got the Chair,” the clever call-and-response to George Strait’s 1985 hit “The Chair.” Those tracks join previously released “Just Like the Circus,” “Southern Boy” and “The Letter” as well as never-before-heard songs, the tender “Good Boy” and snarling “Snakes” on the EP produced by Todd Tidwell (Reba, Kelly Clarkson, Taylor Swift).

For the upcoming “Good Boy” music video, set for release on Monday, March 29, with People.com, Shepherd called on close friend and actor Charlie Gillespie of Netflix’s “Julie and The Phantoms” to costar alongside her. Shepherd and Gillespie met on the set of a Kenny Ortega-directed live production of the rock musical Hair in which they were cast opposite one another in the lead roles. Filmed in The Four Corners area where Shepherd grew up and conceptualized by frequent collaborator, director David Dibble (“Just Like the Circus” and “The Letter”), the video depicts dating the classic “good boy” through the decades.

As Shepherd reintroduces her voice with this debut EP, she recognizes just how important her journey on “The Voice” was and how thankful she is for Clarkson’s continued mentorship and support while creating  Everybody’s Got A Story, sharing with The Washington Post, “Kelly just being a part of it, it’s been a blessing.”

About Chevel Shepherd
Chevel Shepherd is helping us all remember the power of pedal steel and good stories. With bold sincerity and a sparrow’s natural instincts, Chevel sings modern country music that toes tradition’s best lines. The 18-year-old New Mexico native first charmed America as the champion of season 15 of “The Voice,” nurtured by coach Kelly Clarkson. Chevel spent the next year checking off a long list of red-letter firsts, including opening shows for Clarkson, Little Big Town, Brothers Osborne, Lee Brice and more, along with singing “God Bless America” before the Indianapolis 500. Last spring, Chevel released two highly-anticipated new songs: the moving “Everybody’s Got A Story” and “Mama Got the Chair,” a clever call-and-response to George Strait’s iconic “The Chair” penned by Nora Collins, Nick Donley and “The Voice” alum Dave Fenley. With “Southern Boy,” “The Letter” and “Just Like the Circus” as her most recent offerings, her debut EP Everybody’s Got A Story is available now.