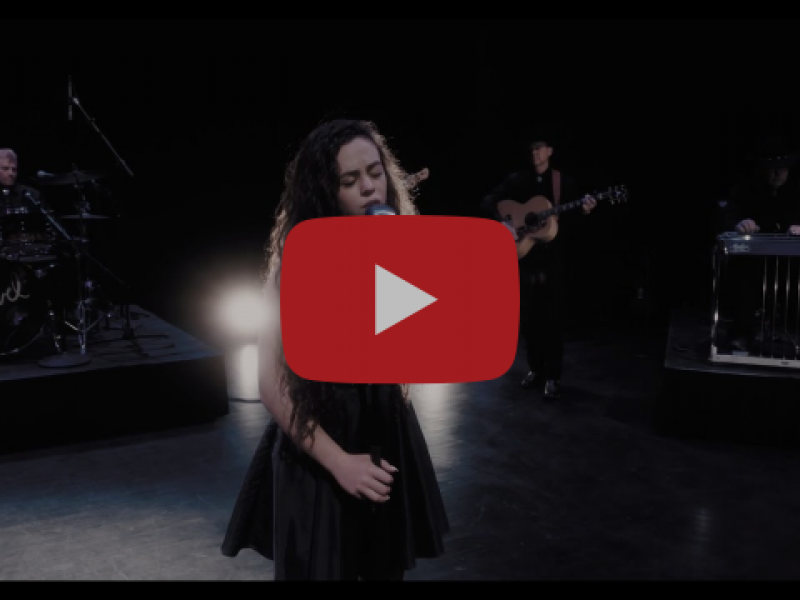 Season 15 winner of NBC’s “The Voice” Chevel Shepherd temporarily exchanges what People observes as her “positive spirit and carefree attitude” for a powerful, solemn vocal performance on her heartfelt new song “The Letter.” Portrayed in her debut music video, premiering with CMT today, the song captures the pain and hope of a young girl who has lost her mother.

“I immediately fell in love with this song as even though there’s sadness, there’s hope. I remember turning up the volume in the car and listening to it with my mom and both of us crying and in that moment we knew if we felt this way, there are so many families that may need this message in the face of grief,” remarks Shepherd. “Finishing the song with ‘Keep looking up’ is a reminder that no matter what you are going through, remember there’s someone there by your side.”

The New Mexico native’s recent releases include the songwriting prowess of award-winners Kacey Musgraves, Shane McAnally and Brandy Clark in “Everybody’s Got A Story” as well as the wit of “Mama Got the Chair,” a call back to George Strait’s 1985 no. 1 “The Chair,” and sassy “Southern Boy.” This collection of songs is featured on her forthcoming, debut EP.

About Chevel Shepherd
Chevel Shepherd is helping us all remember the power of pedal steel and good stories. With bold sincerity and a sparrow’s natural instincts, Chevel sings modern country music that toes tradition’s best lines. The 18-year-old New Mexico native first charmed America as the champion of season 15 of The Voice, nurtured by coach Kelly Clarkson. Chevel spent the next year checking off a long list of red-letter firsts, including opening shows for Clarkson, Little Big Town, Brothers Osborne, Lee Brice and more, along with singing “God Bless America” before the Indianapolis 500. On March 20, 2020, Chevel released two highly-anticipated new songs: the moving “Everybody’s Got a Story,” written by Kacey Musgraves, Shane McAnally, and Brandy Clark; and “Mama Got the Chair,” a clever call-and-response to George Strait’s iconic “The Chair” penned by Nora Collins, Nick Donley, and The Voice alum Dave Fenley. With “Southern Boy” as her third offering from her forthcoming EP, fans can expect additional releases throughout the summer including today’s release of “The Letter.”