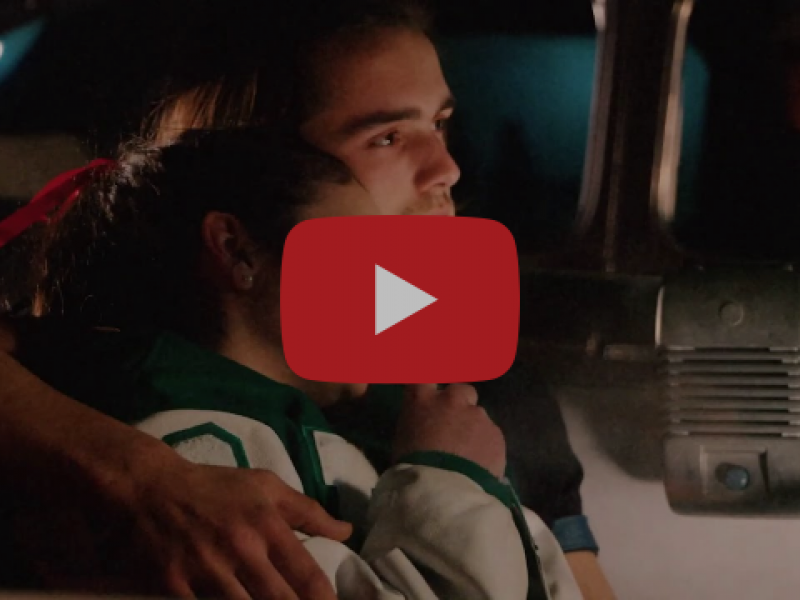 NASHVILLE, Tenn. – From greyscale film of the thirties to the effervescent 1950s, former “Voice” champion Chevel Shepherd and Netflix’s Charlie Gillespie of “Julie and the Phantoms” costar in Shepherd’s latest music video for “Good Boy,” available today from her debut EP Everybody’s Got A Story. The video People.com calls a “sweet visual” finds the pair depicting first dates through the decades.

Gillespie, a Kenny Ortega protégé (“Julie and the Phantoms” director and executive producer), and Shepherd met while on set of an Ortega-directed live production of the rock musical Hair in which they were cast opposite one another in the lead roles. “I’ve been eager to collaborate with Charlie again – his lively spirit is infectious and he’s a great friend of mine. He was the perfect person to help me bring this song to life,” shares the 18-year-old New Mexico native.

Conceptualized by Durango, Colorado-based director, David Dibble, the frequent collaborator brought “Good Boy” to life as previously done with Shepherd’s music videos for “Just Like the Circus” that CMT.com noted “vividly shows us what heartbreak might look like under the big top” as well as well as heartache-to-hope ballad “The Letter.” Filmed in the Four Corners area where Shepherd grew up, the music video features local landmarks like TJ’s diner and Allen Theater.

About Chevel Shepherd
Chevel Shepherd is helping us all remember the power of pedal steel and good stories. With bold sincerity and a sparrow’s natural instincts, Chevel sings modern country music that toes tradition’s best lines. The 18-year-old New Mexico native first charmed America as the champion of season 15 of “The Voice,” nurtured by coach Kelly Clarkson. Chevel spent the next year checking off a long list of red-letter firsts, including opening shows for Clarkson, Little Big Town, Brothers Osborne, Lee Brice and more, along with singing “God Bless America” before the Indianapolis 500. Last spring, Chevel released two highly-anticipated new songs: the moving “Everybody’s Got A Story” and “Mama Got the Chair,” a clever call-and-response to George Strait’s iconic “The Chair” penned by Nora Collins, Nick Donley, and “The Voice” alum Dave Fenley. With “Southern Boy,” “The Letter” and “Just Like the Circus” as recent offerings, her debut EP Everybody’s Got A Story is available now.