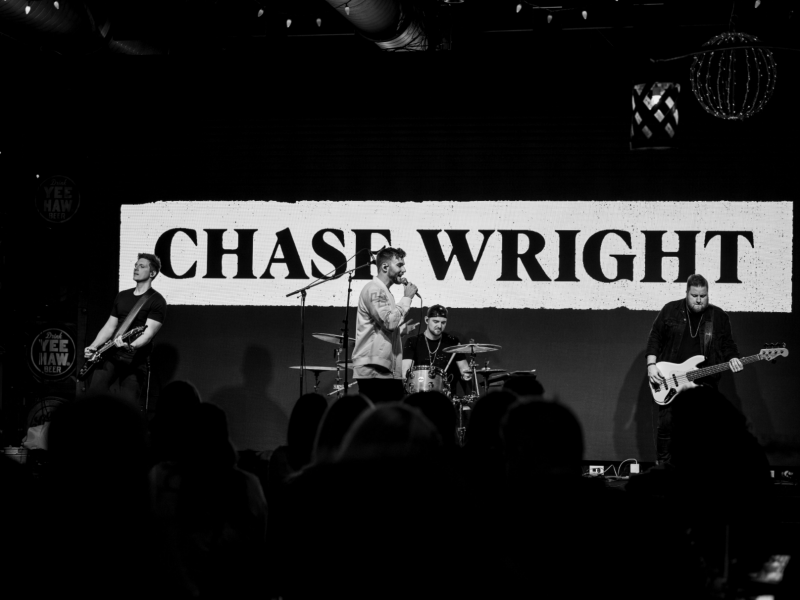 NASHVILLE, Tenn. – In the first ever live performance of his debut album, Intertwined, set for release this Friday, Nov. 5, rising country star Chase Wright entertained audiences on Tuesday night, Nov. 2, from Yee-Haw Brewing Co.’s stage with an energetic set made up of the 10-song collection.

“Putting a record out is something I’ve dreamt about for so long, I’m pinching myself,” shares Wright. “After so many months apart, having an audience sing the words back to me was priceless. When the set ended, I thought to myself, ‘I can’t wait to do this again.’ Luckily, I’ll get to do it all again this Friday when the Tin Roof ‘Nashville Hits the Roof’ series kicks off in St. Louis.”

With over 55 million career streams and counting, the artist Billboard notes “continues to impress with original material,” opened his high energy set with “Drive” which led Sounds Like Nashville to implore listeners “get in early with the latest from this promising young artist.” Wright continued to take the audience through the album with fan-favorites like “Missing You,” “Why Can’t It Be Over,” “Lying With You” and “Why Should We,” interlaced with the bridge of 3 Doors Down’s 2000 smash “Kryptonite” which was met with cheers from the lively crowd.

In addition to performing never-before-heard tracks like “Hangin’ On” and “What She Sees In Me,” Wright gave listeners as taste of most recent single “Intertwined” as well as “Wish You’d Miss Me” that Country Now calls “the quintessential heartbreak ballad.” The Indiana native concluded the night where his career began, with “My Kind of Morning” which MusicRow celebrates for its “melodies wrapped in spacious production, and rap-inspired cadences.”