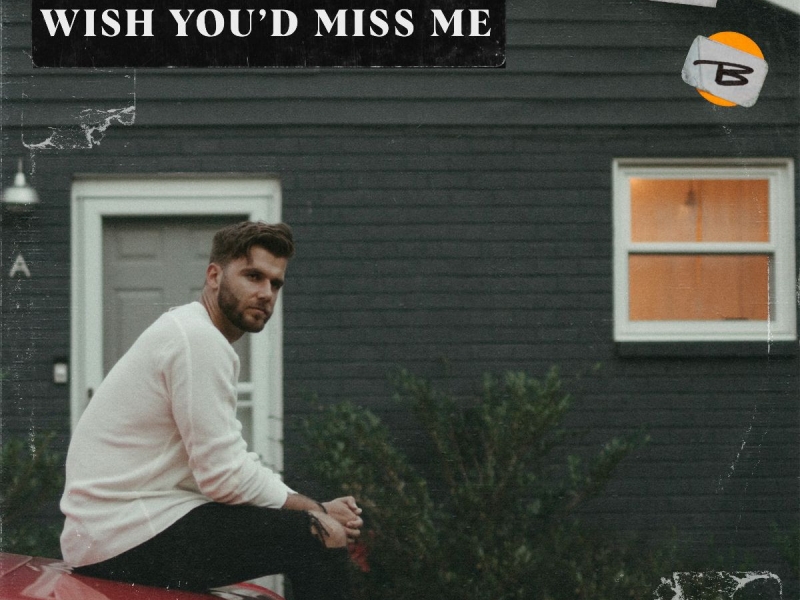 Reeling from a break-up, armed with an acoustic guitar while back in the bedroom he grew up in and notes filled with reflections about the relationship gone awry, proved to be the perfect recipe for Chase Wright’s latest breakout, “Wish You’d Miss Me” (lyrics HERE). Posting a performance of the track on TikTok Monday, Wright’s performance jumped to over half a million views overnight.

“I’m currently moving into my first home in Nashville, Tennessee so I can be here to pursue music full time, and I think while happy, there’s so much nostalgia in saying goodbye to this last chapter of my life. Performing and posting ‘Wish You’d Miss Me’ in that mood was cathartic and perhaps people are responding to that,” asks Wright at the overwhelming response. “When I create a song that says what I’m feeling, knowing that it might move someone else that feels the same way I do, helps. I wrote this song after realizing I shouldn’t care about the relationship that was over but still did.”

Poised as one of Nashville’s most buzzed about rising, unsigned singer/songwriters, Wright has been in the studio with producers Zach Abend and Jared Keim. Wright penned “Wish You’d Miss Me” alongside Robyn Collins and producer Jared Keim.

At only 24 years old, the former college track star has captured the attention of industry veterans landing a publishing deal with Toby & Molly Music and signing with Morris Higham Management for exclusive representation. The unsigned, country newcomer made his debut in August with the catchy, up-tempo “My Kinda Morning” and in just over a month, the independent release has already logged over 425,000 streams across digital platforms worldwide.

About Chase Wright:
Chase Wright is doing more than make his childhood dreams come true: he’s introducing himself as a bold new Nashville artist with a freewheeling approach to genre, firm footing in relatable storytelling, and soft spot for big choruses. Respect for country music’s way around a story without feeling beholden to it defines the Indiana native’s energetic songs, which rely on electric loops and pop-rock chords alongside more traditional sounds made from steel strings and wood. It’s a confident blend that belies the fact that 24-year-old Chase first picked up a guitar only four years ago as a freshman track star at DePauw University. After graduating with a degree in economics, Chase packed his bags for Nashville, where he has since earned a publishing deal with Toby & Molly Music and signed with Morris Higham for management. Written with Matt Jenkins and Josh Jenkins, his debut song “My Kinda Morning” is available now alongside new release, “Wish You’d Miss Me.”