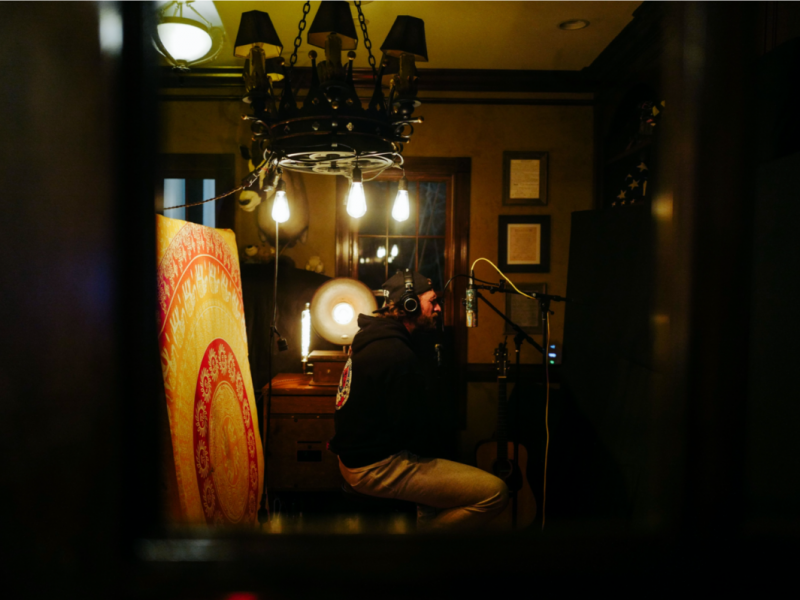 NASHVILLE, Tenn. – For multi-Platinum singer-songwriter Chase Rice, the past decade-plus of making music can be described in many ways: a whirlwind, a rollercoaster, a hold-on-tight-and-don’t-blink-or-you’ll-miss-it journey. What his career hasn’t included until now is a pause; a chance to reflect and redirect. With the unexpected opportunity to spend more time at his farm outside Nashville than ever before, Rice was able to do exactly that – and the new music he’s working on has benefitted as a result.

“For the first time I can remember since moving to Tennessee, I was just living,” notes the man American Songwriter praises for “cementing his place as one of country music’s most intriguing and lasting acts.” “My home has been the road for so long – and I absolutely love it – but I didn’t realize how much I missed having the chance to hang out with old friends, to make new friends and to actually experience living in the moment.”

The North Carolina native has not only been amassing such real-life experiences, but also the songs that flow out of him as a result. Newly inspired and more focused than ever before, Rice’s album in the works features multiple solo writes for the first time in his career as well as a wide range of sonic influences that reflect the types of music he enjoys listening to as a fan and the freedom that comes with creating from a place of true excitement. And when it came time to record the endless flow of songs he’d been writing, Rice decided to lean into exactly where the process had taken him thus far.

“I had started writing songs at home with just me and a guitar whenever the inspiration hit me; instead of heading downtown and trying to crank something out during a scheduled writing session,” explains Rice. “I realized that bringing the writing room into my real life – my farm, duck camp, a vacation with my friends – whatever that might look like, was making for some really great songs. So, when we started talking about getting into the studio – what that should look and feel like – I realized we already had the answer. It should feel like home.”

With producer Oscar Charles at the helm, Rice and company filled his living room with a vintage stand-up piano, guitars, drums and percussion, bass and keyboards – while leaving out some of his usual recording tools. For the first time in his career, Rice is recording with no click track, no pre-programmed music beds – and in many cases, one-take vocals on these songs.
“It’s been an incredible experience,” reflects Rice. “We’ve been camped out there for weeks, usually going for 12-plus hours a day without even realizing the time is flying by because everyone is in such a creative groove. It’s definitely the most excited I’ve ever been about making music, so I can’t wait to share this new sound with the fans.”

About Chase Rice
With more than 2.2 million albums sold and over 2.1 billion total streams, plus a legion of passionate fans at his high-energy concerts across the globe, Chase Rice has established himself as a powerful force in Nashville and beyond – yet he genuinely sees current single “If I Were Rock & Roll,” available everywhere now, as the launching pad for music that says what he wants to say, how he wants to say it. The song serves as a follow up to his three-part project, The Album, featuring his latest No. 1 hit, “Drinkin’ Beer. Talkin’ God. Amen. (feat. Florida Georgia Line)” and Platinum-certified Top 10 hit “Lonely If You Are.” This is the same gravelly-voiced Chase Rice fans first fell in love with years ago – but better. Freer. Unbeholden and uninhibited, somehow capable of evoking Chris LeDoux and The Chronic, campfire singalongs and stadium anthems, all at once. The new music builds upon the success of his sophomore album, Lambs & Lions, which featured the Double-Platinum, two-week chart topper “Eyes On You” – Rice’s first No. 1 as an artist and the most-streamed song of his career. Lambs & Lions followed Ignite the Night, which debuted at No. 1 on Billboard’s Top Country Albums and No. 3 on the all-genre chart, producing a pair of Top 5 hits; “Ready Set Roll” and “Gonna Wanna Tonight.” In addition to selling out arenas with Kane Brown and stadiums with Kenny Chesney, Rice also opened for Garth Brooks to 70K+ at Detroit’s Ford Field in early 2020 and has consistently sold out 3,000+ seat venues on his own headlining tours.