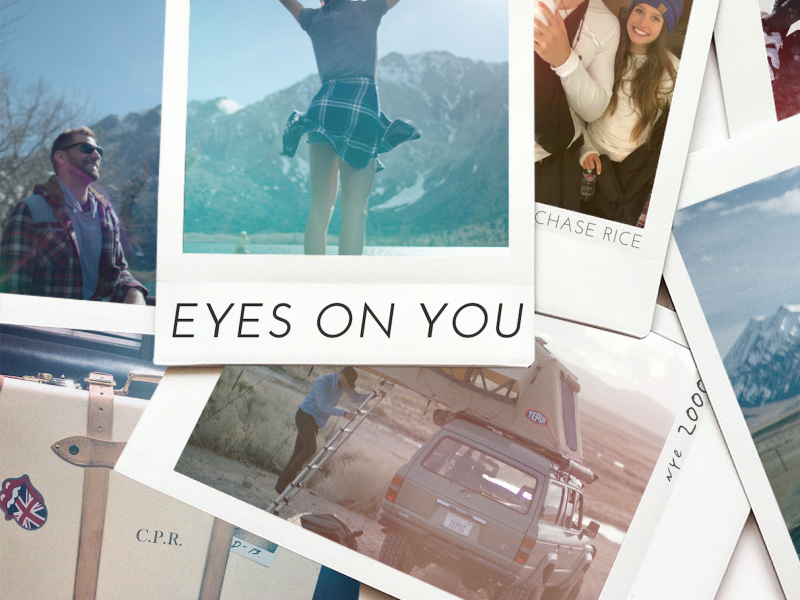 With Gold-certified hit “Eyes On You” earning the top spot at Country radio for the second consecutive week on both the Mediabase and Billboard charts, multi-Platinum entertainer Chase Rice celebrates the result of years of hard work that have triumphantly culminated in his first No. 1 hit as an artist. “From the moment we wrote ‘Eyes On You’ we felt how special it was, and then that was confirmed when we saw how strongly the fans reacted to it right away,” reflects Rice. “My career has certainly had its ups and downs, but we knew we were putting the work in to set ourselves up for something even bigger. To have it all pay off in this way makes me so grateful that I get to make music I’m proud of every day and makes me hungry to keep pushing for more. Thank you to every single person from the fans at our shows to the people playing our music on the radio for making this crazy dream of mine come true.” Written by Rice alongside frequent collaborators Ashley Gorley and Chris DeStefano, the singalong chorus of “Eyes On You” tells the story of a man so enamored by a woman that the world’s most beautiful settings pale in comparison. In addition to instantly becoming a fan-favorite at live shows and a viral sensation – streamed more than 50 million times and hitting Spotify’s U.S. Viral 50 Chart before it was even announced as a single, then landing on Rolling Stone’s “10 Best Country and Americana Songs of the Week” upon its release – “Eyes On You” has now been streamed more than 130 million times and has also earned critical praise as evidence that Rice’s unique journey and hard work thus far is paying off. After a scorching start to his career as a songwriter on Florida Georgia Line’s Diamond-certified No. 1 crossover hit “Cruise” in 2012, Rice quickly climbed the charts on his own with both debut single “Ready Set Roll” and follow-up “Gonna Wanna Tonight” hitting the Top 5 and earning Platinum certifications. “When you start out that hot, you sometimes miss opportunities to have deeper relationships with people. And that’s what we’ve fixed,” Rice recently shared with Taste of Country. In the period defined by a lack of radio airplay which followed that initial wave of success, Rice focused on rebuilding from the ground up. As the Tennessean described, “he switched record labels, fought his way back to country radio relevance and [nabbed] his first No. 1 hit with ‘Eyes On You.’”He also focused on engaging with his passionate fans at live shows, continuously growing his audience and selling out shows across the country before returning to the airwaves with new music. The resulting two-week No. 1 has shown that his strategy paid off, with Sounds Like Nashville describing “Eyes On You” as “a testament to his growth in the genre [which] shows promise of all that he has left to do.” “‘Eyes On You,’” Billboard proclaims, “has proven his instincts were right.” For more information and upcoming tour dates, visit www.chaserice.com. Follow on Twitter and Facebook@ChaseRiceMusic and on Instagram @ChaseRice.

About Chase Rice
Country music maverick Chase Rice has become one of country music’s most exciting figures since arriving in Nashville, building a loyal fan base across the country through his energetic live shows and gaining the attention of music critics and industry professionals alike with his edgy, eclectic sound. The Tar Heel State native released his sophomore album, Lambs & Lions, featuring lead single and Top-20 hit “Three Chords & the Truth,” with new label Broken Bow Records in November 2017. Follow-up single “Eyes On You” has been certified Gold by the RIAA and is both Rice’s first No. 1 as an artist as well as the most-streamed song of his career with more than 130 million streams to date. His debut album Ignite the Night debuted at No. 1 on Billboard’s Top Country Albums and No. 3 on the all-genre chart, and produced a pair of Top 5 hits, the Platinum-certified "Ready Set Roll" and “Gonna Wanna Tonight.” After supporting Kenny Chesney’s The Big Revival Tour, Rice consistently sold out 2,500-3,000 seat venues on his headlining JD and Jesus Tour, Everybody We Know Does Tour and Lambs & Lions Tour. He recently served as direct support on the Luke Bryan Farm Tour 2018 and headlined a U.K. run in advance of his highly-anticipated Eyes On You Tour, currently underway.