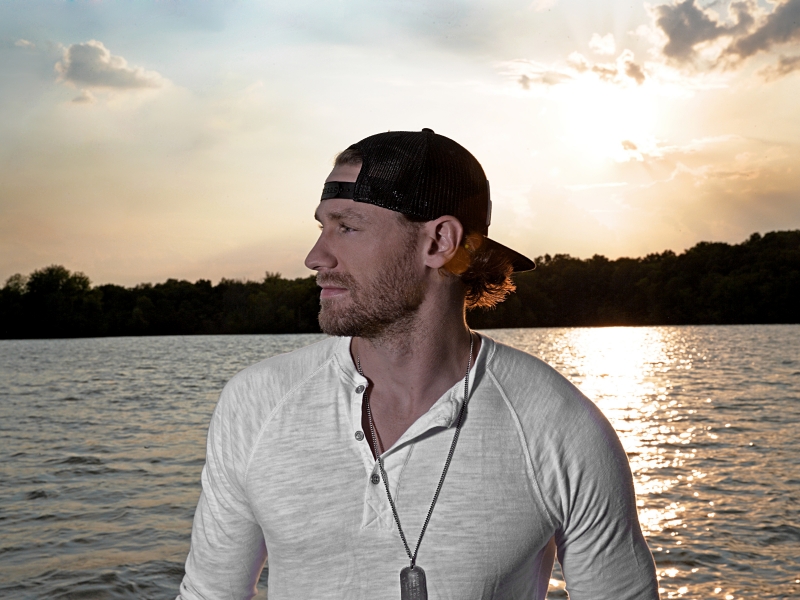 Vevo LIFT to Debut Video For "Ride" and Feature Exclusive Content Across All Vevo Platforms
NASHVILLE, Tenn. (June 15, 2015) – Chase Rice has built his career from the ground up with constant emphasis on his fans: every set list, performance and recording has them in mind. Because of that relationship, Rice has amassed an audience that has gone on to attribute to over one million in sales and afforded him opportunities like being tapped to joinKenny Chesney’s The Big Revival Tour. Throughout his seemingly limitless rise, Rice’s penchant for reaching his fans remains, and it’s because of that promise to connect with them as often as he can that Rice has found yet another avenue to deliver content to them via Vevo LIFT.

Rice has been selected as the next artist for Vevo's all-genre emerging artist program, LIFT. Launching today, the program will feature a series of exclusive content rolled out over the next few weeks, including the video debut of the entertainer’s fan-favorite song, “Ride,” on Thursday, June 18. Fans can visit Vevo’s apps, Vevo.com and syndication partner websites for the opportunity to get to know Rice through exclusive interviews, performance videos and behind-the-scenes footage, and Rice promises to have some clips that will even give the longtime fan – the ones who came out to see him when he was starting out in dive bars – new insight. Having launched projects with Avicii, Kendrick Lamar, Lorde, Aloe Blacc, Sam Smith and more, the Vevo LIFT program helps to bring wider acclaim to some of music’s most promising artists.

Hailed as “a rarity” (ESPN) and an artist who has established “clever ways [. . .] to enliven this new country trend” (Associated Press), Rice co-wrote the highest-selling digital country song of all time -- Florida Georgia Line’s massive crossover hit “Cruise” -- and his Columbia Nashville/ Dack Janiels Music debut Ignite the Night opened at No. 1 on the country charts. His first single from the album, “Ready Set Roll,” reached the Top 5 at country radio and earned Platinum-certified status. The second single, “Gonna Wanna Tonight," is currently Top 30 and climbing and Rice has performed it for national audiences on ABC’s Jimmy Kimmel Live and Good Morning America.

Featuring Macy Maloy and SoMo, “Ride” is a sleek and sexy album cut from Rice’s Ignite The Night-- Party Edition breakout 2014 album (hyperlink: http://smarturl.it/ignitethenightparty). Although it is not currently at country radio, fans have passionately reacted to the track---dubbed “baby-making music” by Taste of Country --both in downloads and on tour opening for Chesney. As part of its highly selective program, Vevo will debut the mind-bending new video for “Ride,” directed by Peter Zavadil on Thursday, June 18. The action-packed video stars Rice and includes cameos by Maloy and SoMo.

Check out the launch of Chase Rice on Vevo LIFT today here:http://vevo.ly/jfyTWM.