CHASE RICE TAKES FANS TO THE WILD WEST WITH “WAY DOWN YONDER,” OUT NOW 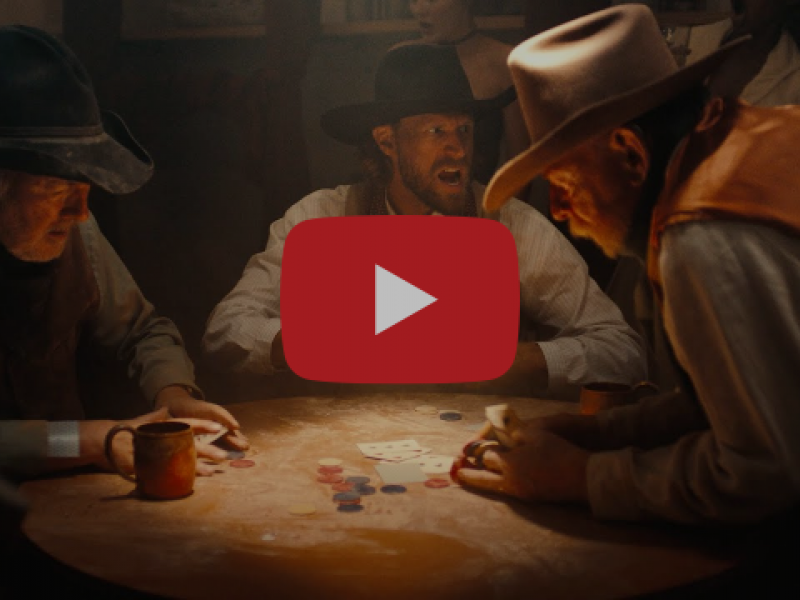 Rice to Appear on Sirius XM The Highway’s “Music Row Happy Hour” Ahead of Performance at Bridgestone Arena Tonight, Oct. 14

NASHVILLE, Tenn. – As teased earlier this week by multi-Platinum singer/songwriter Chase Rice, his outlaw anthem “Way Down Yonder” is available everywhere now along with an accompanying Wild West-style music video. Today’s release showcases a rugged new sound previewing Rice’s next musical era, which will be on full display via a forthcoming album. Listen to “Way Down Yonder” HERE and watch the music video HERE.

Rice will celebrate the release with an appearance on SiriusXM The Highway’s “Music Row Happy Hour” this afternoon before heading to Bridgestone Arena to kick off the night’s Rock N’ Roll Cowboy tour stop. Fans can also stop by the Bridgestone Plaza all day for a special “Way Down Yonder” time period photo experience – with the chance that Rice himself will make an appearance at the activation during their photoshoot.

The photo experience embodies the Western influence of the song’s official music video, which was shot in a single take as a time period piece at Fort Worth’s Stockyards National Historic District as showcased exclusively by Entertainment Tonight HERE.
Written by Rice together with Hunter Phelps, John Byron, Blake Pendergrass and Corey Crowder during a writing retreat in Florida that also produced recent release “Key West & Colorado,” “Way Down Yonder” is the latest preview of his forthcoming album, painting a vivid picture of hardworking characters living beyond the confines of the law:

The song was recorded along with the rest of the forthcoming project during a two-week period at Rice’s farm outside Nashville, with producer Oscar Charles and a live band using makeshift recording environment to capture a pure, raw style unlike any of his previous studio projects.

About Chase Rice
With more than 2.3 million albums sold and over 2.3 billion total streams, plus a legion of passionate fans at his high-energy concerts across the globe, Chase Rice has established himself as a powerful force in Nashville and beyond. With a forthcoming album crafted in his rural Tennessee home-turned-studio, his sound continues to evolve to reflect the realities of his life, as evidenced by recent releases “Key West & Colorado” and “Way Down Yonder.” The new music serves as a follow up to his three-part project, The Album, featuring his latest Platinum-certified No. 1 hit, “Drinkin’ Beer. Talkin’ God. Amen. (feat. Florida Georgia Line)” and Platinum-certified Top 10 hit “Lonely If You Are.” This is the same gravelly-voiced Chase Rice fans first fell in love with years ago – but better. Freer. Unbeholden and uninhibited, somehow capable of evoking Chris LeDoux and The Chronic, campfire singalongs and stadium anthems, all at once. The new music builds upon the success of his sophomore album, Lambs & Lions, which featured the Triple-Platinum, two-week chart topper “Eyes On You” – Rice’s first No. 1 as an artist and the most-streamed song of his career. Lambs & Lions followed Ignite the Night, which debuted at No. 1 on Billboard’s Top Country Albums and No. 3 on the all-genre chart, producing a pair of Top 5 hits; “Gonna Wanna Tonight” and Platinum-certified “Ready Set Roll.” In addition to selling out arenas with Kane Brown and Jason Aldean plus stadiums with Kenny Chesney and Garth Brooks, Rice also consistently sells out venues across the U.S. and Europe on his own headlining tours.