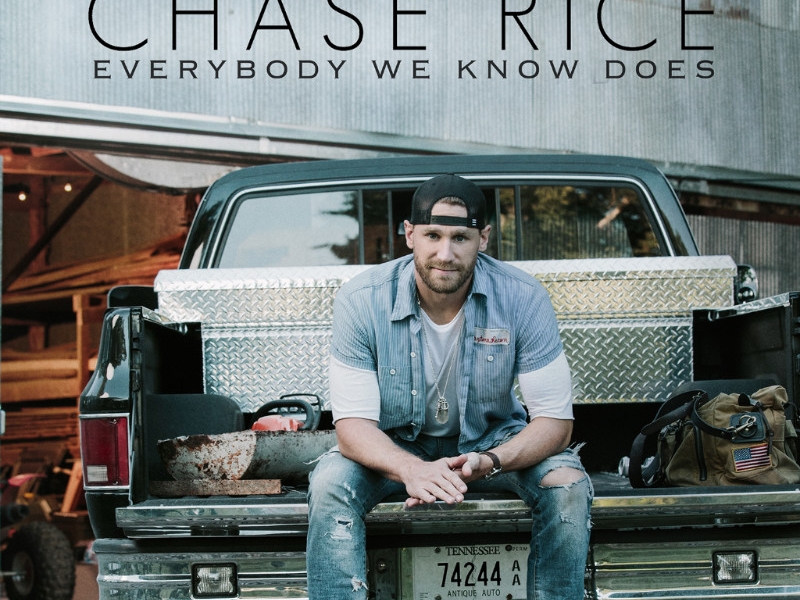 NASHVILLE, Tenn. (June 24, 2016) – Chase Rice has built his country music career one fan at a time, honing his vigorous live show by playing everywhere from dive bars and fields to amphitheaters and sheds, listening to peoples’ stories and tapping into the common pulse that brings them together night after night: Music.

With four headlining tours, opening runs for stadium superstar Kenny Chesney and  entertainer Dierks Bentley, a chart-topping album and two Top 5 radio hits now under his belt, Rice has ridden the highs and lows right alongside his fans and supporters and harnessed that collective energy in recording music for his forthcoming album.

With his new single “Everybody We Know Does,” available at digital retailers today, June 24 and arriving at country radio on Tuesday, June 28, Rice delivers an authentic anthem that reflects the values and lifestyle he shares with his core supporters while also nodding to their diversity.

“These last few years have been a whirlwind, being out on the road building our live show and working on new music for the next record. I’ve lived a lot and had some incredible experiences and opportunities, but I’ve also been spending some time out at my farm, just unplugging for a bit and reflecting on what music means to me and what it means to all of the people who have shown up and supported me over the years,” said Rice. “That’s why this song, ‘Everybody We Know Does,’ is really special to me. We went in and recorded it with some of Nashville’s top studio musicians, so it’s our sound and our lives reflected in this song. It’s who we are, and that’s ultimately what brings us all together.”

“Everybody We Know Does” was written by Jeremy Bussey and Travis Denning and is available at all digital retail partners now at http://smarturl.it/everybodyweknowdoes

Within a few short years of moving to Nashville, country music maverick Chase Rice has already built a loyal fan base across the country through his energetic live shows and gained the attention of industry professionals with his edgy, eclectic sound. Rice’s Ignite the Night was released on Columbia Nashville/Dack Janiels Records and debuted at No. 1 on Billboard’s Top Country Albums and No. 3 on the all-genre chart. That album produced a pair of Top 5 hits, the Platinum-certified "Ready Set Roll" and “Gonna Wanna Tonight.” After supporting Kenny Chesney’s The Big Revival Tour 2015, Rice consistently sold out 2,500-3,000 seat venues on his JD and Jesus Tour and recently wrapped his fourth headlining tour, Campus Events Network Presents College Days, Country Nights: The Chase Rice Back to College Tour. His new single, “Everybody We Know Does,” is available at digital retailers now with an impact date at country radio set for July 18, 2016. For more information, visit www.chaserice.com or follow on Twitter @ChaseRiceMusic and www.Facebook.com/ChaseRiceMusic.