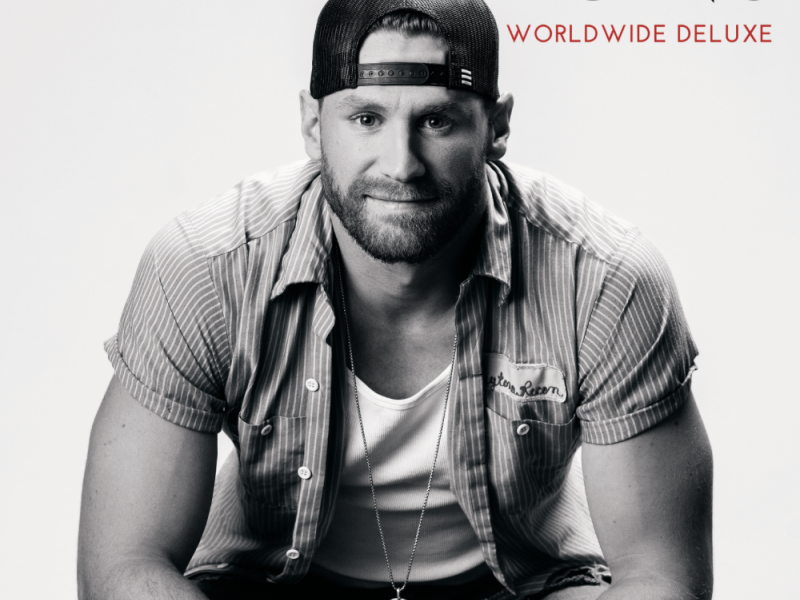 With annual U.K. shows becoming the norm for Platinum-selling singer-songwriter Chase Rice, his passionate audience base has spread across the pond at an incredible rate. He was recently featured on the U.K.'s biggest radio station, BBC R2, for a session on “The Country Show with Bob Harris” and will soon return for the C2C: Country to Country Music Festival 2019. To celebrate this international success, Rice is thanking his loyal fans across the globe with Lambs & Lions (Worldwide Deluxe), available worldwide as the title implies on Friday, March 1.

“Our European fans blew us away when they sold out our first overseas tour two years ago, and they haven’t let up since,” shares Rice. “We spent the end of 2018 in London, Manchester, Glasgow and Birmingham – and they sang every word to our album cuts, especially ‘On Tonight’ off Lambs & Lions. That reaction is what inspired us to create a special U.K. version of the song, and then we asked ourselves, ‘why stop there?’ I’m excited that we can get this new music in their hands right before we head back over for C2C in March.”

Lambs & Lions (Worldwide Deluxe) features the original album’s 10 tracks, including U.S. Top 20 lead single “Three Chords & The Truth” as well as current Top 20 smash hit “Eyes On You,” which has been streamed 100 million times and counting. The deluxe edition also boasts re-imagined versions of “On Tonight” and “Eyes On You” as well as new music with “Love Me Like You Don’t” and “25 Wexford St.,” which takes its name from an Irish pub’s address.

As U.K.-based Country Music Magazine proclaims, “Chase Rice will be bringing the good times to C2C this year.” Praised by fellow U.K. outlets Entertainment Focus for having audiences “completely in the palm of his hand” as well as Building Our Own Nashville as “globally in-demand” and “one of country music’s most exciting voices,” Rice will take the stage at London’s O2 Arena on Friday, March 8, Glasgow’s SSE Hydro on Saturday, March 9 and Dublin’s 3 Arena on Sunday, March 10.

About Chase Rice
Country music maverick Chase Rice has become one of country music’s most exciting figures since arriving in Nashville,building a loyal fan base across the country through his energetic live shows and gaining the attention of music critics and industry professionals alike with his edgy, eclectic sound. The Tar Heel State native released his sophomore album, Lambs & Lions, in November 2017 with new label Broken Bow Records. The first single from Lambs & Lions, “Three Chords & The Truth,” was a Top 20 hit at country radio and the follow-up, “Eyes On You,” is now Top 20 and climbing after fans streamed it over 50 million times before even learning it would be the next single. Rice’s debut album Ignite the Night debuted at No. 1 on Billboard’s Top Country Albums and No. 3 on the all-genre chart, and produced a pair of Top 5 hits, the Platinum-certified "Ready Set Roll" and “Gonna Wanna Tonight.” After supporting Kenny Chesney’s The Big Revival Tour, Rice consistently sold out 2,500-3,000 seat venues on his headlining JD and Jesus Tour, Everybody We Know Does Tour and Lambs & Lions Tour. He recently served as direct support on the Luke Bryan Farm Tour 2018 before going overseas for a headlining U.K. run in advance of his highly-anticipated Eyes On You Tour, which continues into 2019.