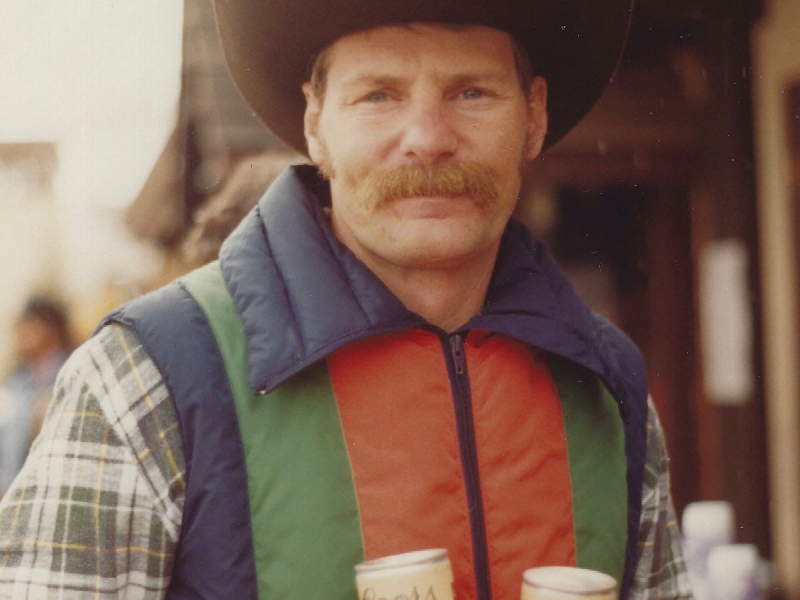 Rice Honors His Late Father, Daniel Rice, With Album Cover
“If I’m gonna put my dad on the cover of an album, it has to be something he’d be proud of… He’d be proud of this one,” Rice shared exclusively with MusicRow.Lead Songs “Way Down Yonder” and “Key West & Colorado” Available Everywhere Now

NASHVILLE, Tenn. – For multi-Platinum singer/songwriter Chase Rice, a year off the road spent reconnecting with his passions both musically and personally resulted in a brand-new album featuring a sonic return to his roots: I Hate Cowboys & All Dogs Go To Hell set for release Feb. 10, 2023 is available for pre-save / pre-add HERE.

Featuring 13 tracks, ranging from emotional reckoning to admiration of a Western way of life and including recent releases “Key West & Colorado” and “Way Down Yonder,” plus a reimagined album version of “If I Were Rock & Roll,” the project honors his late father, Daniel Rice, with its cover art.

“My dad was one of those good guys you read about – tough, hardworking, always helping other people out,” Rice notes of the man gracing the album cover. “I try to live my life in a way that would make him proud. I haven't always measured up to that, but I get closer to that man I want to be and the man he’d be proud of every single day.

“Making this album was a big step towards that musically, too,” he continues. “Not only is it the most vulnerable I've ever been, it’s also something he’d enjoy listening to and is full of stories I wish I could tell him. I’ve always wanted to honor him by using this photo as an album cover, and I know this project is the one that deserves that. I can’t wait for y’all to hear it.”

Building on solo songwriting sessions with just his acoustic guitar, plus trips with friends where songs were born from real life as opposed to Music Row writing appointments, Rice took the same approach into the recording process with producer Oscar Charles. Forgoing a traditional studio, Rice and Charles turned his rural home into their 24/7 workspace, bringing in a live band with no click track to capture a rugged, authentic sound.

“It was incredible,” Rice shared with CMT of working with Charles. “He gets in there, grinds, and doesn’t just try to do the same old thing… If I didn’t feel like we had something vocally, we didn’t just tweak it. He would say, ‘step up and sing it right.’ We wanted to make everything great. He pushed me, and we pushed each other… This album brought my voice and songs to life in a way people have never heard before.”

The resulting sound is a raw, passionate side of a reinvigorated Rice, who serves as a writer on all 13 tracks, including three solo writes.

“‘What can I put out that makes me come to life?’,” he explained to PopCulture of the writing and recording process. “Because if I come to life when I’m on the stage and up there singing songs that I’m passionate about and love, man, people are gonna love them that much more… I’m at the place in my life now where I just want people to know who I really am as opposed to who they think I am. I think this record's a good start.”

About Chase Rice
With nearly 2.4 million albums sold and over 2.4 billion total streams, plus a legion of passionate fans at his high-energy concerts across the globe, Chase Rice has established himself as a powerful force in Nashville and beyond. With the forthcoming album I Hate Cowboys & All Dogs Go To Hell crafted in his rural Tennessee home-turned-studio, his sound continues to evolve to reflect the realities of his life, as evidenced by recent releases “Key West & Colorado” and “Way Down Yonder.” The new music serves as a follow up to his three-part project, The Album, featuring his latest Platinum-certified No. 1 hit, “Drinkin’ Beer. Talkin’ God. Amen. (feat. Florida Georgia Line)” and Platinum-certified Top 10 hit “Lonely If You Are.” This is the same gravelly-voiced Chase Rice fans first fell in love with years ago – but better, freer; unbeholden and uninhibited. The new music builds upon the success of his sophomore album, Lambs & Lions, which featured the Triple-Platinum, two-week chart topper “Eyes On You” – Rice’s first No. 1 as an artist and the most-streamed song of his career. Lambs & Lions followed Ignite the Night, which debuted at No. 1 on Billboard’s Top Country Albums and No. 3 on the all-genre chart, producing a pair of Top 5 hits; “Gonna Wanna Tonight” and Platinum-certified “Ready Set Roll.” In addition to selling out arenas with Kane Brown and Jason Aldean plus stadiums with Kenny Chesney and Garth Brooks, Rice also consistently sells out venues across the U.S. and Europe on his own headlining tours.