CHASE RICE RE-IMAGINES THE ALBUM WITH STRIPPED-BACK VERSIONS OF ALL 15 SONGS: THE ALBUM (ACOUSTIC) AVAILABLE NOW 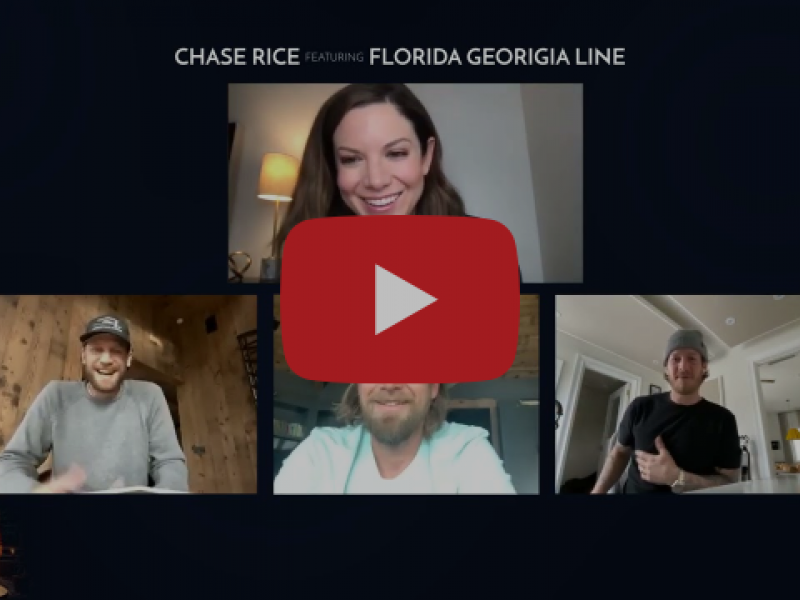 NASHVILLE, Tenn. – Following the recent release of his brand-new project, The Album, multi-Platinum entertainer Chase Rice has stripped back all 15 songs for a reimagined version of the record on The Album (Acoustic), available now.

The journey of The Album first began in early 2020, when Rice surprised fans with a diverse collection of music, mixing heartland six strings and keys with EDM-laced drama. As the year progressed and Rice returned to his roots with an acoustic guitar while spending time off the road, he was inspired to reimagine the project in a whole new way.

“As we all slowed down this year, I found myself gravitating back to how it all began for me – writing songs with just myself and a guitar,” notes Rice. “I started sharing videos of me playing some of the new music that way and fans really loved it, so that inspired me to go back to each song and create these acoustic versions, which give The Album a whole new perspective.”

Included among the 15 tracks is Rice’s current single “Drinkin’ Beer. Talkin’ God. Amen. (feat. Florida Georgia Line),” which holds the distinction of Rice’s fastest trip to the Top 10 at Country radio thus far in his career and marks his fifth Top 10 to date.

Rice, joined by FGL’s Tyler Hubbard and Brian Kelley, recently sat down with Ashley Eicher to discuss the magic of the song as well as their storied musical history together, including as co-writers of FGL’s Diamond-certified and then-record 24-week No. 1 smash hit, “Cruise.”

“We haven’t done music together in 10 years,” notes Rice when describing the decision to collaborate again on the new track, nearly a decade after co-writing the 11x Platinum hit, “and all of a sudden it all comes back around for guys who literally lived in a house together and were just trying to figure it out for themselves.”

“We called it the ‘fun house,’ just to sum it up in two words. We had a whole lot of fun, we played a lot of music, we drank a lot of beer and talked a lot of God,” laughs Hubbard. “Honestly, that’s sort of why this song resonates so much for all of us. We were all kind of finding ourselves as adults, but we were also really grounded in who we were, in our faith, in our passions, in what we were pursuing, in what we loved — so it was fun just doing it all together when we were green as could be and had nothing to lose.”

“It was a nonstop creative house,” adds Kelley. “There were so many days when we wrote so many songs, and then we’d get ready to go out and we’d be making up more songs and keeping the whole creative flow going. That’s hard to replicate… We try to somewhat re-create it when we’re writing songs and hanging out, but in those early days we couldn’t get away from songwriting and I still feel like that’s in us.”

Fans can also tune in tonight to see the farm where Rice truly lived out the message of “Drinkin’ Beer. Talkin’ God. Amen.” over the past year, as he takes “Entertainment Tonight” host Cassie DiLaura on a tour of his Twin Eagles Creek Farm. Visit etonline.com/showfinder to check local listings.

About Chase Rice
With more than 2 million albums sold and over 1.7 billion total streams, plus a legion of passionate fans at his high-energy concerts across the globe, Chase Rice has established himself as a powerful force in Nashville and beyond – yet he genuinely sees The Album as the launching pad for music that says what he wants to say, how he wants to say it. With songs such as his Platinum-certified Top 10 hit “Lonely If You Are” and new Top 10-and-climbing single, “Drinkin’ Beer. Talkin’ God. Amen. (feat. Florida Georgia Line),” this is the same gravelly-voiced Chase Rice fans first fell in love with years ago – but better. Freer. Unbeholden and uninhibited, somehow capable of evoking Chris LeDoux and The Chronic, campfire singalongs and stadium anthems, all at once. The project builds upon the success of his sophomore album, Lambs & Lions, which featured the Double-Platinum, two-week chart topper “Eyes On You” – Rice’s first No. 1 as an artist and the most-streamed song of his career (nearly 500M streams to date). His inaugural album, Ignite the Night, debuted at No. 1 on Billboard’s Top Country Albums and No. 3 on the all-genre chart, producing a pair of Top 5 hits; “Ready Set Roll” and “Gonna Wanna Tonight.” In addition to supporting Kenny Chesney’s The Big Revival stadium tour, Rice has consistently sold out 2,500-3,000 seat venues on his own headlining tours and is set to join Kane Brown’s Blessed & Free Tour in early 2022.