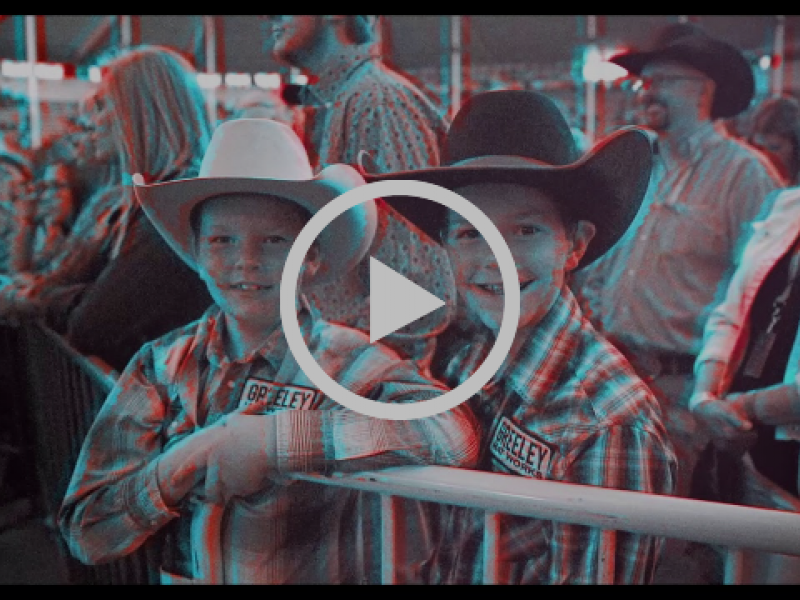 Platinum-certified entertainer Chase Rice continues to keep fans on their toes following the recent release of Lambs & Lions (Worldwide Deluxe), featuring two brand-new songs and two reimagined fan favorites. Rice again shared new content today, April 2 -- this time with a video for his Mac McAnally-produced album cut "This Cowboy's Hat," his take on Chris LeDoux's classic which he re-recorded alongside the rodeo champion's son Ned. The video premiered with Cowboys & Indians; watch HERE. "That was my childhood… Garth Brooks and Chris LeDoux. And for me to be able to record that song with his son and with one of the guys from Western Underground playing on the song… that’s insane," Rice shared with Cowboys & Indians regarding the meaningful project. "If I was going to do it, I wasn't going to screw it up. We had to do it right and I think we nailed it."

Directed by Cody Cannon, the video features clips of Rice and Ned LeDoux recording their version of the classic country song as well as scenes from Colorado's Greeley Stampede -- the only time they've played the song together live. The video concludes with historic footage of the hall of fame rodeo champion turned country singer/songwriter himself, as well as a tribute to Rice's late father who fostered his love for both rodeo culture and country music.

"The original live version of 'This Cowboy’s Hat' was with Chris on stage and it was just a live video of him singing it, and all the craziness that he does on stage," Rice explained to Cowboys & Indians of the concept for his video. "Ned and I got this show together… so we kind of wanted to give a little tip of the hat to his dad and how he did it originally, with a live music video… We actually added in some of the original video as well. So it's just got a lot of old school with some of Chris actually in the video, and then it's got Ned and I playing together in Colorado, which was, you know, primetime cowboy country."

While sharing this bonus content for fans, Rice is also in the midst of a career-defining moment as he watches hit single "Eyes On You" continue to climb the charts. Currently No. 6 and rising on both the Billboard and Mediabase Country Airplay charts, the most-streamed song of Rice's career is also enjoying its sixth week on the Billboard all-genre Hot 100.

About Chase Rice
Country music maverick Chase Rice has become one of country music's most exciting figures since arriving in Nashville, building a loyal fan base across the country through his energetic live shows and gaining the attention of music critics and industry professionals alike with his edgy, eclectic sound. The Tar Heel State native released his sophomore album, Lambs & Lions, featuring lead single and Top-20 hit "Three Chords & the Truth," with new label Broken Bow Records in November 2017. Follow-up single "Eyes On You" has become the most-streamed song of Rice's career with more than 120 million streams and is now Top 10-and-climbing at Country radio. His debut album Ignite the Night debuted at No. 1 on Billboard’s Top Country Albums and No. 3 on the all-genre chart, and produced a pair of Top 5 hits, the Platinum-certified "Ready Set Roll" and "Gonna Wanna Tonight." After supporting Kenny Chesney's The Big Revival Tour, Rice consistently sold out 2,500-3,000 seat venues on his headlining JD and Jesus Tour, Everybody We Know Does Tour and Lambs & Lions Tour. He recently served as direct support on the Luke Bryan Farm Tour 2018 and headlined a U.K. run in advance of his highly-anticipated Eyes On You Tour, currently underway.