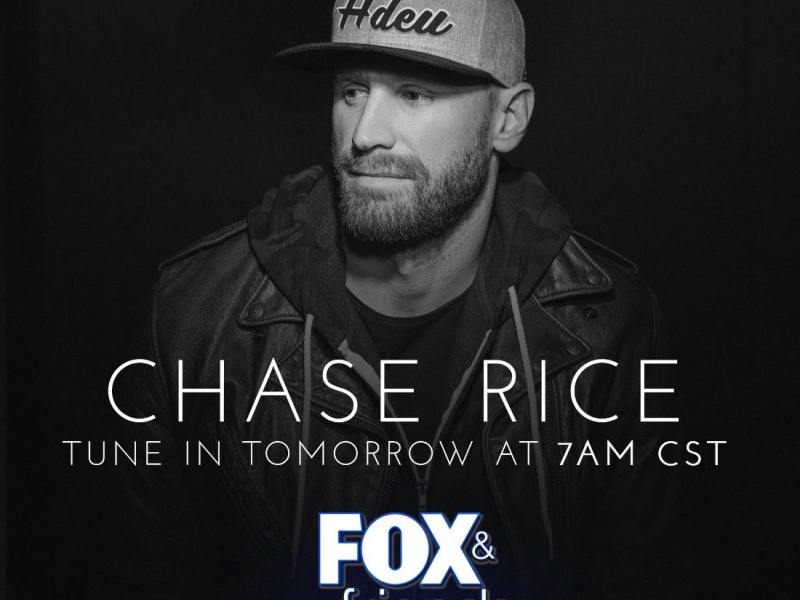 Fresh off announcing the upcoming release of new music, multi-Platinum entertainer Chase Rice will join “Fox & Friends” tomorrow, April 17, via video chat to perform current Top 25-and-climbing single “Lonely If You Are” and talk about his forthcoming The Album Part II.

As Rice announced live on “Good Morning America” this week, the four-song digital project is set for release Friday, May 15. Titled in keeping with January’s chart-topping surprise release of seven-song The Album Part I, the new music will combine with that earlier collection and additional forthcoming songs as Rice continues this unique model of releasing new music frequently.

One of the songs fans have to look forward to on The Album Part II, “Belong,” shares a timely message in the face of today’s uncertain environment: “Where we’re going we don’t know/ But we’re going there together/ We’re right where we belong.” In keeping with that notion, Rice is seeking submissions documenting how fans are spending their quarantine for the song’s music video. “Whether it’s beer pong, checkers, board games, playing guitar, eating dinner with the family for the first time in years,” he shared, “let’s see it.” Fans can submit videos HERE.