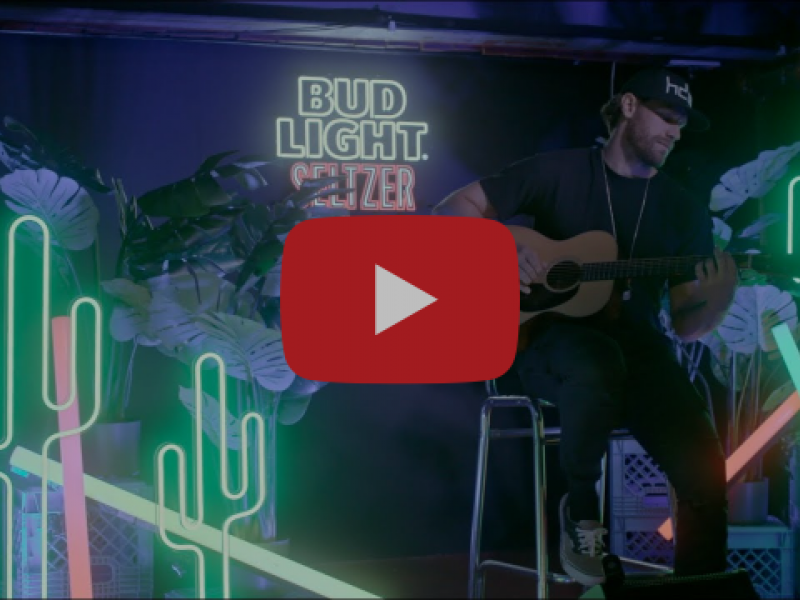 NASHVILLE, Tenn. – Multi-Platinum entertainer Chase Rice continues the celebration of his recent two-week No. 1 hit “Drinkin’ Beer. Talkin’ God. Amen. (feat. Florida Georgia Line)” with today’s announcement of his upcoming Bud Light Seltzer Sessions tour, kicking off Wednesday, September 8 in Columbus, Ohio.
“We’re bringing the energy of our full live show back to some of our favorite small stages,” shares Rice. “We’ve been dreaming this up for a long time and the timing is perfect because now we get to play some new music for y’all when we play these small rooms!”
Fans can enter for a chance to attend the win-your-way-in shows at ChaseRice.com/BudLightSeltzerSessions, with even more chances to win via Country radio stations in each market and on Rice’s social channels.“When I first started playing with just me and a guitar, it was sitting on barstools in venues like these,” adds Rice. “There’s something really special about stripping it back to how these songs were written, to how I got started. No show will be the same as we’re making it up as we go, but that’s what I love: hearing y’all yell songs from the crowd and us singing them together.”
Rice is the latest artist to perform as part of Bud Light Seltzer Sessions: Your Flavor Your Show, which brings A-list superstars to small stages arousnd the country for exclusive performances.