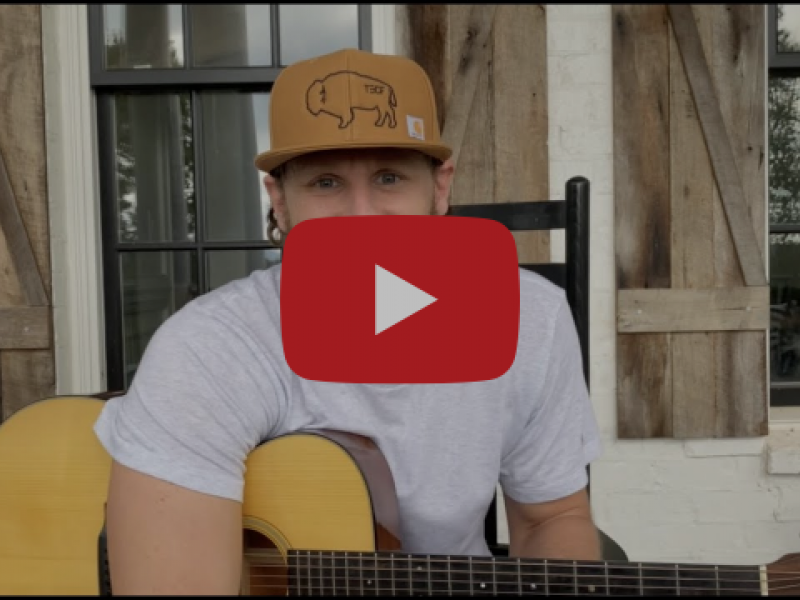 CLEVELAND, Ohio. – Multi-Platinum entertainer Chase Rice has partnered with Forward Hospitality Group to announce brand-new entertainment venue Welcome to the Farm set to open in Cleveland, Ohio in December 2021. Rice has been an integral part of the design process for the venue, which will offer live music, drinks and bar food, to give patrons a glimpse into the lifestyle behind his music.

“We’ve been working on this for a while and I’m excited to finally let everyone in on the secret,” shared Rice. “I’ve had a blast learning about another side of the entertainment and hospitality industry and getting to put my stamp on things at Welcome to the Farm. I can’t wait to welcome y’all in December!”

The 5,250 sq. ft. brand-new building is located in the heart of the Flats East Bank live/work/play entertainment district and is situated directly on the Cuyahoga River as it flows into nearby Lake Erie. Anchored by a center stage which will play host to frequent live music, the space with capacity for 280 people is flanked by bars on each side with garage doors opening on all sides and a patio overlooking the water. Forward Hospitality Group, which operates 15 total venues, also owns FWD and Good Night John Boy within the vibrant development.

The Ohio locale is a natural fit for Rice, whose late father grew up in the Columbus area and played football for the Ohio State Buckeyes. Rice himself has enjoyed touring success in the region over the years, frequently naming the state among his favorite places to perform.

“Not only is Ohio special to me as an artist and because of my dad’s connection to the area, but Cleveland itself is also a really inspiring city as a musician,” notes Rice. “It’s awesome to know that we’ll be just a mile down the road from the Rock & Roll Hall of Fame, which is home to people like The Rolling Stones, Bruce Springsteen, Nirvana, Tom Petty and so many more who have all had a huge impact on my career.”

With the venue, Rice plans to bring the Country lifestyle of his Tennessee farm to the birthplace of Rock & Roll, just as brand-new single “If I Were Rock & Roll,” continues to infuse Country radio with the authentic attitude of the Cleveland-born genre.

The song, available everywhere now, has earned early praise from fans and media alike, with Billboard, CMT, Entertainment Tonight, ET Canada and more naming the Jay Joyce-produced track among the best new releases of the week and Music Row praising the song as “charmingly written,” noting, “It’s a jaunty ditty about love and fidelity that brings a smile to your face. The shuffling, bright, light-hearted production is mighty endearing, too.”

About Chase Rice
With more than 2 million albums sold and over 2 billion total streams, plus a legion of passionate fans at his high-energy concerts across the globe, Chase Rice has established himself as a powerful force in Nashville and beyond – yet he genuinely sees new release “If I Were Rock & Roll,” available everywhere now, as the launching pad for music that says what he wants to say, how he wants to say it. The brand-new single serves as a follow up to his three-part project, The Album, featuring his latest No. 1 hit, “Drinkin’ Beer. Talkin’ God. Amen. (feat. Florida Georgia Line)” and Platinum-certified Top 10 hit “Lonely If You Are.” This is the same gravelly-voiced Chase Rice fans first fell in love with years ago – but better. Freer. Unbeholden and uninhibited, somehow capable of evoking Chris LeDoux and The Chronic, campfire singalongs and stadium anthems, all at once. The new music builds upon the success of his sophomore album, Lambs & Lions, which featured the Double-Platinum, two-week chart topper “Eyes On You” – Rice’s first No. 1 as an artist and the most-streamed song of his career (nearly 550M streams to date). Lambs & Lions followed Ignite the Night, which debuted at No. 1 on Billboard’s Top Country Albums and No. 3 on the all-genre chart, producing a pair of Top 5 hits; “Ready Set Roll” and “Gonna Wanna Tonight.” In addition to supporting Kenny Chesney’s The Big Revival stadium tour, Rice has consistently sold out 2,500-3,000 seat venues on his own headlining tours and is set to join Kane Brown’s Blessed & Free Tour in early 2022.