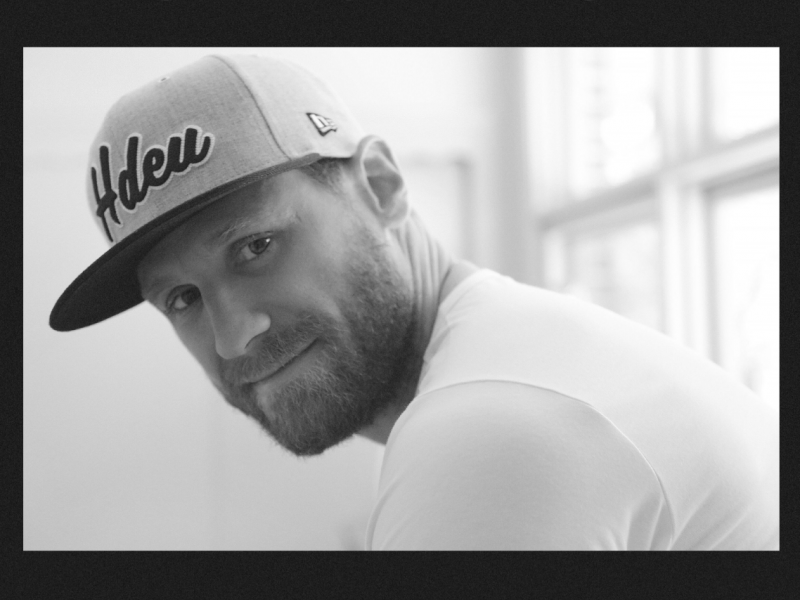 Fresh off his two-week No. 1 “Eyes On You” that has accumulated more than 130 million streams, multi-Platinum entertainer Chase Rice is back at it with the first taste of new music. With excitement already percolating on acoustic versions posted to Rice’s social media among fans eager for more, he used his headlining slot at Ascend Amphitheater during last night’s CMA Fest performance to announce what his followers have been waiting for: “Lonely If You Are” is now available on all digital retailers.

“‘Lonely If You Are’ starts out simply with just an acoustic guitar, which is a different sound for me than what people might be used to, but it also goes back to how I started in Nashville - when it was just me with a guitar writing songs,” explains Rice of the Chris DeStefano-produced song. “Lyrically, it's telling this special girl that even though we might not officially be together right now, ‘go ahead – have a good time with your friends... but when that all fades away, give me a call. I'll be there.’ I wrote this song with Lindsay Rimes and Hunter Phelps, and it's been the front-runner to follow ‘Eyes On You’ since the day we wrote it, so I can't wait for the fans to hear this one.”

Rice’s thrilling Ascend Amphitheater performance followed an exciting day for the self-proclaimed Garth Brooks superfan, as the Country music legend surprised him live during an interview on “Entertainment Tonight” to serve as Nancy O’Dell’s co-host. “You are the reason I’m up here on ‘Entertainment Tonight,’” Rice told Brooks before discussing his winding path to chart-topping success and receiving an incredible offer from the superstar: “Let’s do a deal, okay? Let’s say if we ever did play Nissan Stadium, you want to open that show?” Watch HERE.

Letting fans behind the scenes of this wild ride, Rice recently debuted Part 1 of his “Eyes On You – The Journey” YouTube series. Cataloging the past two-plus years, the mini-documentaries give a glimpse into the path that took “Eyes On You” from the writing room in February of 2017 to the top of the charts, and Rice from a place of uncertainty to this current moment which he considers the true start of his career and which set the stage for follow-up “Lonely If You Are.” Parts 2 and 3 will follow this Sunday, June 9 and next Sunday, June 16.

In addition to the release of new music, Rice continues a busy touring schedule throughout the remainder of the year, as his ongoing Eyes On You tour crisscrosses the U.S. and Canada plus an Australian date in August before his The Pint of It All Tour hits Europe to kick off 2020.

About Chase Rice:
Country music maverick Chase Rice has become one of country music’s most exciting figures since arriving in Nashville, building a loyal fan base across the country through his energetic live shows and gaining the attention of music critics and industry professionals alike with his edgy, eclectic sound. The Tar Heel State native recently released his first taste of new music with “Lonely If You Are,” now available on all digital platforms. The song follows his sophomore album, Lambs & Lions, released with Broken Bow Records in November 2017 and featuring two-week chart-topper “Eyes On You” – Rice’s first No. 1 as an artist and the most-streamed song of Rice’s career with more than 130 million streams and counting – as well as Top 20 lead single “Three Chords & the Truth.” Lambs & Lions followed Ignite the Night, which debuted at No. 1 on Billboard’s Top Country Albums and No. 3 on the all-genre chart, producing a pair of Top 5 hits; the Platinum-certified “Ready Set Roll” and “Gonna Wanna Tonight.” After supporting Kenny Chesney’s The Big Revival Tour, Rice consistently sold out 2,500-3,000 seat venues on his headlining JD and Jesus Tour, Everybody We Know Does Tour and Lambs & Lions Tour. He recently served as direct support on the Luke Bryan Farm Tour 2018 and headlined a U.K. run in advance of his highly-anticipated Eyes On You Tour, currently underway.