CHASE RICE AND LANCE ARMSTRONG TALK “HEAD DOWN EYES UP” ON “THE FORWARD” PODCAST, NOW AVAILABLE 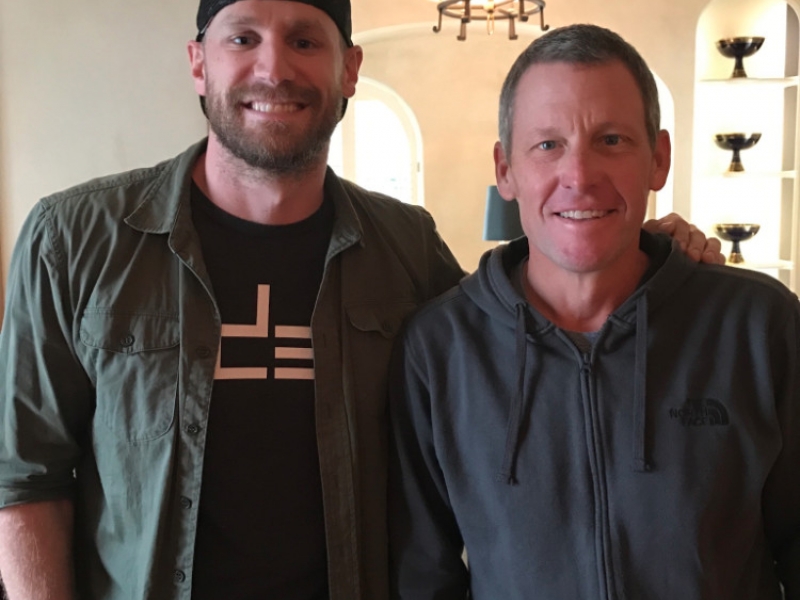 NASHVILLE, Tenn. – Chase Rice’s journey into music has been anything but ordinary, with ESPN’s Marty Smith calling Rice’s metamorphosis from NFL hopeful to NASCAR pit crew member to Platinum-selling country music recording artist a “real-life ‘Forrest Gump’ script.” While his ascent has been steady, a groundswell building upon raucous, sold-out live shows, a deep connection to fans and unvarnished authenticity both in music and in life, Rice is quick to acknowledge the experiences – both good and bad – that keep him motivated and inspire his personal creed: Head down. Eyes up. Keep going. Rice expands upon his music, his story and what the Head Down Eyes Up (HDEU) brand represents in a candid interview on “The Forward” podcast with Lance Armstrong, a series that focuses on giving the audience a rare and revealing listen to Armstrong’s conversations with an eclectic range of compelling personalities from GRAMMY Award-winning artists like Jason Isbell and Ben Harper to New York Times best-selling author Malcolm Gladwell and legendary tennis champion Chris Evert, to name a few.

Rice’s episode of “The Forward” is now available at http://bit.ly/ForwardEp23.

“Head down, eyes up, keep going just works so well for everything I’ve done in life, just to put those blinders on and focus on the task in front of you – focus on the album, focus on the song, focus on going to visit this station to get your song played, or whatever it is, because if you focus on those steps, the only thing that can stop you is yourself,” Rice shares. “And it works too when things are great. I’ve had points in my career where I felt like the new hot [thing] in Nashville and what happens is you start forgetting about the music and that’s what really matters. So if you start putting those blinders on to all the people telling you you’re great, too, still the only thing that can stop you is yourself.”

Rice, who initially broke onto the Nashville music scene as a songwriter on Florida Georgia Line’s massive Diamond hit “Cruise,” put out several albums of his own and toured as an independent artist before signing a unique deal with Columbia Nashville and scoring his first No. 1 album with 2014’s Ignite the Night. That album, recently certified Gold, produced a pair of Top 5 hits with the Platinum-certified “Ready Set Roll” and Gold-certified “Gonna Wanna Tonight” as Rice continued his relentless touring schedule, opening for superstar act Kenny Chesney and Dierks Bentley and expanding his own headlining shows from smaller clubs to selling out 3,000-seat capacity venues.

Ever the entrepreneur, Rice also took his “Head Down Eyes Up” motto and developed it into a merchandise brand focusing on athletic apparel, which he sells at his live shows and via a successful online store here. He recently released “Everybody We Know Does,” the first single from his forthcoming studio album expected in early 2017, and is currently on his fifth headlining tour, the Everybody We Know Does Tour.

Upcoming dates for the Everybody We Know Does Tour are as follows:

For more information or to purchase tickets for the Everybody We Know Does Tour, visit www.chaserice.com or follow on Twitter @ChaseRiceMusic and www.Facebook.com/chasericemusic.