CHASE RICE’S VIRAL HIT “EYES ON YOU” EARNS NO. 1 MOST ADDED AT COUNTRY RADIO 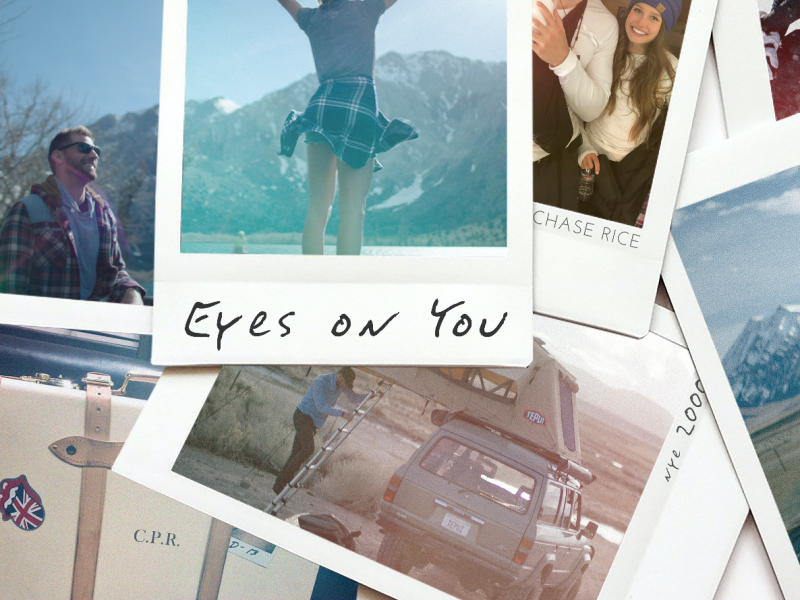 Broken Bow Records’ Platinum-certified artist Chase Rice made a triumphant return to country radio with his new single, “Eyes On You,” becoming the No. 1 Most Added song in the format. The mid-tempo ballad paints a picture of a man so in love with a woman that nothing else in the world can take his eyes away from her. Hitting the U.S. Viral 50 Chart immediately after its release, “Eyes On You” was an instant fan-favorite on streaming services, having been streamed over 50 million times worldwide already – averaging more than 250,000 streams daily – before even being announced as a radio single.

Written by Rice alongside frequent collaborators Ashley Gorley and Chris DeStefano, the singalong chorus of “Eyes On You” tells the story of a man so enamored by a woman that the world’s most beautiful settings pale in comparison. Drawing inspiration from a true story of a trip to Hawaii, the lyrics reminisce on some of the most enchanting views in the world. The accompanying music video, which can be seen here, takes Rice and friends on a similarly stunning expedition to California. The trip was not without drama - while snowboarding during the video shoot, Rice sustained a torn pectoral muscle that required surgery. Always one to bounce back for his fans, Chase delivered a performance of a lifetime just three days post-op still decorated with stitches and an arm sling.

"The day we wrote this song we knew it special," the North Carolina native reveals. "Yes, it's a groove, but what I love is that it was born out of the notion 'no matter where I go, no matter what I do,' when we're there together I'm in THAT moment and nothing else matters. To the fans singing these lyrics back night-after-night,, I see you. Thank you for making this a huge song for us already!"

Vevo debuted a stripped-down version of “Eyes on You,” which Taste of Country says “highlights this reminiscing alongside delicate strums of an acoustic guitar. Backed by a keyboardist, two guitar players and a percussionist, he further gets this feeling across to the listener.”

With the pure emotion evident in his vocals, Sounds Like Nashville describes Rice as relying “more on his natural ability and less on over-production to portray his message” throughout the piano-based love song, noting that “the vulnerability Rice puts on display… is a testament to his growth in the genre and shows promise of all that he has left to do. He has defined his artistry somewhere between bro-country and country-crooner, forging a path of his own that stays true to him and his natural talent.”

“Eyes On You” is the follow up to his Lambs & Lions lead single “Three Chords & The Truth,” a Top 20 hit at country radio and the first taste of music from Rice since joining new label home BBR Music Group. Rice is currently playing shows across the country on his Lambs & Lions Tour before traveling to the United Kingdom this fall.

About Chase Rice
Country music maverick Chase Rice has become one of country music’s most exciting figures since arriving in Nashville, building a loyal fan base across the country through his energetic live shows and gaining the attention of music critics and industry professionals alike with his edgy, eclectic sound. The Tar Heel State native recently released his sophomore album, Lambs & Lions, with new label Broken Bow Records. The first single from Lambs & Lions, “Three Chords & The Truth,” was a Top 20 hit at country radio and the follow-up, “Eyes On You,” is already a major hit with fans who streamed it over 40 million times before even learning it would be the next single. Rice’s debut album Ignite the Night debuted at No. 1 on Billboard’s Top Country Albums and No. 3 on the all-genre chart, and produced a pair of Top 5 hits, the Platinum-certified "Ready Set Roll" and “Gonna Wanna Tonight.” After supporting Kenny Chesney’s The Big Revival Tour, Rice consistently sold out 2,500-3,000 seat venues on his JD and Jesus Tour and Everybody We Know Does Tour, and is currently on the road headlining his 2018 Lambs & Lions Tour.