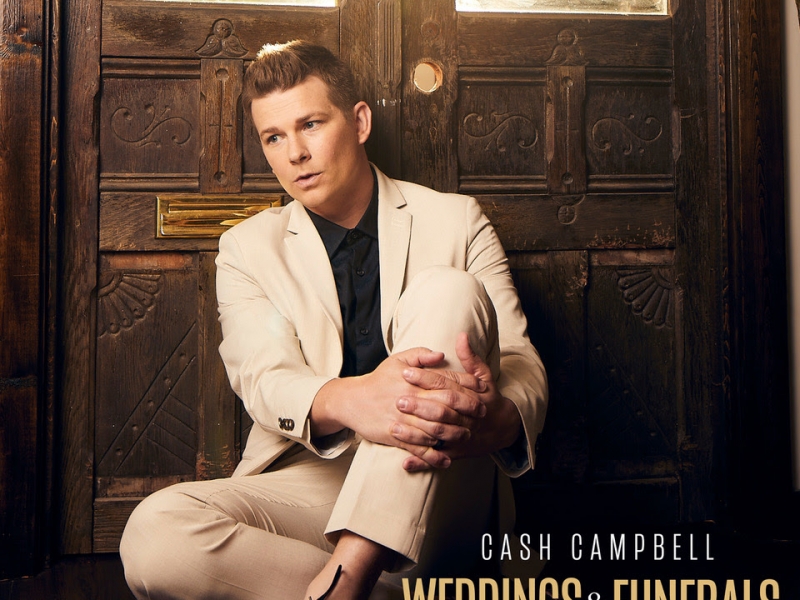 Written by Ross Copperman, Nicolle Galyon and Jon Nite, “Weddings & Funerals” is one of those “punch you in the gut” songs.

Ever since you left, I’ve been leaving
If you see my truck, there’s a damn good reason
Everything I pass is the past
So I only come back for weddings and funerals

“I’ve had people come up to us after shows and say things like ‘I was standing in the crowd listening… and tears just started streaming down my face when you played ‘Weddings & Funerals.’’ The story of this song in itself is wild and to have ONErpm’s support for its release means so much to me,” Campbell says.

“Cash is a multifaceted artist who has the ability to inspire and entertain an audience with ease,” affirms Ken Madson, general Manager, USA, ONErpm. “Jeff Tobias, the entire ONErpm team and I are thrilled to have him on board and look forward to his upcoming releases.”

Hailed as a “true representation of current country for the next generation” by CMT, Campbell burst onto the Nashville scene in 2017 with “Cannonball.” Shortly after that “The In Between” hit Top 40 on Billboard’s Country Indicator and Top 20 on MusicRow’s Country Breakout charts. He was also selected by CMT for their Artist Discovery Initiative.

For more information, visit his website, cashcampbellmusic.com, and check out his socials.

About Cash Campbell
With his strong, lush vocals—glittering, guttural and ethereal—it’s no wonder that fans around the globe are already captivated by country newcomer Campbell as he continues to rack up millions of streams on multiple platforms since the release of his debut song, “Cannonball." After growing up singing in a small-town Texas choir and spearheading several different rock-focused bands over the years, Campbell’s deep-running Lone Star roots began to show as his solo career took shape. Channeling those influences but looking to stand apart from the country pack, Campbell teamed up with Peer Aström (the Swedish composer partly responsible for Glee's soundtrack) and musician Chris LaCorte. Together they homed in on a sound that handpicks the best musical elements from each of their hometowns—down-to-Earth realism from Dallas, relatable songwriting from Nashville and irresistible electronic energy from Stockholm—fusing them into a mix that exists in a lane of its own.