IN CASE YOU MISSED IT: SCOTTY McCREERY APPEARED ON NFL NETWORK’S “FANTASY AND FRIENDS” YESTERDAY 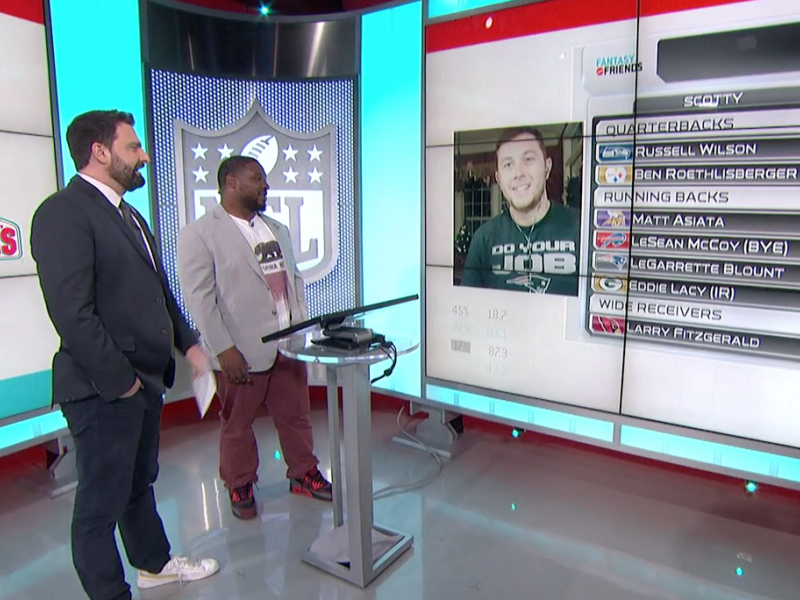 NASHVILLE, Tenn. – Country music sensation and sports enthusiast Scotty McCreery made a return appearance on the NFL Network’s “Fantasy and Friends” yesterday, Nov. 9.  While on the show, hosts Maurice Jones-Drew and Dave Dameshek set his fantasy football league lineup for the next week. McCreery previously appeared on the show earlier this season in September.

The multi-Platinum-certified singer/songwriter appeared on “Fantasy and Friends” via Skype from his North Carolina home, where his Christmas holiday decorations were already on display. Dameshek called McCreery out on his early celebration. “I get in the spirit early,” said the ACM, BMI and CMT award winner, who went on to sing an ode to his hero, New England Patriots’ quarterback Tom Brady, to the tune of  “O Christmas Tree.”  Highlights from his appearance can be viewed HERE.

After winning “American Idol” in 2011, Scotty McCreery made history as both the first country artist and the youngest male artist to debut his first studio album, the Platinum-certified Clear as Day, at No. 1 on the all-genre Billboard Top 200 album chart.  The North Carolina native has gone on to see all three of his albums debut at No. 1 on a Billboard album chart, with current sales nearing 3 million copies. In addition to receiving both a Platinum and Gold album, he’s earned one Gold single and three Platinum singles, and achieved two Top Ten hits with “Feelin’ It” and “See You Tonight.” The latter song earned McCreery both his first BMI Award for writing one of the Top 50 Country Songs of 2015 and his first Music Row No. 1 Challenge Coin.  He was named the ACM New Artist of the Year Award in 2011, and won the CMT Music Award for Breakthrough Video of the Year (“The Trouble with Girls”) in 2012; American Country Awards for new Artist of the Year in 2011 and Breakthrough Artist of the Year in 2013; and Inspirational Country Music Award for Mainstream Country Male Artist of the Year in 2013.  The readers of The Los Angeles Times voted him the “Best American Idol” in February 2016, while the readers of Nash Country Weekly Magazine ranked him as both Country Music’s Sexiest Man and Country Music’s Hottest Bachelor.  A crowd favorite, he has toured with Brad Paisley, Rascal Flatts and on his own. McCreery released his first book, Go Big or Go Home: The Journey Toward the Dream, earlier this year.  For more information, visit www.ScottyMcCreery.com.