IN CASE YOU MISSED IT: KELLIE PICKLER ON “ELLEN” 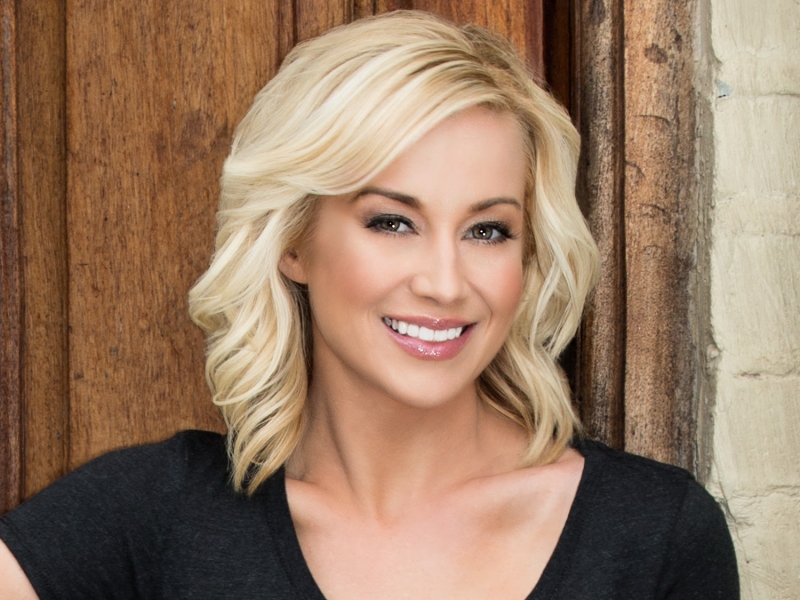 Tuesday, November 10, 2015 - 8:30pm
Related Client:
Kellie Pickler
This Week - Pickler and Husband Kyle Jacobs Will Appear Together on “Access Hollywood Live” on Nov. 11 and “The Real” on Nov. 12

Next Week – Pickler and Jacobs Will Guest on “Larry King Now” on Nov. 16 and “Steve Harvey Show” on Nov. 19

NASHVILLE, Tenn. – (Nov. 10, 2015) – Country music sensation Kellie Pickler appeared today on “The Ellen DeGeneres Show” where she talked about her new hit CMT docu-comedy television series “I Love Kellie Pickler.” During the chat, she also revealed the one thing that annoys her about her husband, songwriter/producer Kyle Jacobs, who also co-stars with her on the CMT show. You can watch that segment of “Ellen” here. "Ellen" posted a photo of Pickler and DeGeneres together on the show's Instagram.

Pickler and Jacobs will appear together on “Access Hollywood Live” on Wednesday, Nov. 11. OnThursday, Nov. 12, the couple will make their debut appearance on “The Real.”

The talented twosome were recently interviewed on FOX News Channel’s “FOX & Friends” on Nov. 4;“Entertainment Tonight” and “FOX 411 Country” on Nov. 5; FOX News Radio on Nov. 6; and “Good Day LA” on Nov. 9. Pickler was interviewed solo on BehindTheVelvetRope.TV on Nov. 4.

About Kellie Pickler:
Kellie Pickler gained fame and won television viewers hearts as a contestant on the fifth season of “American Idol” at the age of 19. In 2006, she released her debut album, which sold more than 900,000 copies and produced 3 hit singles. She released her follow up album in 2008 and in 2011 released 100 Proof to critical acclaim, including being named “Country Album of the Year” by Rolling Stone. Her most recent album is The Woman I Am. In 2013, she starred on “Dancing With The Stars” and took home the Mirror Ball Trophy with dance partner Derek Hough. A year later, she voiced the lead character in the animated Veggie Tales movie “Beauty and the Beet.” She is an avid supporter of the US Military men, women and families and has completed 9 USO Tours. Earlier this year, she launched “Selma Drye by Kellie Pickler,” her home goods line in cooperation with the Opry Stores. Kellie and her husband Kyle Jacobs currently star in the hit TV docu-comedy “I Love Kellie Pickler” on CMT. For tour schedules and more information, visit www.KelliePickler.com. Follow her on social media at Facebook, Twitter and Instagram.
# # #
For more information: