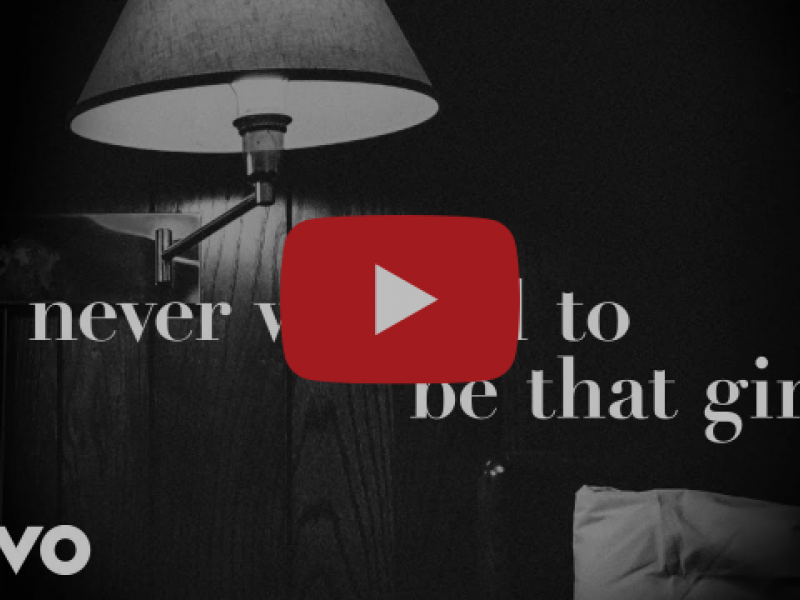 NASHVILLE, Tenn. – Few can keep up with Carly Pearce and Ashey McBryde in the songwriting and wide-open vocal department; especially as the woman whose “Next Girl” was the only Country song cited by TIME as a “Song of the Summer” is mining her own tumult and deep, soul-shaking disappointment, while the “Girl Goin’ Nowhere” continues to prove naysayers wrong with her latest project, Never Will, as it became the only Country album nominated for Country Album of the Year by the ACM, CMA and Recording Academy in the same award season. Now, with the two powerful songstresses combining forces, the ravaged Country tradition of the hard truth cheating song is reignited with brand-new single “Never Wanted To Be That Girl.”

Written by Pearce, McBryde and co-producer Shane McAnally, the clarity bomb is sung from the perspective of two women – the single girl thanking the guy who helped change her flat tire and the wife at home – discovering the man they’re involved with has someone else. The shattering truth in a text – for McBryde – and the reality of where he’s been when he gets home – for Pearce – finds the two women reeling as they consider their own blind spots in a painfully sobering moment.

“Nobody ever thinks it will happen to them,” Pearce explains. “You never see it coming, but there’s always an explanation. You know, who’d ever want to think that way about someone they love. Why would you? And so, that’s where this song started: the things you don’t see, because you’d never look.

“Ashley is such a great drop-into-the-moment writer, she was able to bring that reality bomb truth to what we were doing,” continues Pearce. “She’s fearless, and she understands human nature in a way that let us both really write to the hurt of realizing we’ve been lied to by someone we’re intimate with.”

“Carly isn’t afraid to face the less potable subjects,” McBryde offers. “As a writer she’s willing to get in there and get very honest. Writing this song together with Shane strengthened our friendship and taught us more about one another and ourselves. Seriously, nobody wants to be the other woman. And when you find you are … damn. It’s such a gut punch.”

The third track from 29: WRITTEN IN STONE, which expands Pearce’s original seven-song 29 recording to 15 songs, “Never Wanted To Be That Girl” arrives at Country radio today via Big Machine Records and Warner Music Nashville. The high-drama, real woman duet is available to listen to now: https://CarlyPearce.lnk.to/NWTBTGPR.

In a chaotic year, Pearce has found strength in her music, whether it’s the songs she’s written, being inducted as the newest member of the Grand Ole Opry or touring as direct support on Lady A’s current tour. With PEOPLE proclaiming “with the title song as its heart-wrenching centerpiece... It may well stand as the most pathos-infused divorce song since Tammy Wynette's ‘D-I-V-O-R-C-E.’” Entertainment Weekly offering “the kind of ugly truths you can only find in a broken relationship,” Billboard opining “see-sawing between despair and hope, swagger and sorrow -- fearlessly mining her own life,” and TIME raving “an epic tale of heartbreak at the hands of a 21st-century Lothario,” 29: WRITTEN IN STONE raises the stakes.

As the Kentucky strong vocalist has said, “The more my life unraveled, the more the songs lifted me up. As the smoke cleared, some unbelievable things have happened – and more songs came pouring out. To be able to make 29: Written in Stone, to sing with Ashley or Patty Loveless, those are dreams you don’t dare to dream.”

For McBryde, her critically acclaimed career continues its ascent, most recently with three consecutive nights of sold out shows at Nashville’s famed Ryman Auditorium as part of her headlining This Town Talks Tour, where she was presented with a plaque commemorating the Platinum-certification of her most recent single, “One Night Standards.” Her 2018 major label debut GIRL GOING NOWHERE charmed the New York Times, NPR, Rolling Stone, Paste, The Washington Post and more, all en route to landing a GRAMMY nomination for Best Country Album, her first of four nominations to date and an honor that was repeated with follow-up album NEVER WILL, released in early 2020. The music itself is stadium-ready rock-and-roll with a bluegrass wink or two and country music’s storytelling heart––and McBryde, no longer new, is the music’s ordained and highly capable standard bearer.