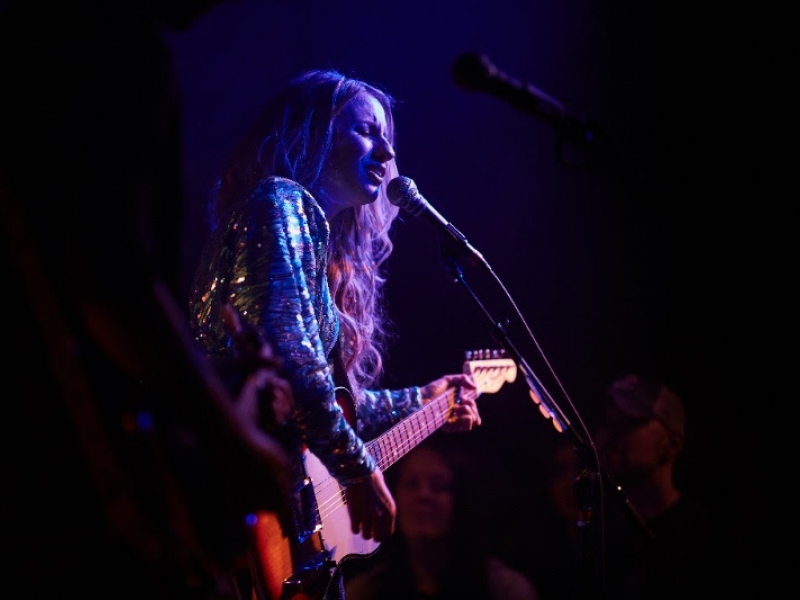 Michigan Daily said of Smith’s recent performance at the Blind Pig in Ann Arbor, Mich., “When the next big thing is in front of you, you sit up and take notice. That’s the effect Caitlyn Smith has on a room: She demands your undivided attention.”

The tour was in support of Smith’s debut album Starfire, released earlier this year on Monument Records. The Cannon Falls, Minnesota-native cut her teeth in the clubs of Minnesota’s Twin Cities where she discovered her love for songwriting and performing.

That passion led her to Music City and years spent writing for other artists including James Bay, Garth Brooks, Dolly Parton, John Legend, and Meghan Trainor, before finding her own voice and expressing what she wanted to say as an artist in her own right. Rolling Stone (print) opined, “Her voice is as big and versatile as any of the Nashville stars she’s worked with.”

In a walk up to the show Smith shared with the Tennessean, “I couldn’t think of a better place to close out my first headlining tour than Nashville. It feels good to be home. It’s been a minute since I’ve played a show here with my band, and we're so grateful and excited that we have a sold-out crowd to finish off this tour.”

Because they come from such an honest place, Smith’s songs thrive whether accompanied by a full band or heard as an intimate, solo performance. Hailed as one of the ‘top female vocalists’ on Billboard’s SXSW 2017 Music Discovery, her performance style has landed her on stages at Lollapalooza, Americana, Austin City Limits Music Festival, the iconic Apollo Theatre and now her first headlining tour.

Smith will join Grammy® Award winning superstars Tim McGraw and Faith Hill for the summer leg of their Soul2Soul World Tour. She will serve as opening act from the tour kick-off date – May 31 in Richmond, Virginia until June 23 in Duluth, Georgia.

Smith has also been tapped by Sheryl Crow to open on select tour dates this summer beginning July 15.

To find out if Smith will be playing in a city near you, visit CaitlynSmith.com.

Last month a deluxe edition vinyl of Starfire was released featuring two unreleased tracks “Breakfast in the Afternoon” and “If I Didn’t Love You.” Fans can check their local independent record store to see if Starfireis available.

The title track from the album is Smith’s current single. Her second single, “Contact High,” will impact Triple A Radio in June.