CAITLYN SMITH PERFORMS “I CAN’T” ON “THE KELLY CLARKSON SHOW” 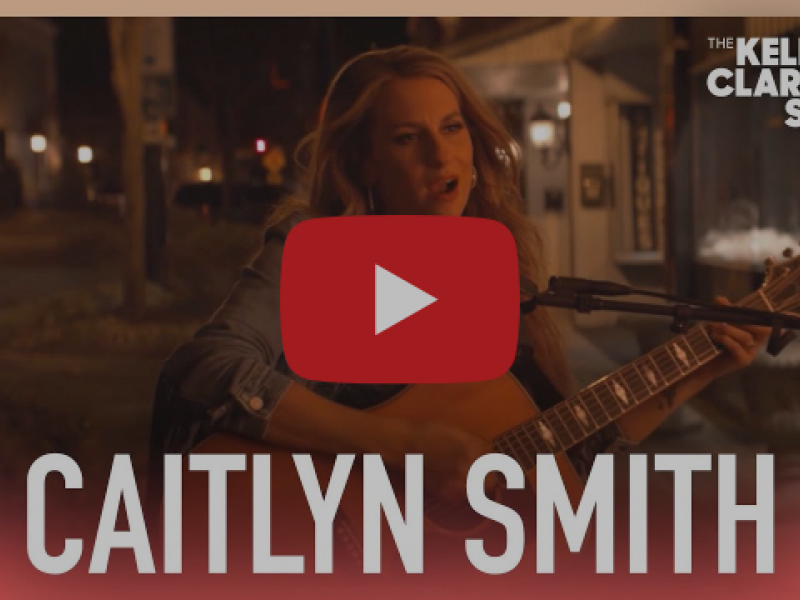 NASHVILLE, Tenn. – As her current single featuring Old Dominion reaches the top 40 at Country radio, singer/songwriter Caitlyn Smith performed a special solo version of “I Can’t” on “The Kelly Clarkson Show,” yesterday, Oct. 28. The Pollstar “Hotstar” also chatted about opening for the King of Country Music George Strait during his “Strait to Vegas” shows earlier this year where Clarkson was in attendance, later encouraging fans via Twitter to seek out Smith’s music. Watch Smith’s performance of “I Can’t” HERE and interview HERE.

“I saw our next guest at a George Strait concert this summer, and just wow, her voice is incredible, her performance was incredible, and I was so floored,” Clarkson shared as she introduced Smith.

Since moving to Nashville over a decade ago, Smith elaborated that the song was inspired by how much both she and the city have changed: “I went downtown, and I was looking at all the cranes and the skyscrapers and it hit me: this ain’t a twenty-minute town anymore. It doesn’t look the same.

“And I realized that change is something in our life that is inevitable, but it is not easy,” Smith continued. “When we come up to those things where we need to let someone go, something go, things we need to fix inside ourselves, it can be so hard and you can feel like you just can’t.”

Earlier this year, Smith released the song’s powerful video chronicling the desperate conditions many beloved live music venues have faced over the past year due to the COVID-19 pandemic, and encouraging viewers to support the National Independent Venue Association by visiting togetherwecan.caitlynsmith.com to donate to NIVA’s Emergency Relief Fund, an important cause for Smith. Watch the video HERE.

With a penchant for storytelling, “I Can’t” marks Smith’s first country airplay charting single, demonstrating that the format is a natural home for the in-demand songwriter who has had cuts by Dolly Parton, Garth Brooks, Jason Aldean and most recently on Miley Cyrus’s latest album Plastic Hearts. For more information and tour dates, visit CaitlynSmith.com.

About Caitlyn Smith
After winning a Critics Choice Award and writing songs for the likes of Miley Cyrus, Dolly Parton, Meghan Trainor and John Legend, Garth Brooks, and Jason Aldean, Caitlyn Smith has established herself as one of Nashville’s brightest rising stars. Undeniably one of the best vocalists of this generation, Smith’s 2018 Starfire and 2020’s Supernova saw her in the pages of TIME Magazine and The New York Times, and had her named to Rolling Stone’s 10 country artists to know and Paste’s 10 country artists to watch. Her current single “I Can’t” feat. Old Dominion, impacted country radio in late February. Visit CaitlynSmith.com for more information or online on Instagram and Twitter @caitlynsmith or @caitlynsmithmusic on Facebook and TikTok.