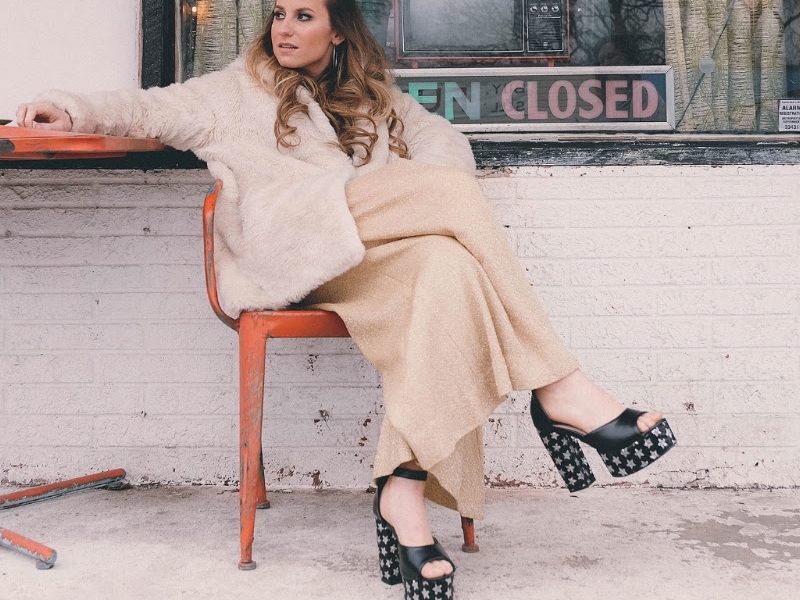 Acclaimed singer/songwriter and Monument Recording Artist Caitlyn Smith has released a new single, “Contact High,” from her debut album Starfire, released earlier this year. The second single follows the title track from the LP and is impacting Triple A Radio now.

“‘Contact High’ is one of my favorite songs on Starfire to perform live. I wrote it with dear friends, Sarah Buxton and Kate York,” said Smith. "We wanted to capture the feeling of being with that one person that makes you so happy you feel crazy...the intoxicating buzz of falling in love with someone new."

"When that person comes into your life, it messes you up in the best way," Smith added. "My husband Rollie and I have been married almost nine years and he still has the power to make me feel this way."

Smith recently wrapped her first-ever headlining Starfire Tour at Nashville’s Mercy Lounge. The twenty-four-date tour was in support of Starfire and took Smith across the country with stops in Boston, New York, Philadelphia, Washington DC, Chicago and Atlanta before wrapping to a sold-out Music City crowd. Following the headlining tour Smith hit the road with Grammy® Award winning superstars Tim McGraw and Faith Hill for the summer leg of their Soul2Soul World Tour. Smith wraps her Soul2Soul run with the superstar duo this weekend in Duluth, Georgia.

“Smith’s performance revealed commanding dynamics, from the slow and spacious ‘Before You Called Me Baby’ to the giddier rumble of ‘Contact High,’” said the Lexington Herald Leader of Smith’s Soul2Soul appearance. “Topping that was a potent vocal wail that sounded like a rootsier version of what Hill unleashed later in the show. An impressive outing.”

Beginning July 15 Smith will open on select dates for Sheryl Crow and this fall she will join Amos Lee as opening act beginning Sept. 14.

The Cannon Falls, Minnesota-native cut her teeth in the clubs of Minnesota’s Twin Cities where she discovered her love for songwriting and performing. That passion led her to Music City and years spent writing for other artists including James Bay, Garth Brooks, Dolly Parton, John Legend, and Meghan Trainor, before finding her own voice and expressing what she wanted to say as an artist in her own right. Rolling Stone (print) opined, “Her voice is as big and versatile as any of the Nashville stars she’s worked with.”

Starfire is available everywhere now: http://smarturl.it/starfire. Fans can also purchase the deluxe edition vinyl ofStarfire, online at Smith’s webstore or at Amazon. The vinyl features two unreleased tracks “Breakfast in the Afternoon” and “If I Didn’t Love You.”