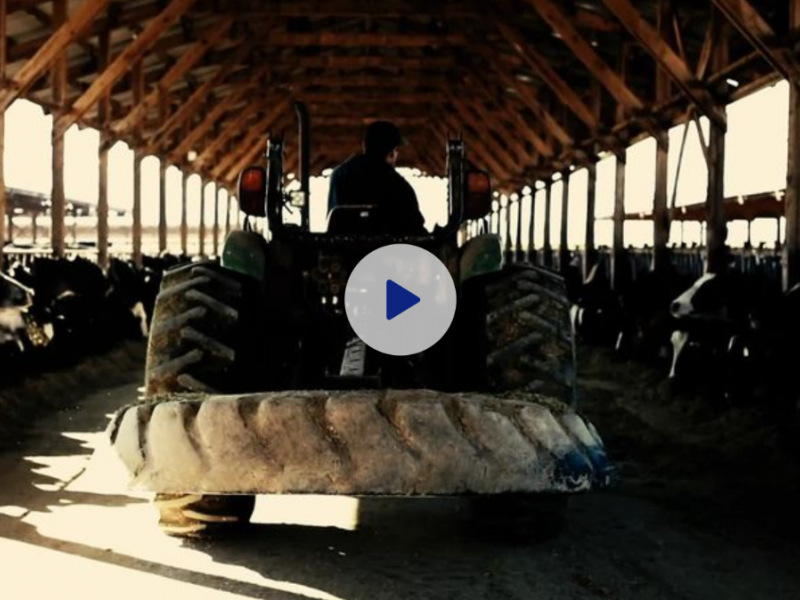 As hard-rocking country singer-songwriter Brantley Gilbert hits the road on his Fire’t Up Tour, he’s challenged his team to reimagine every element – including what fans don’t see, behind the scenes. As America’s heartland struggles to find its footing, Gilbert is partnering with Farmer Veteran Coalition (FVC) to purchase a selection of products for catering on each concert stop, spotlighting the value locally sourced meats, dairy and produce can make on each community. Alignment with FVC is a natural extension for Gilbert given the longstanding support the superstar has shown for men & women in uniform. Charged with curating farming’s next generation via mentorship of returning military veterans, the spirit of FVC is displayed HERE in a video set to “Tough Town,” an album track from Gilbert’s new album Fire & Brimstone.

“I still live in the town where I grew up, and I know that excitement for a show doesn’t start when doors open, it has the power to rally the community well ahead of when we show up to load-in and soundcheck,” shares Gilbert. “Our goal is to help boost local economies, showcase the best foods from the region and spend a bit of time thanking these great folks for all they do.”

A first for a Country music tour, Gilbert’s tour catering partner, Taste Event, will work with local farmers in 25 cities-and-counting on his 2020 tour to create a farm-to-catering approach for the tour's footprint. Farmers, and their families, furnishing the food are invited to share their stories, dine with the tour, meet Gilbert and stay for the show.

“We hear on a regular basis from our veteran members how farming has meaning beyond a livelihood,” relayed Michael O’Gorman, founder and Executive Director of FVC. “Brantley Gilbert’s historic support of veterans is what’s so great about this fit – the veterans are really looking for a purpose and a place when they exit the military, and agriculture offers them this purpose and opportunity, with both a physical and psychological benefit. And America’s farming community just happens to really need them.”

Bringing things full circle on tour, Gilbert is also associating with Musically Fed, a non-profit that distributes excess food each night to organizations tackling hunger in each market.

“Musically Fed is honored to be a partner with Brantley Gilbert on his Fire't Up 2020 Tour and Farmer Veteran Coalition. What a great way to be associated with and working alongside veterans to serve these communities in ways that will benefit many,” says Insight Management’s Maria Brunner, Founder of Musically Fed. “Our goal is to leave a footprint for it to continue. Special thanks to Brantley Gilbert and his entire team."

Gilbert, one of the few country artists to have back-to-back Platinum albums this century, borrowed the title of his latest single “Fire’t Up” to brand his current tour, which kicked off Jan. 23 with two shows in Canada, followed by 32 cities in the U.S. Joining Gilbert on the road will be special guests Chase Rice, Dylan Scott and Brandon Lay. For more details on the tour, visit BrantleyGilbert.com.

About Brantley Gilbert
With back-to-back Platinum albums and a grassroots following millions strong, Brantley Gilbert has clearly struck a nerve. The Georgia native who started as the defiant life-of-the-party can still go ‘til sunrise, but he’s also emerged as something far greater: the leader of a massive tribe of hard-working, fun-loving believers for whom electric guitar-shredding, rapping, and twang can go hand-in-hand-in-hand. They call themselves the BG Nation, and when the BG Nation watches Gilbert on a stage, they don’t just see a star. They see themselves. Seven No. 1 hits punctuate his career: “Country Must be Country Wide,” “You Don’t Know Her Like I Do,” CMA Awards Song of the Year nominee “Dirt Road Anthem,” “My Kinda Party,” “Bottoms Up,” “One Hell of an Amen” and collaboration with Lindsay Ell “What Happens In A Small Town.” Gilbert’s landmark record Just As I Am clinched the 2014 American Music Award for Favorite Country Album. Earning praise from the New York Times, NPR, American Songwriter, and more, Gilbert has mined a rich vein of conflict between the party and the pew on all of his albums. Instead of toiling in limbo, unable to enjoy good times for fear of Judgment Day, Gilbert fully lives––rowdy friend, man of faith, devoted husband, smitten new father––just as he is. Fire & Brimstone, out now (10/4/19) via The Valory Music Co., is Gilbert’s most mature and complex exploration of his world to date. Gilbert embarks on his Fire’t Up Tour 2020 on January 23 in London, Canada with special guests Chase Rice, Dylan Scott and Brandon Lay. For additional information, visit BrantleyGilbert.com or follow him on Instagram and Twitter at @BrantleyGilbert and on Facebook @BrantleyGilbertMusic.

About Farmer Veteran Coalition
The mission of Farmer Veteran Coalition (FVC) is mobilizing veterans to feed America. A national non-profit charity, it helps veterans pursue careers in farming or related agricultural professions. Representing more than 18,000 veteran members, FVC fosters the collaboration of farming and military communities and cultivates a new generation of farmers and food leaders throughout the country. They support the men and women who choose to continue their service to the country – once by defending it and now by feeding it. Rooted in their strong belief that veterans possess the unique skills and character needed to strengthen rural communities and create sustainable food systems, FVC recognizes that agriculture additionally offers veterans purpose, opportunity, and physical and psychological benefits.

In addition to their signature programs – the Farmer Veteran Fellowship Fund, Homegrown by Heroes certification, and both their National Conference and regional state chapter conferences – FVC has been successful in getting millions of dollars of USDA funds appropriated for farmer veterans and the groups that support them. They have built an extended community of organizations who look to them for leadership and guidance as the pioneer in this military-to-agriculture movement.

About Musically Fed
The mission of Musically Fed is to mobilize the music industry in the fight against hunger. We work with artists, promoters, management, and venues nationwide to donate unused, backstage meals to community organizations that feed the homeless, hungry, and food insecure. Musically Fed identifies the opportunities, procures the resources, and coordinates all aspects of food handling, transport, and distribution. Our daily goal is to make it easy for promoters and performers to leave each city they visit with a lasting positive impact. Over the past four years, our Phoenix-based non-profit has provided meals to thousands in need across America. In 2019 alone, Musically Fed collaborated with national tours that included the Zac Brown Band, Shawn Mendes, Kenny Chesney, Fleetwood Mac, Elton John, and is proud to have been invited to partner with Brantley Gilbert on his Fire't Up 2020 Tour. Learn more at www.MusicallyFed.org.