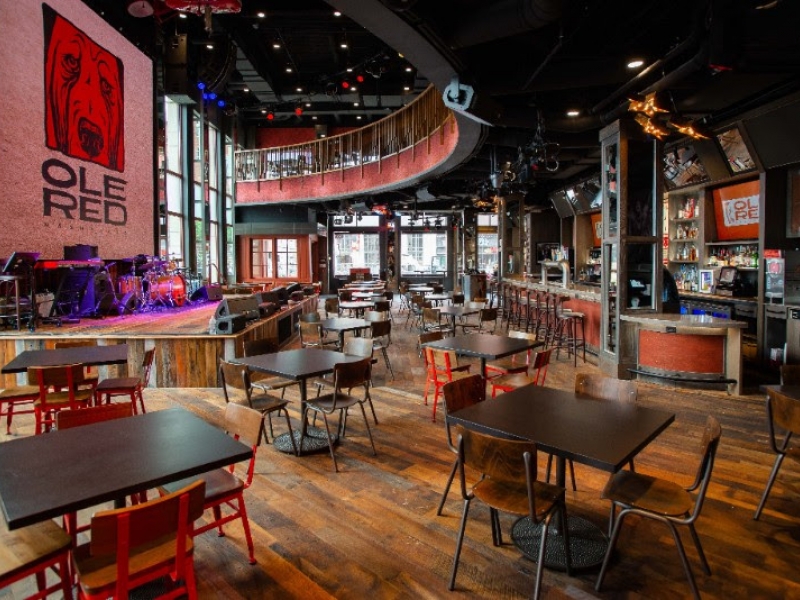 On Wednesday, June 6, 2018, Grand Ole Opry member Blake Shelton is set to officially open his new bar, restaurant and music venue, Ole Red Nashville, in partnership with Ryman Hospitality Properties. To celebrate, Shelton will co-host the fourth hour of TODAY with anchor Hoda Kotb live from Ole Red Nashville’s stage. The broadcast will air at 10 a.m. CST on NBC. That evening, Shelton will perform from Ole Red’s rooftop bar, The Lookout, on the CMT Music Awards. The annual award ceremony will air live from Nashville’s Bridgestone Arena at 7 p.m. CST on CMT.

As previously announced, Shelton will christen the stage of Ole Red Nashville, the second Ole Red location, after the award ceremony with a special, exclusive “Blake Shelton and Friends” celebratory concert. Fans had the opportunity to win one of the hottest tickets in town through contest entry and fans at home can livestream the first songs from the event on Ole Red Nashville’s Facebook page.

Those in town for CMA Fest who do not win tickets to “Blake Shelton and Friends” and want to paint the town red with Shelton can purchase tickets to his special performance at the Grand Ole Opry here. Shelton will play two shows on the Opry on Thursday, June 7 at 7 p.m. and 9:30 p.m.

A member of the Grand Ole Opry, Shelton has earned a host of honors throughout his career including 20 ACM nominations and the Top Country Artist title at the 2017 Billboard Music Awards. Shelton proved worthy of the distinction on this winter’s Country Music Freaks headlining tour alongside Brett Eldredge, Carly Pearce and special guest Trace Adkins. As a coach for the Emmy Award-winning television show "The Voice", Shelton is a six-time champion, most recently with his contestant Chloe Kohanski. Offstage, Shelton has teamed up with Ryman Hospitality to open a string of Ole Red entertainment restaurant venues, a nod to his 2001 hit of the same name. The flagship location in his Oklahoma hometown Tishomingo opened its doors in September 2017, with Nashville’s venue on lower Broadway celebrating its grand opening this week.