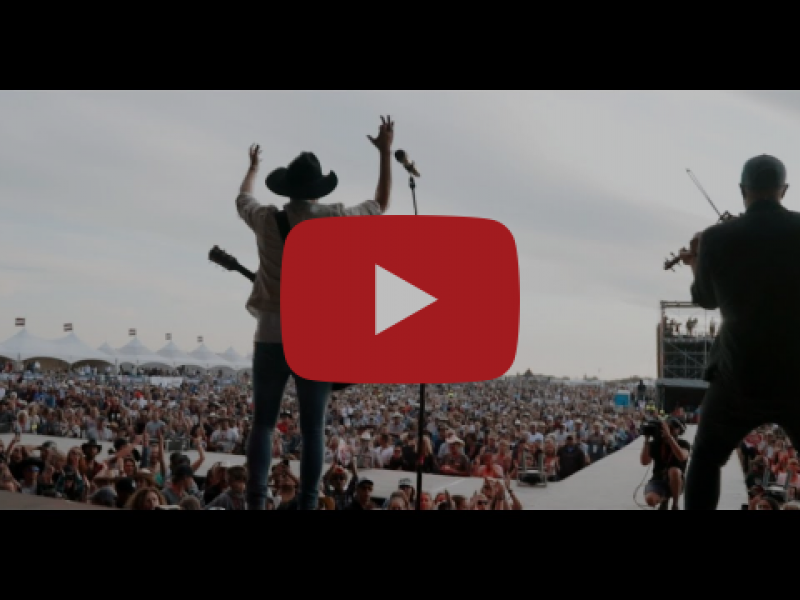 With 10 Gold and Platinum singles and two Gold albums in his native Canada, and more than 30 million streams of his recent independent release in the U.S., Brett Kissel is bringing his exciting brand of country music to the American market.

President and COO of Verge Records, Mickey Jack Cones, announced today that Kissel has signed with the label arm of the global music company ONErpm.

“Kissel is a smooth singer, gifted writer, and an incredible entertainer. He has proven that he can build a strong fanbase in Canada and the United States, and we can’t wait to work with him!” commented Cones.

“I am thrilled to have the opportunity to work with the team at Verge and ONErpm. After performing over the past few years with my heroes Brad Paisley and Garth Brooks - and cutting my teeth on songs penned by Nashville royalty - I’m ready to jump into the American market and bring my music stateside,” Kissel says enthusiastically.

Kissel grew up on a cattle ranch in northeastern Alberta, Canada that has been in his family for more than a century. In 1997, when he was just 7 years old, his grandmother bought him a $69 guitar for Christmas from the Sears Roebuck catalog because she saw “music in him.” In between his ranch chores, he learned to play on that guitar by listening to legendary country artists like Marty Robbins, Johnny Cash and Merle Haggard, though he didn’t know at the time that they were considered “traditional.” Within a few years, he was performing across Canada, playing the classic country he loved and weaving in a few self-penned songs.

Releasing his first album at the age of 12, country music came naturally to the young performer, and a loyal fan base grew quickly. In 2003, Kissel wrote a letter to his idol Johnny Cash offering condolences after the passing of June Carter. On September 12, 2003, the day of Brett’s first album release, and also the day of Johnny Cash’s passing, Kissel received a letter back from The Man in Black, with a signed 8x10 photo that read: “To Brett, Jesus First, Johnny Cash.”

“It’s my most prized possession,” Kissel says. “And ever since I was young, I feel as though in many ways, Johnny Cash has helped guide me through life and music.”

As a teenager, Kissel started making regular trips to Nashville while continuing to tour above the border. In late 2012, he landed a publishing and co-management deal with veteran Nashville manager Bob Doyle / Major Bob Music and Canadian manager Louis O’Reilly.

By 2013, Kissel had inked a record deal with Warner Music Canada and went on to release four albums, earning numerous Canadian Country Music Association awards (CCMA) and JUNO awards along the way, a trend that continued at the CCMA’s Sunday night, when Kissel won four more awards, including his third win for the Fans’ Choice Award, as well as wins for Album of the Year (Now or Never) and the coveted Male Artist of the Year.

Amid his recent accolades, Kissel is riding high, “I’ve dreamt of this moment for a long time,” he adds. “Even though 2020 has brought so much challenge and uncertainty, my music continues to be about positivity, family, and tradition. I’m so pleased to share these themes in my music with American country fans, especially at this moment in time.”

In a summer where tours were cancelled and crowds were outlawed, Kissel was the first Canadian to perform a drive-in concert, which he replicated all summer long with an impressive 24 shows, doing multiple performances per day in major markets across Canada. Due to popular demand, Kissel played to over 30,000 fans, making his Drive-In Tour one of the largest of its kind in the world, all while raising over a quarter-million dollars for local charities and food banks. Brett even caught the attention of Billboard who wrote about Kissel’s “Pop Up Boat Concert” in British Columbia that saw 4,000+ fans remain socially distant on over 450 boats this August.

Kissel is not only a creative entrepreneur, he is a proud husband of high-school sweetheart Cecilia, and father of three wonderful children, Mila (4), Aria (3), and Leo (1).

To learn more about Brett Kissel, watch “This is Brett Kissel” HERE. Riding massive success and acclaim north of the border, Kissel is bringing his brand of country music to the U.S., signing with Verge Records.Subscribe and listen to Brett Kissel's music here: https://brettkissel.ffm.to/music.