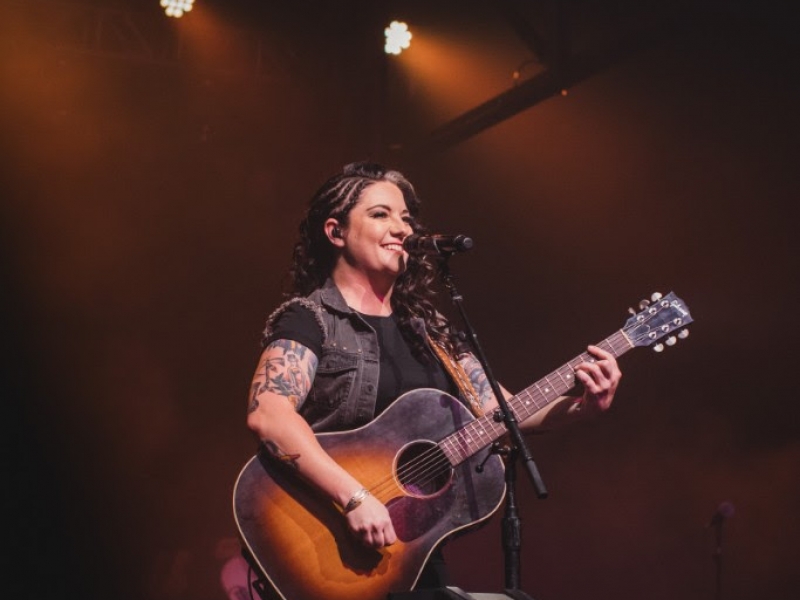 From the moment breakout country singer/songwriter Ashley McBryde took the stage for opening number “Livin’ Next to Leroy,” there wasn’t a second of her 90-minute set that the sold-out crowd at Marathon Music Works in Nashville wasn’t rapt with attention.

CMT.com reflected that fans “come to hear authentic country music, but they stay for the sharp Arkansas wit, dry sarcasm and other random thoughts [McBryde] shares between songs,” and none of those things were lacking from the Arkansas-native’s set.

Following a string of upbeat, rock-infused anthems from her major label debut Girl Going Nowhere, the artist that NPR calls “one of the genre’s most important new voices” returned to the stage alone, acoustic guitar in hand, and treated the crowd to a stripped-down performance of “Bible and a .44” followed by “Luckiest S.O.B.,” displaying a vocal command that the Lexington Herald-Leader argues is “as natural, insightful and arresting as her material.”

McBryde closed her acoustic set with her relatable and poignant song “Girl Going Nowhere,” as the band rejoined her on stage. In an emotional moment for the powerhouse vocalist, the passionate crowd cheered as she sang the lyrics:

Then the lights come up, and I hear the band
And where they said I’d never be is exactly where I am
I hear the crowd, look around, and I can’t find an empty chair
Not bad for a girl going nowhere

Fueled by talent and passion, McBryde gave the Nashville crowd everything she had returning for a two-song encore comprised of the sultry “Southern Babylon” and finished the night with fan-favorite “American Scandal.”

Before the final chorus, McBryde had one last message for the capacity crowd in Music City: “I want to remind you that you didn’t show up because we were here. We showed up because you were here.”

Despite being the self-declared “Girl Going Nowhere,” McBryde is a girl going everywhere on her first headlining tour as she continues to take her talent around the country and to the UK for some international dates with Luke Combs next month.